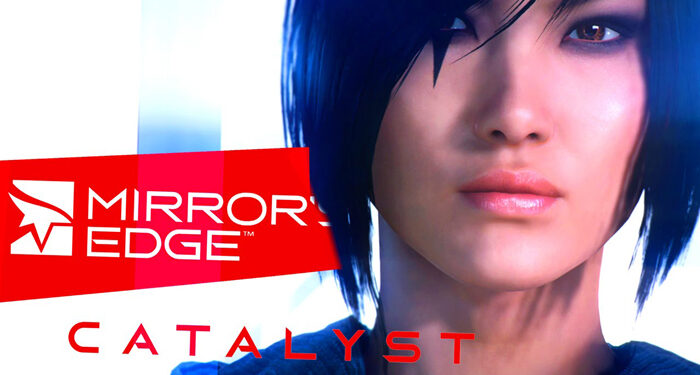 Late in 2008, Mirrors Edge was released on PlayStation 3 and Xbox 360. It is an action adventure game developed by EA DICE and published by Electronic Arts. When Mirrors Edge was first released in 2008 it was a unique combination of first person parkour platforming some hand-to-hand combat and a well-planned beautifully developed artistic world that really brought out the imagination of gaming and what we could do in the future on more powerful consoles. Would its sequel, Mirror’s Edge Catalyst be able to live up to the standards the original set? Most people really enjoyed the first release in this sequel because it was unique to any other game out there and showed some true potential. Others had problems with the physics of the game, short story mode and game bugs that popped up throughout the game but were still impressed with what EA DICE had developed thus far.

After a nearly 8 year wait for the release of Mirror’s Edge Catalyst we were unfortunately disappointed by the game overall and this showed a good example of how not to make a sequel.

We take control of slightly older Faith Connors again as we progress through the futuristic looking city that is Glass. Similar to the original Mirror’s Edge, we navigate through the city using parkour movements and actions to complete missions, dashes, evade or even fight enemies. Faith can also use zip lines and ledges to move from building to building. Or she can make use of her equipment like the Mag Rope and Disrupter to travel the gaps between buildings. Mirrors Edge offered linear gameplay but this has been replaced by a stunning open world and free roaming environment. Mirror’s Edge Catalyst has 7 different multiplayer features, which DICE calls Social Play. However, there are no live co-operative multiplayer or side-by-side competitive modes. The game features asynchronous multiplayer in which a player’s actions in the game can affect the world for other player’s games. Among these are Time Trials (Dashes) which, unlike in the 2008 game, are not pre-defined by DICE. Instead, these checkpoint-to-checkpoint paths are set by any player whereby others can race against them at their leisure for faster times. Players are also able to place Beat Location Emitters for other players to track down, an exploration activity similar to geocaching.

[pullquote]There are a huge amount of disappointing facets to gameplay.[/pullquote]

There are moments in Mirror’s Edge Catalyst that all of the components come together and fall perfectly into place. These are the moments that you can feel the thriving detailed level designs allow the fluid free running to shine and the missions to tell memorable set pieces. Besides these moments, there are a huge amount of disappointing facets to gameplay.

The worst turn off in gameplay would be combat that just seems very awkward and fake. Faith relies on her fists and feet in order to take down enemies so the game encourages you to pair movement skills with combat for maximum impact. When it works the animation and outcomes are amazing, fly kicking Ksec guards off the roofs of a building. But most of the time this does not work due to very large open areas. This leaves you slowly taking out enemies one by one with the same moves over and over again.

The enemy AI was very predictable and not smart at all making combat boring and seamless at times because you do have the option of just running away. Overall, the gameplay is still refreshing and the parkour is smooth yet realistic especially when you are on a roll. This unique style of gameplay and gorgeous graphics definitely make Mirror’s Edge Catalyst one of the best-looking games this year so far. The fact that you can complete user made dashes or create your own dashes is awesome leaving room for creativity and competition. The downfall of this game is overwhelming and leaves the player disappointed in the weak and dismal story. Sometimes during gameplay, the framerate drops leaving the player with muddy textures. The worst part of this game was definitely the uneven combat.

Mirrors Edge Catalyst was a beautiful mistake that should have either been scrapped totally or gone back to the drawing board.