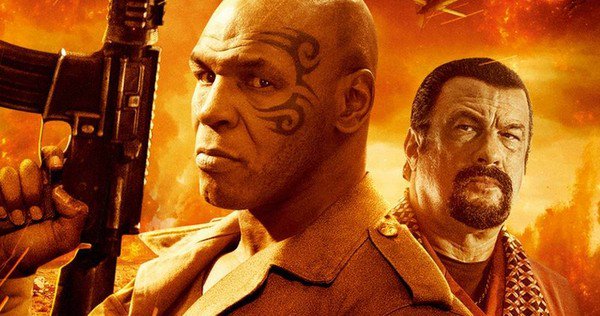 Back in the ’90s, this would have been a dream come true. China Salesman pits former boxer Mike Tyson against has-been martial arts actor Steven Seagal. And, of course, it’s the B-movie awesomeness you’d expect from two.

If you told me a few years ago that Mike Tyson would be an action star, I would tell you that you’re a liar. Never in a million years. Yet, that day has come and now I have to eat my words.

Of course, this film had plenty of challenges. Director Tan Bing has said that the process of getting both Tyson and Seagal in the film was “very difficult”. Both had a set of demands, which included filming the movie in chronological order and both Seagal and Tyson were only willing to sign if their character won the final battle. In the end, the director decided that it should end in a draw. Regardless of who wins, it’s the fans who really win here.

Based on a true story, China Salesman takes us on a dangerous and epic adventure to Africa where a Chinese engineer/salesman comes face-to-face with a corrupt competitor over the contract for the first mobile telecom technology in Africa. Local tribesman Kabbah (Mike Tyson) and mercenary Lauder (Steven Seagal) get drawn into the conflict in a classic, brutal hand-to-hand fight while the entire country faces civil war battles.