Middle-Earth: Shadow Of War Review – Building Your Army One Orc At A Time 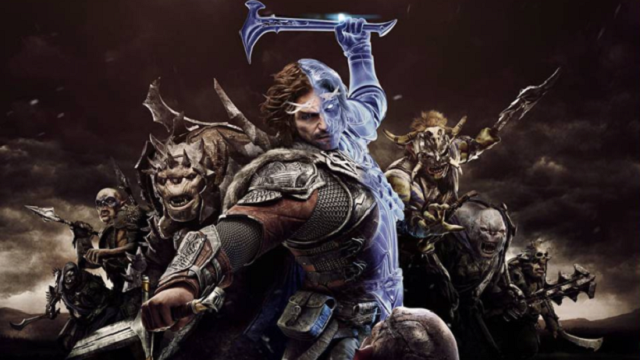 When Middle-Earth: Shadow of Mordor released back in 2014 it surprised many with how it approached the Lord of the Rings mythology and combined mechanics from well-known games, such as the Batman: Arkham series and the Assassin’s Creed franchise, to create something the that felt fresh and new. The most impressive part of the game, however, was the Nemesis System which made it stand out from the crowd of other open-world games. While the game proved to be one of the best games released that year, it did have a few nagging issues that stopped it from reaching its full potential. With the release of Middle-Earth: Shadow of War, we return to Middle-Earth and exact our revenge on those that wronged our hero. As with the first game, in Middle-Earth: Shadow of Mordor players take on the role of the vengeful undead ranger Talion and his ghostly elven companion, Celebrimbor, as they fight the forces of Sauron. While the narrative might at first seem like your standard fantasy fare of good guys out to defeat the evil bad guy and his hordes of Orcish minions, it does take a few interesting and unexpected twists and turns. The most important part though is that the story, while not the most interesting, gives you enough of a reason to pop some Orc heads and build up your very own Orc army.

Granted, most of the main quests will task you with defeating X, sneaking around and defeating X amount of Y. Basically, it’s your standard fantasy RPG. What elevates the overall experience from standard open-world fantasy games, however, is how these quests and everything else in the game intertwines with the game’s Nemesis System.

You see, as you roam each region you will come across armies of Orcs, and while these may mostly be your standard weapon wielding grunts, you’ll soon find out that there are more powerful Orcs pulling the strings. These randomly generated Orc Captains each have their own unique traits and personalities. Should Talion find himself facing the wrong side of one of these Orc Captain’s blades and have the unfortunate fate of dying, that Captain gets promoted. But unlike other games, death is not the end in Middle-Earth: Shadow of War but merely a catalyst for creating some unique experiences.

Now, remember that Orc Captain that killed Talion? Thanks to his promotion, he’s now living the good life as the one who killed The Bright Lord (that’s you). So, what should you do? Go take your revenge, of course. By interrogating certain Orcs, Talion will learn more about his foe’s weaknesses and strengths, which will help him come up with a plan on how to defeat them.

Planning ahead can mean the difference between finding yourself dying once again or defeating your Nemesis. There were quite a few times where I found myself being continually killed by one specific Orc who, after discovering his weakness, I was quickly able to defeat. But as with death, defeat does not have to be the end. When defeating an Orc Captain, Talion will have a choice of recruiting him, shaming him, or finally killing him. There are consequences to each choice, as recruiting him can bolster your forces, shaming him brings down his level but he could come back to kill you again, and killing him off would mean that some other Orc will take his place. Of course, being the vengeful guy I am, I decide to kill the Orc, this, however, did come back to haunt me. While fighting yet another Orc Captain, I suddenly found myself facing off against a second Orc who accused me of killing his blood brother (the above-mentioned Orc I killed). Spurred on by his hate for me and thanks to some help from the Orc, I was already battling I was once again killed. A fight that should have been quick and easy turned out completely different than I had initially anticipated thanks to the game’s Nemesis System. It’s this unpredictableness that makes playing Middle-Earth: Shadow of War so much fun. I ended up questioning each decision I made fearing what the consequences might be later on.

While these Orc armies are commanded by individual Orc Captains, each of the regions in the game are ruled over by an Overlord defended by Warchiefs. These Overlords reside in enormous fortresses, each with their own unique defenses. Now, those Orc Captains I mentioned earlier can also be recruited into your army, thereby bolstering your attacking forces when laying siege to one of these fortresses. It becomes crucial to pair these captains with the right units, especially when facing off against a well-defended fortress. Each Fortress has specific points that need to be captured by you and your fellow Orcs. Once all the points have been captured, you are able to challenge the Overlord and (hopefully) be victorious, thereby claiming the fortress as your own and promoting one of your faithful Orc followers as its new Overlord. Talion will also need to upgrade his newly acquired fortress’ defenses, making it more difficult for retaliating enemy forces to take it back. Naturally, defeating Orcs can be difficult if the combat system isn’t up to scratch. Luckily, Middle-Earth: Shadow of Mordor’s combat system has been tweaked to be even more fluid and fast-paced than its predecessor. Similar to the Arkham games, players will be attacking, stunning and blocking their way through combat encounters. Unlike the Arkham games, however, Talion has some very useful abilities to use in and out of combat. These abilities can be upgraded using skill points gained through leveling up. While being able to fight might see you surviving for a while, you’ll also need to equip new gear and upgrade your current equipment if you are to survive the ever-increasing threats that Talion will face.

New gear is dropped by various Orcs when killed in battle, with the gear’s level depending on the level of the Orc killed. Using gems, once again picked up from dead Orcs or found scattered on the map, Talion is able to increase specific gear stats such as damage or Talion’s health. While these gems are helpful, I never found myself going out of my way to collect them. Visually, each region in Middle-Earth: Shadow of War feels unique, from molten lava filled pits to snow-covered peaks each of the environments enticing and encouraging exploration. Thanks to the game’s fast travel mechanic, ability to summon a mount and new speed boosting wraith abilities, traveling across these stunning landscapes feel, for the most part, effortless. And trust me you’ll be doing heaps of exploring as each region map is dotted with loads of quests to complete, Orcs to kill and various collectibles to find.

Possibly the only part that seemed out of place in Middle-Earth: Shadow of War are the loot boxes, which can be purchased using real-world money. It’s not that the marketplace is intrusive by any means. It’s just that I never found myself seeing the need to use it. During my playthrough I met some memorable Orcs, made some friends who saved my life on more than one occasion, besieged many fortresses, was killed by a rhyming Orc Captain, rode atop a fire-breathing Drake and even recruited some weird and wonderful Orcs for my army. It was these experiences that stayed with me long after I completed the main quests.

Middle-Earth: Shadow of War refines and builds upon what came before and does so brilliantly, giving us a rich, new and layered experience. However, the Nemesis system is still where the game shines the brightest. It allows players to experience their own unique narratives in-between the standard main quests. With the release of Middle-Earth: Shadow of War, Monolith Productions has taken what they learned from the first game, distilled and then refined it into something equal amounts familiar and special. 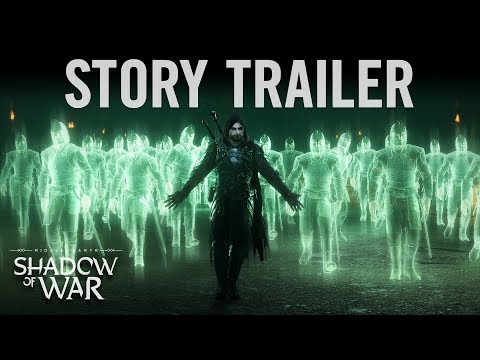