Xbox One S Review – A Great Appetizer Before The Main Course 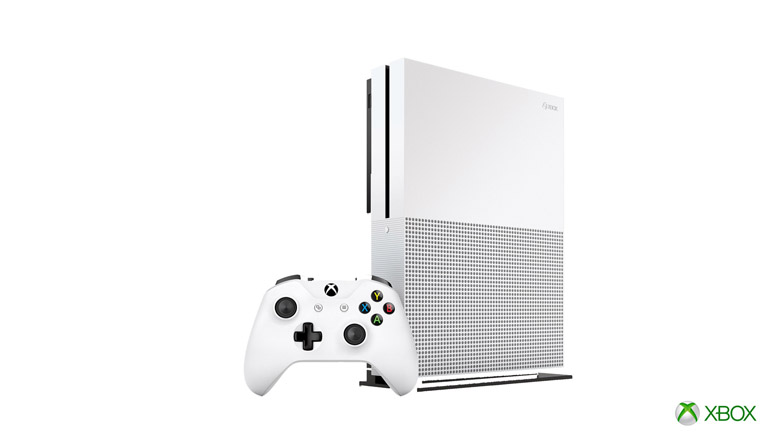 During their E3 press conference in 2016, Microsoft announced their new console, the Xbox One S. And unlike the mixed reception on the announcement of the Xbox One with its strange additions and complicated always-on approach, the One S was welcomed with open arms.

Unlike the Xbox One launch, the One S decoupled the Kinect requirement, reduced the size, switched to the now premium pearl white look, and added both 4K and HDR capabilities to both games and Blu-ray. All of this and Microsoft also reduced the launched price when compared to the original. It’s easy to assume on first appearance that the Xbox One S checks all the boxes and delivers the complete console package, but it isn’t that simple, as you’ll find out below. 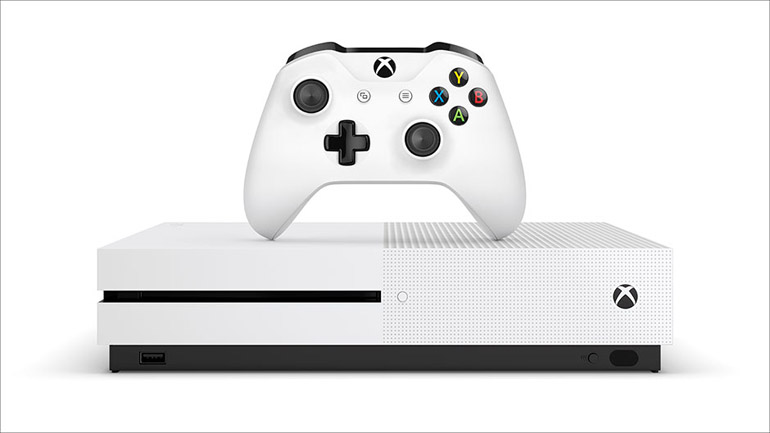 As the saying goes, art and design have a tendency to repeat itself, and on the One S the Xbox has come full circle. A few years ago, black was adopted as the premium colour of choice and many households switched out many of their appliances to comply. The One S does not blend in well with many of your other appliances on your TV stand or cabinet. That said, it’s still a beautiful piece of machinery that will add a sleek look to any living room.

If you’re going to be displaying your One S proudly, then you’ll definitely appreciate all the changes made over the original. The unit is 40% smaller. This alone is worth the revamp, but Microsoft has added a dotted grill which contrasts well with the white body. The size was also cut on the power cable, Microsoft finally gets rid of the, much teased about, power brick. Although the previous unit was able to stand upright next to your TV, it was quite an eye-sore, which has now been rectified. While I still have my doubts as to how many people would use the option, it is there and doesn’t look half bad. 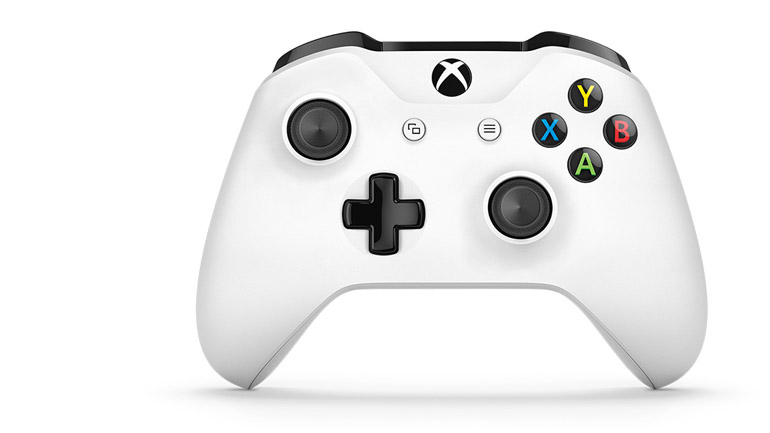 If you thought the battle of the consoles was simply down to performance or game catalogues, you’d be sorely mistaken. There’s been a long-standing debate as to which controller rules this space. I feel it’s a bit of an unnecessary comparison, as you won’t have the choice to choose either on opposition consoles, and it also comes down to user preference. In any event, the controller for the One S has been slightly tweaked. And when I say “slightly tweaked” I mean that Microsoft went back to the original design that first appeared on the originally launched Xbox One. There are some changes, but without comparing side by side, you won’t notice the difference, apart from it being white.

One of the biggest gripes for Xbox users has been the lack of wireless charging station for their controllers. Even more frustrating is the fact that the console doesn’t come standard with a charging kit, with users potentially having to fork out on batteries if they’re not using rechargeables. By today’s standards, this is environmentally irresponsible.

As noted in my review of the Xbox Controller earlier this year, it is now fitted with a Bluetooth option, which means you can seamlessly pair your device to your PC without any additional cables, and the likes. But, as the review points out, it isn’t the slickest offering on the market. Still, having the option to pair your controller on either device is a huge bonus, and is in fitting with Microsoft’s push for cross-platform play.

If you’re going to compare the Xbox One S with the Sony equivalent, it would be the PS4 Neo, and not the Pro. Even still, the most talked about feature on the One S is its 4K capability. To answer the question with a simple response would be ‘yeah’. Although that isn’t the whole truth. More on that in a bit. The One S also offers HDR support. This means that users can look forward to 4K resolution at 60Hz if your TV or display medium supports it.

So 4K? Not quite. There are a few permutations to consider. Firstly, none of the currently available consoles on the market offers native 4K resolution. Instead, they offer what’s known as upscaled 4K. The native resolutions on each console differ, which reproduces slightly different results for their 4K option, which will definitely confuse the layperson. For instance, it’s also somewhat true that all consoles, even older generations, can offer 4K. If you’re using a 4K TV or display, chances are that it has a built-in upscaling component no matter the input resolution. On the One S, PS4 Neo and Pro, however, the upscaling is done on the console side, which makes for much better viewing from the graphics engine. To further complicate things, the PS4 Pro has a resolution of 1440p, which is considered as 2K, and upscaled to 4K (essentially double the native resolution). In contrast, most of the One S games have a native 1080p resolution, which means it upscales at x4, double that of the PS4 Pro. The differences are there, but not so superior that there should be a clear winner either.

The HDR support now also provides additional visual performances. Again, the results are there, but not necessarily so superior over previous options. It’s like the difference in petrol octanes, the results are there in the end, but unless you’re comparing side by side performances, you won’t notice the difference on the fly. Overall, though, the One S does quite a bit in small quantities to make it a clear winner in performances gains over it’s older brother. As a Blu-ray Player

The Xbox One S has a very interesting feature that makes it a unique proposition. The unit offers one of the most affordable, if not the most, 4K Blu-ray players available on the market. All else out the window, if you’re looking to simply purchase an affordable 4K Blu-ray player, the One S is definitely a great option. In addition, the HDR support is extended to the player as well, making it one of the best Blu-ray viewing pleasures to enjoy at home. When you consider that the 4K Blu-ray players to beat the One S, in terms of display and resolution, come in at nearly R3,000 more, there’s enough reason to sit up and take note. 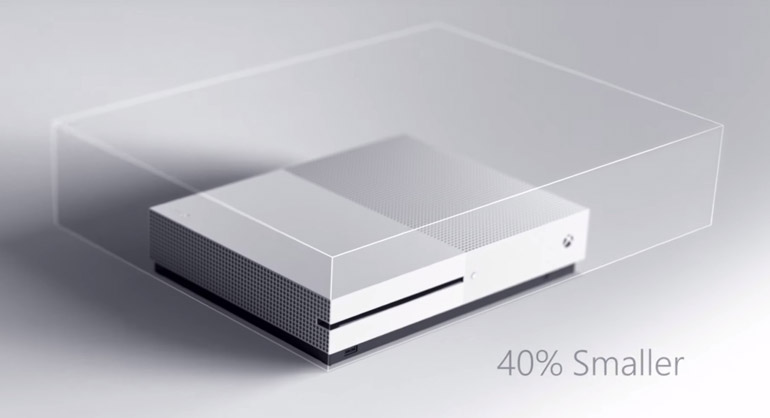 While the above-mentioned are some of the more important aspects of the Xbox One S upgrade, there are a few peripheral changes to note. The first is the update OS dashboard, which is a lot smoother and easier to navigate over the original. The One S now runs on Microsoft’s latest Windows 10 OS.

The OS also supports Microsoft’s Cortana voice assistant. But if you’re like me, I tend to disable this feature on my PC’s OS.

One of the biggest pushes at Microsoft for the Xbox eco-system is the ever-growing list of backwards compatible games on the Xbox 360. Their work with PC cross-play and the Xbox Play Anywhere, which allows you to play on both Xbox One and PC using a single key, makes for great value for your games as well. The Xbox One streaming also allows you to stream games from your Xbox One S to your PC for those games that don’t support Play Anywhere. 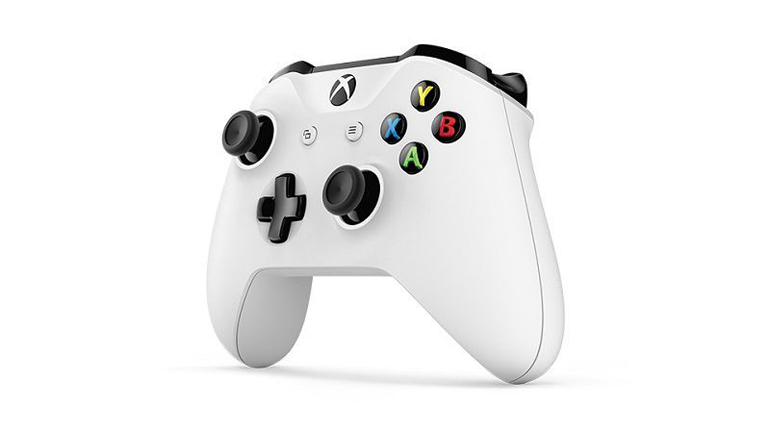 The Xbox One S is a great value proposition to anyone looking to purchase their first gaming console. Whether you should upgrade from the original Xbox One or make the switch from a PS4 is a whole other debate. For the former, there may still be a reason to hold onto your current console, given the Xbox Project Scorpio unit due to be released in late 2017 (may only be 2018 in South Africa). There may not be enough motivation as yet to make the switch from PlayStation to Xbox given the superior list of exclusives. Using it simply as a 4K Blu-ray player is worth the cost alone, and having a potential gaming machine whenever the urge strikes is great.

The unit is available in 500GB, 1TB and now 2TB options starting at prices below R5,000 for the 500GB. The debate of the superior console will continue to rage for the foreseeable future, and the Xbox One S simply adds to more backing to the argument for its fanbase, but not enough to draw users from the competition. That job will no doubt be left to the Xbox Project Scorpio. And, as the title suggests, the One S is simply a taste of greater things to come from Microsoft.