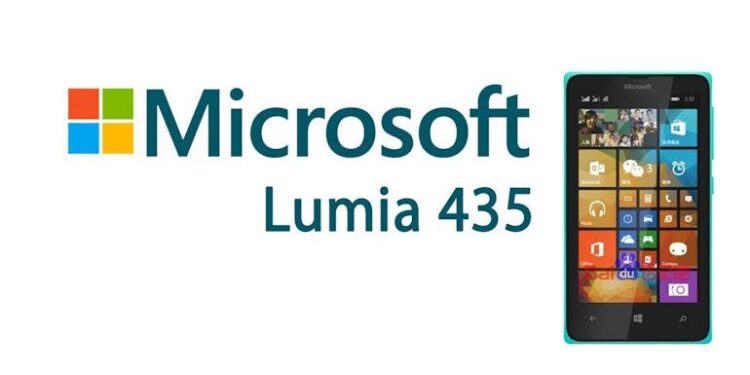 With Microsoft now firmly at the helm of the Lumia division, there has been a steady trickle of new devices being launched into the smartphone market. Microsoft has also invested quite a lot in producing budget-friendly Windows Phone smartphones to the masses, a largely competitive battlefield amongst OEMs, and even more ODMs.

In late 2014, Microsoft released the highly competitive Lumia 535, the lowest price point for the Lumia range at the time. A few months on, in March 2015, and Microsoft were at it again, this time releasing the Lumia 435 at an even lower premium. While many pundits still debate what the minimum requirement is for a device to be considered as a smartphone, Microsoft have stripped out even more over its predecessor to provide more “value” to its customers. Does the lack of any desirable specifications to drive cost reduction negate the efforts of OEMs to bring more smartphones to the masses? As with almost all manufacturers, users can spot a specific device a mile away with the standardised layout and build. Even with Microsoft taking over the build and design of the Lumia handsets, the devices still look as much a Lumia product as it has since the first Lumia 800 rolled off the production line. The Lumia 435 is no different, even in its reduced size, with touches of Nokia’s Asha series also thrown in. The unit sports a 4” screen with 800x480px resolution, similar to the Lumia 800, and pretty much all other smartphones from 2010/2011. With only 233ppi, the display isn’t great at all, well below anything HD. Considering, however, that the aim here is to migrate potential buyers from feature phones to smartphones, the display will be something of an upgrade, and is still very bright with vibrant colours, if the clarity lets you down.

Regarding the build, the 435 is small, yet bulky, measuring 118.1×64.7×11.7mm, and weighing 134.1g. The end result is quite thick, and heavy, considering the Samsung Galaxy S6 weighs only 2g heavier with its 5.1” screen. The 435 also follows the standard Lumia layout with all its buttons on the right side, the camera centred on the rear, 3.5mm jack, and microUSB port at the bottom. The microSIM and microSD card slots are positioned beneath the removal battery, which lies underneath the removal rear cover. And as with many other budget phones, the trend of offering bright, luminescent colours for the chassis still continues. If you’re expecting great performance from the 435, you may be better off looking elsewhere. What it does, however, is get by with as little as it possibly can. The unit is fitted with a Qualcomm Dual-core 1.2GHz CPU and Adreno 302 GPU. While this is still a lot better than the first smartphones to hit the market, powering a modern mobile OS still takes some doing. But the 435 manages quite well, with not much lag or jitters to speak of, thanks to its 1GB of RAM. Although the transitions may not stutter, opening any app or performing any function takes a second or two to register before you get the desired result. Still, being able to run an app on a smartphone is a lot better than getting by with the default apps loaded on your feature phone.

Thinking back to our family’s first 1.6MP digital camera, the experience was not the greatest with the lack of resolution and poor lighting. The 435 does a little better with its 2MP camera fitted on the rear, with a larger resolution of 1600x1200px. What is noticeable lacking, however, is the flash and autofocus, with further features missing from the available options via the camera app. Given that a lot of the features are software based, I can imagine the downgraded hardware means the limitations on the software becomes evident. The camera delivers below-average, but usable photos. The colours are adequate, but users will have to remain fairly still and keep objects at the precise focal point to not be out of focus when reviewing later. At this point, given the lack of functionality besides snap and shoot on the rear-facing camera, there almost no need to mention the front-facing VGA camera. I figure that most customers will have to get used to taking selfies from the rear camera. The 435 does offer 8GB of internal storage capacity, which is fairly decent for a budget device.

As with most budget phones, it’s almost a must to have the battery life something worth mention, otherwise you’re just looking at a device that’s pretty much useless at meeting your daily requirements. Under normal usage, users can expect a minimum of two days’ worth of operation before you even think of reaching for your charger. The Microsoft Lumia 435 is by no means the worst phone out there. The performances are just below average, but considering the price it should be expected. The unit has a RRP of R1149.00. This means that users looking to upgrade to a basic smartphone have the opportunity to ditch their much-loved feature phones. The biggest concern of the Lumia 435 is that with a few extra Rand, you could be able to find a really good deal for a budget Android smartphone, which may have a lot more to offer in the long run.

What’s really interesting is that even considering its price point and market position, the 435 still offers quite a bit of Microsoft’s onboard software in the form of the Xbox Music and the likes, as well as HERE Maps and a few others. Even better news for owners of the 435 is that Microsoft has included the device on the upgrade program for the soon to be released Windows 10 experience, which will provide a lot more integration options for those users with a Windows-based PC or Xbox console.