Microsoft Impresses With Games And Hardware Announcements At E3 2017

Probably one of the most anticipated E3 2017 conferences, Microsoft not only showed off some new games coming to their systems but also revealed the official name for Project Scorpio, its price and release date. Here are some of the announcements and news from the Microsoft E3 2017 conference that caught our attention.

Xbox Scorpio / Xbox One X – The Arnold Swatzenegger of consoles

Let’s be honest, most of us were looking forward to the Microsoft E3 2017 conference just so that we could find out more about the Xbox Scorpio. Microsoft has now officially revealed that their new console would be called the Xbox One X.

It is the most powerful console to date, sporting an eight-core CPU, a six-teraflop GPU, and 12 GB of GDDR5 Ram. The console will also be able to render at 4K resolution and perform super-sampling on 1080p displays.

But enough with all the techno-babble, you probably want to know what it will be costing and when you can buy it? Microsoft announced that the Xbox One X will be launching in November 2017 and retailing at $500 in the U.S. This is just $100 more than the less powerful PlayStation 4 Pro, although I do suspect that Sony might be announcing a price drop at their conference to counter Microsoft’s new console.

The Xbox One X, which closely resembles the Xbox One S, will be Microsoft’s smallest console to date. Let the console wars begin.

Backward Compatability – Back to the originals

In a move that has Xbox fans smiling from ear-to-ear and PlayStation fans green with envy, Microsoft announced that they would be expanding the Xbox One’s backward compatibility to include original Xbox titles.

Microsoft’s Albert Penello commented on Twitter, “Your original Xbox discs will work. Digital licenses will carry over and you can system-link play across all three generations.” This is what some Xbox One owners have been hoping (and praying) for. Not much more was revealed with regards to this, but Microsoft did mention that more information will be released closer to the functionality’s launch.

We already knew that BioWare was working on a brand new IP, with the first teaser trailer being shown at the EA conference. At the Microsoft conference, we were treated to the first ever gameplay demo for the upcoming sci-fi epic RPG.

In the game, players are equipped with exo-suits called Javelins. These suits can be upgraded, with the ones in the demo featuring jetpacks similar to those found in Mass Effect: Andromeda. Not only does the suits enable players to fly through their environments, but they also seem to function as diving suits allowing the player to dive into the depths of a massive river. Along the way, the player and his team encounter giant creatures and robotic enemies. The game also incorporates an RPG system wich allows players to use their XP to upgrade their character. XP is not only rewarded for killing stuff but also discovering new areas, which will entice players to venture out into the unknown.

It’s interesting to see BioWare adding co-op to one of their RPG’s, and I have to admit I’m quite excited to go adventuring with friends.

Assassin’s Creed Origins – We all knew it was coming

While it was no surprise to see a new Assassin’s Creed game at E3 2017, I didn’t expect it to grab my attention so quickly. The game, titled Assassin’s Creed Origins, tells the story of Bayek.

Bayek is the last of the Madjay and tasked with protecting his community. The game will reveal how the Brotherhood came to be. Players will get to explore an ancient Egypt that truly feels alive. Populated with NPC’s and various animals the world constantly moves and shifts. This time around more focus is placed on RPG elements as Bayek can invest points into three different categories, Warrior, Archer, and Rogue. This will allow the player to tailor their unique Bayek to their playstyle.

Surprisingly, Origins is also the first Assassin’s Creed game to include boss fights. It seems Ubisoft is taking the franchise into a new direction, and I’m quite eager to see how it turns out.

Crackdown 3 – Be a super powered hero

It’s been quite some time since Microsoft revealed anything about Crackdown 3, but we now have a release date for the game. Crackdown 3 will be launching in November 2017 for the Xbox One and PC. The game promises to have the same over the top action as its predecessors.

The trailer features everybody’s favourite muscled actor, Terry Crews, as he gets us all pumped up for the game. The rest of the trailer is what one would expect, filled with huge explosions, cars being thrown around and lots of bad guys being punched.

The Microsoft conference also gave us our first look at the new Dragon Ball Fighter Z.

As with most of the great fighting games these days, fighting in Dragon Ball Fighter Z will take place on a 2D plane. The game will also feature 3v3 brawls which as can be expected can become chaotic. The game will include well-known fighters such as Goku, Cell, Frieza, Majin Buu, Vegeta but to name a few.

Judging from the trailer the game looks absolutely stunning and, dare I say it, even better than the animated series.

Deep Silver revealed that players will soon get the chance to venture back into the world of Metro.

Metro: Exodus sees players once again taking on the role of protagonist Artyom, who finds himself fleeing the ruins of the Moscow Metro. The game will be the first in the series to feature an open world. This will allow more focus on survival. Players will get to explore the radiated world filled with various creatures out to get you.

From what has been shown in the trailer, the world looks a lot prettier.

Life is Strange 2 – If I could turn back time

There were murmurs that we could expect a new Life Is Strange game, and now it has finally been officially revealed. The game will use the same episodic structure that the first game introduced, with the first episode being released in August 2017.

The new Life is Strange game will consist of three episodes and seems to star some familiar characters such as Rachel Amber. Dontnod didn’t reveal much about the game’s story but it seems likely to continue to focus on all the challenges of growing up.

State of Decay 2 – Get ready for some more zombies

Microsoft revealed the first gameplay for their upcoming zombie game State of Decay 2.

The trailer features loads and loads of zombies, as we see our protagonists trying to escape from certain death. The game appears to be just as tense as its predecessor as any little mistake can mean the difference between you and your group’s untimely deaths or survival.

Along with the gameplay trailer, Microsoft also announced that the game would be heading to Xbox One and PC in Spring 2018.

As expected, we were also treated to a Forza 7 gameplay on the newly announced Xbox One X. Boy, does it look good.

Each car has been meticulously recreated and the attention to detail shows as each car looks almost life-like. The game will offer 30 tracks/locations and 700 cars at launch and will see the return of Porsche. To make racing even more challenging (realistic) Forza 7 will also have a dynamic weather system which will force drivers to react quickly to the changing circumstances.

Forza 7 is set to become one of the best driving games out there.

These are just some of the news and announcements Microsoft made during their conference. Below is the complete Microsoft E3 2017 conference video for more information: 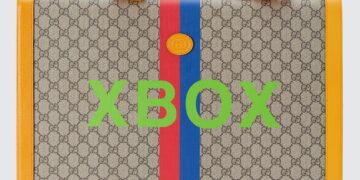