After being leaked earlier this week, Microsoft has officially announced their new Xbox controller which will launch later this year.

Called the Adaptive Controller, it was designed to take into consideration those gamers who might have limited mobility. The controller was designed in collaboration with The AbleGamers Charity, The Cerebral Palsy Foundation, SpecialEffect, Warfighter Engaged and Craig Hospital who assisted Microsoft throughout the development process.

Microsoft have been working on the controller for quite a few years already, according to Xbox Boss Phill Spencer. The end goal was to design and produce a controller that was not only as adaptable as possible but was also affordable. In a blog post, Spencer commented on what they aimed to achieve with this new controller.

“By taking an inclusive design approach and considerations of gamers who might not be able to reach all the bumpers and triggers or hold a controller for an extended period of time, for example, we were able to design a controller that provides a way for more fans to enjoy gaming. On our journey of inclusive design, we have taken a wider view of our fans and a more inclusive approach to designing for them.”

The Adaptive Controller features to oversized buttons that can be programmed to work just like any of the inputs you would find on a standard controller. The buttons can be easily reprogrammed using an Xbox Accessories app. 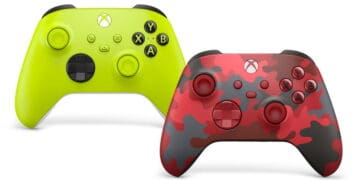