For most consumers, when looking for any device in question, the first option when looking to make a purchase is looking at the tried-and-tested brands first. This may from personal preference, or recommendations by the masses. The same applies when searching for a set of speakers for home use. But with the crazy amounts of manufacturers popping up from around the globe, choosing something of both performance and build quality is essential.

While not everyone may have heard of Microlab, the company has been around for more than a decade creating loudspeakers and audio electronics, as well as hardware moulds, plastic moulds, and loudspeaker boxes. We recently got our hands on the Microlab T8 speakers, a stylish Bluetooth stereo audio system. There are two main factions when it comes to speaker choice, those who believer in quality over design (specifically with the notion that speakers should be heard and not seen), and those who appreciate their speakers as a part of their design and décor. The T8, falls within the latter grouping, designed to look good, as well as deliver great quality. The speakers were designed based on a sailboat when the sail is filled with wind, curving dramatically from the front to rear. The front face is covered with a soft, material mesh while the sides are finished with a colourful, glossy plastic. At the bottom of each set, there is a grey plastic base used to elevate the unit by a centimetre, which provides enough airflow for the bottom-facing bass drivers. The rear is mostly uninterrupted, apart from the small, cut-out section at the bottom. On the right speaker, this cut-out houses the auxiliary-in, the speaker out (to connect the left speaker), and the DC-in for power, whereas the left speaker only houses the speaker out.

There are a few indicators on the T8. For starters, there’s the volume indicators on the left hand side of the right speaker, which flashes whenever the volume is raised, and moves up to the next indicator when the volume is raised further. There is also a capacitive power button on the top of the speaker. Also included in the box contents is the remote control for easier use, but I often found that using it frustrated me more than it made life convenient, so I switched to manual controls, since it’s not often that you’ll be reaching to change the volume. Overall, the speakers do standout, and because they’re Bluetooth enabled, they can also be used as standalone speakers, being able to be moved around wherever you need them thanks to their portability, weighing just 3.2kg. The T8 comes in 5 different colours; red, orange, blue, white and black, to suit any colour palette you’re searching for. 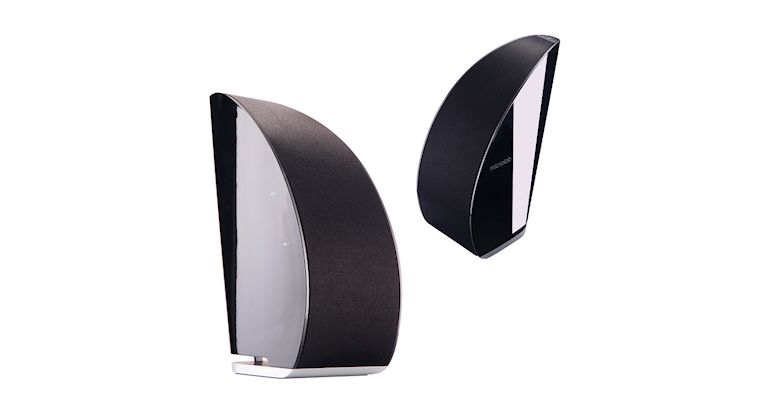 Connecting the T8 does not pose any trouble at all, with really only two cables to connect, the DC-in for power, and the speaker in to connect both speakers. At this point you’re able to start using the speakers by connecting via Bluetooth, or if you prefer, you can connect the additional auxiliary cable for non-Bluetooth devices. While the Bluetooth does add some convenience, the lack of NFC does raise some eyebrows given the premium nature of the device. But, looks and connectivity only do so much for a set of speakers, and almost all users wouldn’t choose good looks and compromise on sound quality.

While the unit isn’t quite 2.1, it isn’t stereo either, but rather something in between. The drivers include x2 3″, 4ohm Tweeters, x2 and0.75″, 6ohm Woofers. There is also a built-in amplifier, which specifications include x2 20W output, <0.5% harmonic distortion, 50Hz—20kHz frequency response, signal/noise ratio of >80dB, and separation: of >50dB. Specifications aside, the T8 delivers on audio quality, with little to no distortion at higher levels, with clear, precise sounds. The unit performs equally well for movies, music and games, with the bass levels surprisingly good considering the size of the speakers. The range of frequency is also worth noting, with tests confirming that the speakers were able to generate sounds from a very low range frequency, to very high on the opposite end. 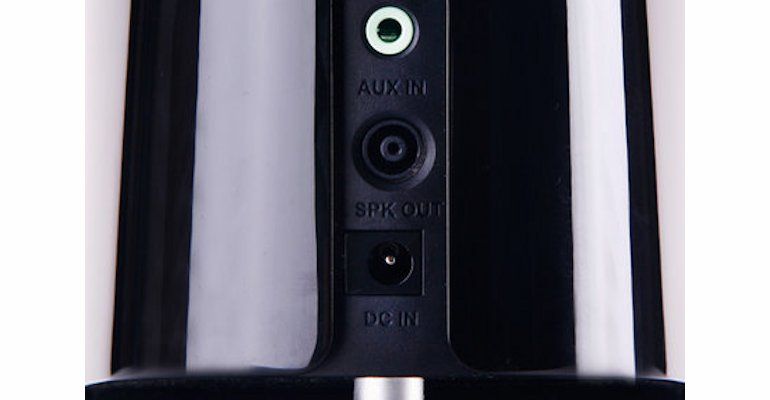 The Microlab T8 Bluetooth speakers are fantastic. This surprised me somewhat, as I wasn’t expecting performance as to what was achieved. The unit is built just as well, with only the poor remote control functionality worth pointing out as a negative. At an MSRP of R1749, the T8s aren’t the most price conscious speakers you’ll find on the market, but if you shop around you’re likely to find a really good deal closer to R1300. Costs aside, you won’t go wrong for opting for the T8. If, however, you already have a 5.1 or 7.1 surround sound system in place, it’s best to stay with that option. Users looking for premium portability may find the T8 more up their alley.

How To Choose The Right Smartphone – A Guide For Gamers & Professionals