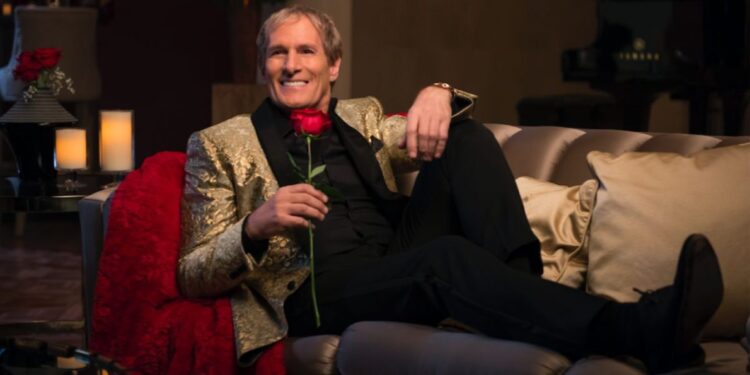 “When a man loves a woman…” he plans a special Valentine’s day date in front of the TV and streams Michael Bolton’s Big, Sexy Valentine’s Day Special on Netflix. “He’ll trade the world / For the good thing he’s found.”

If 2017 has taught us anything it’s that the world is a crazier place today than it was yesterday. Yesterday everyone hated Michael Bolton and his cheesy music, but today he has gone on to become a Netflix star. The absolutely ridiculous special features Bolton as the world’s greatest lover who plans to help you make babies by Christmas. To get you in the mood, he has brought along some friends – Andy Samberg (as Kenny G), Maya Rudolph, Eric André, Fred Armisen, Michael Sheen, Sarah Silverman, Bob Saget, Sinbad, Brooke Shields, the real Kenny G and more. Akiva Schaffer (of The Lonely Island fame) and Scott Aukerman (Comedy Bang! Bang!) created and wrote the special. You can expect a lot of hair jokes, a Kenny G faceoff, musical numbers and a lot of laughs.

Guaranteed to get you in the mood. Michael Bolton’s Big, Sexy Valentine’s Day Special streams Feb. 7 on Netflix. “When a man loves a woman / Down deep in his soul / She can bring him such misery / If she plays him for a fool / He’s the last one to know / Loving eyes can’t ever see”