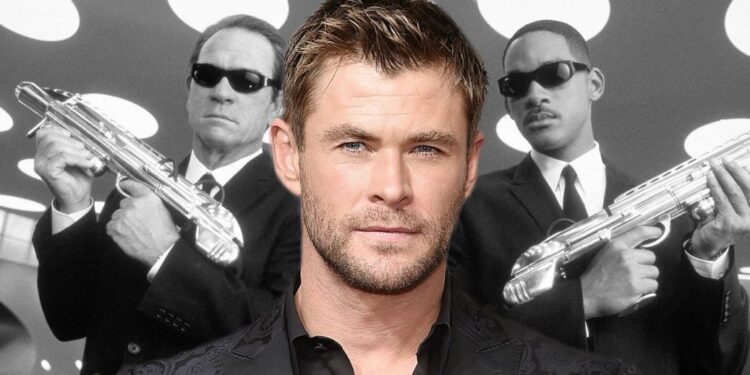 The franchise might still be fresh in audience’s minds, but Will Smith’s Men In Black is getting a reboot starring Thor and Avengers star Chris Hemsworth, Tessa Thompson, Liam Neeson, Rafe Spall, and Kumail Nanjiani. If you still don’t believe it’s real, the first batch of set pics has hit the net as proof. The film will be directed by The Fate of the Furious’ F. Gary Gray and has a May 17, 2019 release.

Just a few years ago, there were rumours that 22 Jump Street would eventually evolve into an Men in Black film with Channing Tatum’s Jenko and Jonah Hill’s Schmidt fighting intergalactic baddies. It sounded like a fun idea and one that fans seem to be behind. It seems that idea has been scrapped and now we’re getting a reboot of sorts, set in the same universe belonging to the trilogy that starred Will Smith and Tommy Lee Jones as Agent J and Agent K, that shows us the UK office of the MIB.

“We’re basically trying to put a lot of humour into it like the previous ones. These are obviously some big, big shoes to fill, so we’re working our butts off on it to make something pretty epic and fun,” Hemsworth told Variety. “They’re trying to change up the locations, make it feel unique and different to the last ones as well. So I think you might even see some different countries, maybe. Some different cities than you’ve seen in the previous Men In Black movies.”