Like many, when word reached us that Adam West had died, we were instantly heartbroken. While we didn’t know him personally, the impact his work has had on us over the years – not just as Batman but in many other productions – has been significant, even if some of us never quite realised it at the time.

On a personal level, I can say that he was the first actor I ever saw to don the cape and cowl of the Dark Knight Detective. I grew up watching Batman ’66, although even then I knew that he was very different from the Batman in the comic books. This Batman, he was like a best friend. While I’ve never claimed that West was the definitive Batman, I’ve always maintained that he was easily one of the best, regardless of the criticism that Batman ’66 was too campy. It may have been a ridiculous show at times, but it was also a classic and West almost always played it seriously, and that’s what made it work. For other Batman actors it may only be a job, but for West it was always something more, something special.

As a result, Batman ’66 has an iconic legacy. It brought a newfound resurgence in popularity to the character; it returned Catwoman from the realms of censorship; it led to the creation of Barbara Gordon, Batgirl; it was a show so popular that many have stated that there were the three “Big B’s” of the sixties: Beatles, Bond and Batman; it created a new style of visual storytelling, one which is used in shows and movies even today. It did all those things and more. 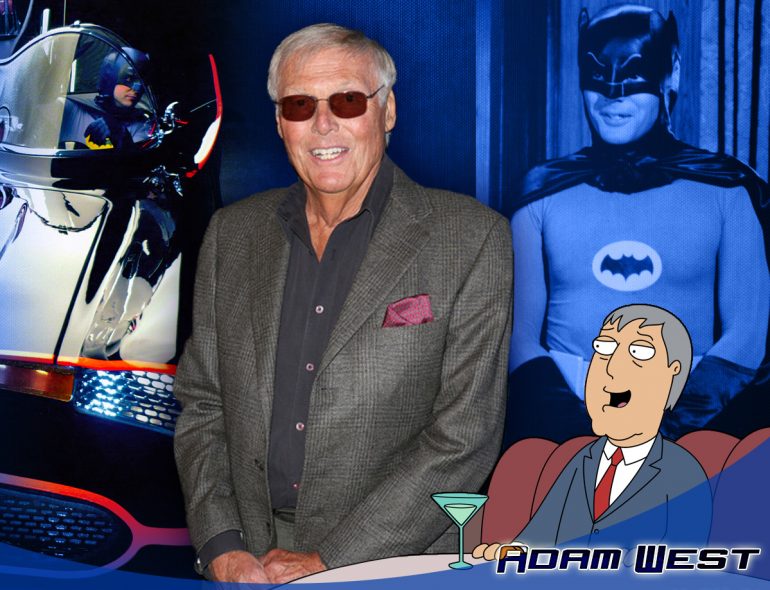 Sadly, for as much a part of popular culture as the Batman ’66 became, Adam West was soon to suffer from typecasting and his potential starring roles in Hollywood dried up. Except for being offered the role of playing James Bond, which he turned down because he rightly felt that Bond should be British.

Yet over the years, Batman remained a part of his life. From voicing him in cartoons like SuperFriends to appearing in the awful Legends of the Superheroes TV special, West still brought the character to life. He would reminisce about the character in Return to the Batcave: The Misadventures of Adam and Burt. He would play himself on shows like King of Queens and The Simpsons. He would also make his presence felt in other parts of the DC Universe, voicing Thomas Wayne in Batman: Brave and the Bold, as well as appearing in live action shows The Flash and Lois & Clark.

And he also played Simon Trent, the Grey Ghost, in Batman: The Animated Series.

That role, if any, summed up West and his relationship with the role which had made him famous – and possibly ruined his career too. In the episode, West plays an actor who once portrayed a crime-fighting vigilante called the Grey Ghost in a series which Bruce Wayne used to watch. Now, old and having fallen on hard times, Trent is suspected of being a criminal by Batman before the two unite to solve the crime. It was a sobering episode which blurred the line between fiction and reality, but which also finally saw Trent gain the recognition and respect he deserved for playing such an iconic character. 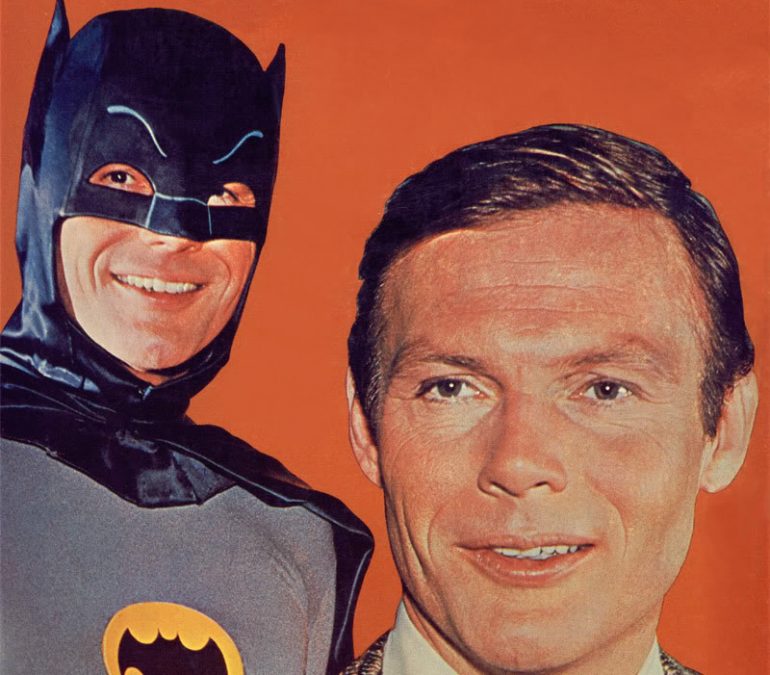 It’s fitting that West would increasingly return to public recognition for his role in Batman’s legacy around that time. The ’66 series, so often maligned by some and stuck in a red tape nightmare which prevented its general release on DVD, has now finally made its way onto shelves and gained newfound respect. Toys and games have appeared featuring that era’s characters, and DC/Warner Bros. even set about creating a new comic book series and animated films revolving around Batman ’66. West himself, along with Burt Ward and others, would return again for their fans, taking their rightful place in the DC Universe.

By his own admission, and unlike more modern superhero actors, he never got paid $20 million to play Batman. But he got warmth and recognition from the fans, and to him that meant just as much if not more. He wasn’t the Dark Knight, he was the Bright Knight. He was more than just Batman, he was a family man, and our condolences go out to all of his loved ones.

Farewell, old chum. You’ll always have a place in our hearts.