Melissa Benoist’s Supergirl Is Getting Pants 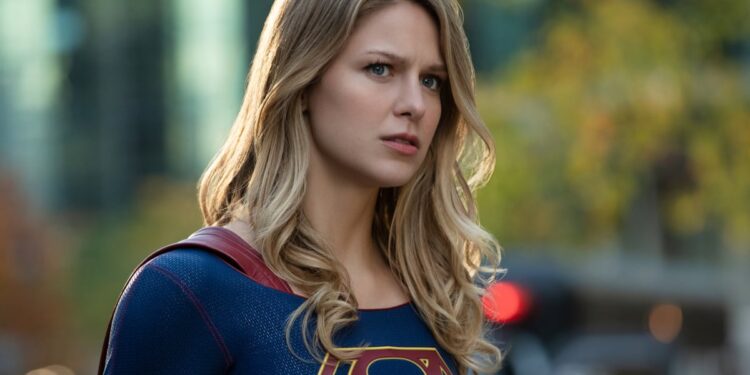 In an interview with EW, Benoist tells that the new look is signifying her graduation to adulthood. “I just think it’s more adult,” she said. “Part of my goal in this whole series for whenever the show ends, I just want there to be a very clear arc for this character that she evolved as a woman and found her femininity and her adulthood, just a self-discovery.”

Like DC did away with Superman’s red underwear, here they’ve removed Supergirl‘s familiar red skirt. In its place is a darker blue pants, which is, in fact, very similar to Superman’s. Also, if you didn’t notice, she also has a new hairdo.

“We’ve been talking about pants since season 1,” Benoist told EW. “Every time a writer from the show has come up, and it’s freezing cold in Vancouver, I’m like, ‘Guys, please can I not wear tights?’ I love [Kara’s old costume]. I haven’t changed it because it so works, and I think it is very Kara. I’ve always felt that — until recently, I’m like, ‘Something’s gotta give.’”

Of course, there are fans who are calling the sleeker look feminist propaganda, while others are calling it a welcomed change.

Supergirl (and her pants) returns October 6th on The CW.