A post by Megan Fox’s assistant convinced her Instagram fans that The Transformers star would play Poison Ivy in the DCEU.

Madison Bigos hinted on Instagram that Fox was possibly waiting for a call to cast for the role. The now-deleted post featured the actress’s photo with the caption “poison ivy? expecting a call very soon.”

One thing is for sure, poison ivy is coming to DCEU pic.twitter.com/AQ5L1kzSgp

Although there is no official announcement from DC Comics, Warner Bros., or Fox’s team, the fans quickly supported the idea. The hint also convinced other fans that Poison Ivy was indeed coming to DCEU.

Margot Robbie has also been campaigning for Poison Ivy to come to DCEU. Robbie said she would be delighted to see the Harley-Poison Ivy relationship on the big screen. The Suicide Squad star noted that Poison Ivy and Harley were in an intimate relationship, although some screenings cast the duo as being friends. 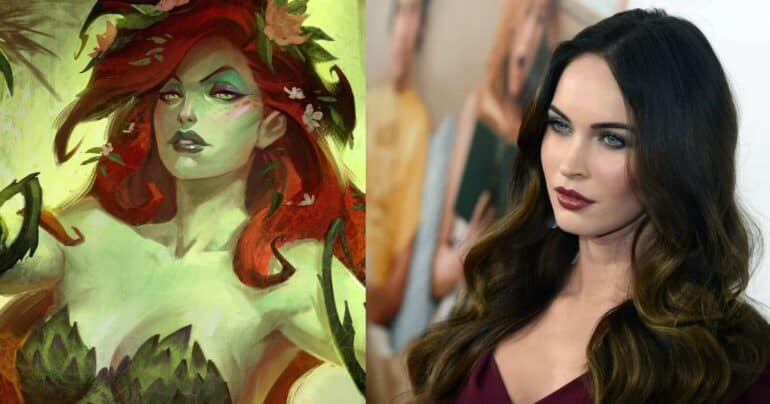 Poison Ivy is undoubtedly coming to DCEU, but fans must wait a little longer for the character to be unveiled. It’s no surprise that they suggested that the Midnight in the Switchgrass star was perfect for the role. However, Fox’s fans seem to be spoilt for choice regarding the role they want their favourite actress to play.

Fox’s fans started campaigning for the Teenage Mutant Ninja Turtles star to take the role of Poison Ivy since she declared her interest in casting for superhero movies. Citing her appreciation for comic books, Fox said she would be delighted in joining Marvel or DC Comics.

Poison Ivy is a supervillain role featuring a character who uses plants to her advantage. Uma Thurman played the role in Batman and Robin. Clare Foley, Peyton List, and Maggie Geha shared the role in Gotham, while Bridget Regan played in Batwoman Season 3.

What do you think? Would you like to see Megan Fox as Poison Ivy in the DCEU?