Donald Trump has an illegal alien problem. It’s currently bursting out of his chest, with blood splattering everywhere. If the Nostromo’s Ellen Ripley were here, she’d exterminate the hideous monster with a flamethrower or blast it out of an airlock. Then she’d probably do the same thing to the alien as well. Except Ripley isn’t standing here, outside the Birmingham N.E.C., with Donald Trump. She’s inside, checking out the price of a Han Solo blaster from the Shoot & Scoot stall. It’s all good though, and the Very Orange President and his alien chestburster seem to have come to some sort of cooperative understanding.

The latest MCM Birmingham Comic Con is becoming more chaotic by the second. That isn’t a critique in any way though. In fact, it seems like the wilder it gets, the more entertaining it becomes. There’s a nervous energy that’s constantly maintained, where it seems like just about anything can and will happen – but there’s a harmonious balance there too, created by everything feeling good and right in some way. The early morning trickle of visitors has now become like Niagra Falls, with tens of thousands of people all jostling their way from stall to stall, exhibit to exhibit, from guest to guest. Nobody seems to be complaining about it, because there’s always something to see or do.

And it’s a long day ahead for everyone. As to be expected, there are a few small glitches going on behind the scenes with MCM. There’s been a slight miscommunication amongst the event staff regarding checking in, a visitor near a signing table has been ill, and the mechanics of the coffee machine seems to be baffling many of those who want to use it. Also, they’ve run out of milk for the coffee. Which, given the size and scope of the whole event, means that they’re having a hugely successful day. Not that it’s easy for them. In a business where almost anything can go wrong at any given time, they’re working hard to make sure it doesn’t. It’s a validation of MCM’s new place in the ReedPOP business organisation, in creating the best fan-friendly conventions possible.

They’ve earned that coffee machine, and the biscuits and cookies that go with it.

Inside the convention itself, it’s easy to get lost. With so much to see and do there, and so many stalls vying for every visitor’s attention, it’s an almost dizzying experience. I chat with a guy from Last Shirt On The Left about their amazing They Live-inspired shirt, which instantly catches my attention. They Live is one of the greatest cult movies ever made, and this guy knows it as we discuss the legendary fight scene in the film. Kathryn Swan, from SwanStar Designs, displays some of her hilariously dark comedy artworks and I can’t help but giggle with evil glee as I see The NeverEnding Story’s Artax represented as a drowning My Little Pony.

As more cosplayers file in, the giant red Mario bus equipped with gaming consoles is getting packed. One player awaiting his turn is carrying a sign which declares his love of gaming. It boldly reads: I’M PC, BUT I’ll THROW DOWN ON CONSOLES. The pun makes me groan, then grin. There are plenty of gaming areas where he can back up that boast, but for now he’s going for the hugely acclaimed Super Mario Odyssey. Nearby the comic book and manga stalls are doing massive trade, while Tokyo Toys’ stall looks just as successful as their shop does in the city.

Emerald City Cakes & Gifts is offering some sweet treats to customers, and I get an instant boost from a cupcake. Scentopia displays their unique bathing and relaxation products, and if you think such things don’t fit in amongst the convention crowd then think again. The stall alone looks like it belongs in Alice in Wonderland. Meanwhile, for every niche stall there are also plenty offering a wide variety of toys, games, clothes, statues and more. It’s like a one-stop shopping experience, and I take the chance to pick up a couple of Christmas presents.

At the signing area, crowds greet Star Wars, Willow and Doctor Who actor Warwick Davis with a hero’s welcome and he’s incredibly approachable and pleasant. Thankfully, he’s unaware of the negative review I gave to his old horror film, Leprechaun. Fellow Star Wars actor Anthony Daniels is a little cooler with the crowd though, and has a small statue of his character C-3PO next to him like it’s an Oscar. Since he’s the only Star Wars actor to have appeared in every film and show in the series, that honour is deserved in the eyes of the fans. There are also three Doctor Who’s in the house, former Fifth and Sixth Doctors Peter Davison and Colin Baker, along with Doctor’s Companion actors Pearl Mackie, Sarah Sutton and Janet Fielding – best known to fans as Bill Potts, Tegan and Nyssa.

Red Dwarf’s stars Chris Barrie, Danny John-Jules and Robert Llewelyn are entertaining legions of fans, some bearing Smeg Head shirts and one is dressed in full Second Technician Rimmer costume. They’ve just finished their twelfth series of the sci-fi comedy show, and are still as popular as ever. Yet one of the biggest turnouts seems to be for Pokemon star Veronica Taylor. Given the overwhelming number of manga and anime cosplayers walking around, it’s fair to say that she has quite the fan base.

As the day continues, the unlikely and impossible seem to happening with increasing regularity. A guy appears dressed as Harley Quinn, creating quite a stir with his nightmarish appearance. He confesses that he’s doing it because he lost a bet, but he’s keen to make the most of it and enjoy himself. I’m not sure about the motivations of the man dressed as Wonder Woman, and don’t get a chance to discuss it with him, because I’m suddenly distracted by a Ghostbuster with a flashing proton pack. Inside, a group dressed as wrestling heroes the Undertaker (complete with manager Paul Bearer and the legendary Urn, Mankind, and Alexa Bliss are mingling while James Ellsworth runs around with a Money In The Bank briefcase. Since he’s backed up by Bubba-Ray Dudley, I know better than to mess with him.

A trip to the press office is up next, since I’m fortunate enough to be part of an interview session with Star Trek: The Next Generation’s Tash Yar, Denise Crosby. As I make the trip through the crowd, I spot that a giant dinosaur cosplayer has filed in amongst a platoon of Star Wars Stormtroopers. One of them cocks his head at me, gestures to the dinosaur and assures me “That guy’s not with us.” That’s reassuring – Darth Vader might mistake him for Jar-Jar Binks and force-choke him otherwise.

At the interview, Denise Crosby enters the room displaying her sense of humour and fun as one interviewer brings up Donald Trump. If she’d seen the one I did, who had the alien bursting out his chest, I’m betting the whole interview could have been taken up with that scene alone. Instead, she smoothly answers questions regarding her role in Star Trek over the years as well as the new online games. She discusses some plans for her third Trekkies documentary too, and mentions how Gabriel Koerner – who has featured in both films – is now working on Seth MacFarlane’s Star Trek-inspired show The Orville.

Later, I get a chance to ask her about the comedy classic movie High Strung, which she starred in with Steve Oedekerk and Jim Carrey, and how in the near future it may finally get a DVD and Blu-Ray release since its ownership issues seem to have finally been resolved. She smiles at the memory of the Happy the Clam joke, and how the character Thane wrote a children’s book about a dead grandmother. A mention of her role in the original Flash TV show and how many of that show’s actors have returned in some way to the new series sparks some curiosity about whether she’ll be returning too. It’s easy to see why she’s a favourite whether she’s giving interviews or interviewing others.

Throughout the day, events and activities become a wonderful, surreal blur of pop culture. Steampunk and anime blend with zombies and a galaxy far, far away. Cosplayers gather together, laughing and playing. Some play a piano near the courtyard while others pose for photographs. Batman eats a pizza and laughs at a giant inflatable Pikachu. Boba Fett stares at a Cyberman, presumably wondering if there’s a bounty on him. As for me, I’m presented with some gorgeous free art prints of Doctor Who, as well as a Captain Scarlet “big head” figure which has the most terrifying eyes I’ve ever seen on any toy or collectable.

By nightfall, the business has been done. The celebrity guests and creators have gone home, or to their hotels, or wherever it is that they disappear to. The stalls have started packing up, although there are still plenty of visitors, fans and cosplayers sticking around, enjoying themselves. Earlier in the day, I was asked what my favourite thing was about conventions. It’s a difficult question to answer, because a good convention is a complete experience, the whole being greater than the sum of its parts. Although I still think it’s the fans who make it. Their passion is what sets everything in motion and what keeps it going.

My opinion is echoed by others in the press office as I leave. It’s interesting to note that the people who cover these events are fans too, some dressed in their classic Universal Monsters shirts or cosplay attire. The same can be said for the stalls too, businesses owned and managed by fans. Even the organisers are fans, and that love of pop culture makes them want to put on the best events possible for everyone concerned. It doesn’t matter if it’s a family of all ages visiting, a group of cosplayers, or serious collectors – the goal is that they have a wonderful time.

I don’t know if they all did, but they certainly all seemed to. Even Donald Trump and his illegal alien.

A special thanks to the organisers and staff of MCM Comic Con, as well as all those others who made it possible. And, if you get the chance, don’t forget to check out some of the awesome creators and vendors online, like SwanStarDesigns.com, shootandscoot.co.uk, lastshirtontheleft.co.uk, scentopia.co.uk and undoents.co.uk. 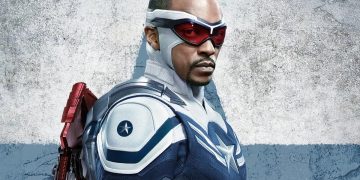