Max Steel: Everything That You Need To Know 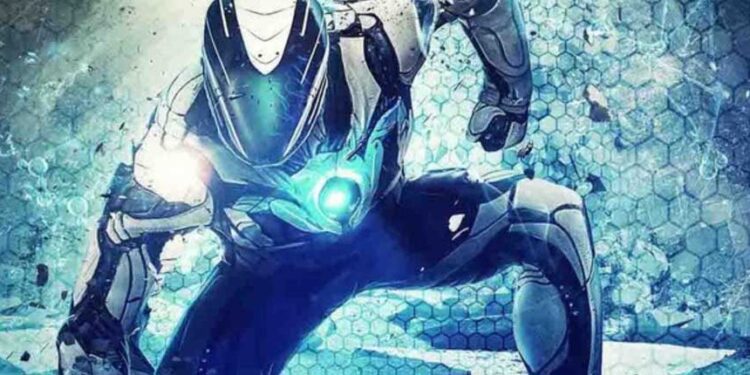 Most people know Maxwell McGrath as the turbo-powered teen who, with the help of an Ultralink (think weird flying robot) named Steel, can transform into the super-powered hero Max Steel.

Together with an organization called N-Tek, Max Steel fights against formidable foes in order to save the world from mayhem.

Of course, Max, being a teen, needs to deal with everyday problems as well, such as going to school and bullies. Now with the release of the Max Steel film just around the corner, we’ve put together some interesting facts you might or might not know about the film’s hero. Maxwell or Josh, who is the real Max Steel?

The first Max Steel TV series featured a 19-year old student called Josh McGrath, who could transform into Max steel. Unlike Maxwell, who can transform into Max Steel by merging with Steel (the Ultralink), Josh got his powers when a confrontation with his nemesis Psycho causes a vial of nanoprobes (N-Tek technology) to shatter causing the nanoprobes to infect Josh. After being infected Josh, in a weakens state, finds out that he is dying and needs transphasic energy to survive. After being imbued with the transphasic energy the nanoprobes begin to give Josh superhuman powers.

Maxwell McGrath first entered the scene when the series received a reboot in 2013, and just like that Josh McGrath was no more. In his place was Maxwell, whose powers came from his ability to generate Turbo energy, this combined with his ability to merge with Steel the Ultralink made Max a more formidable hero than Josh ever was. It started with toys.

Max Steel originally started out as a toy line that was being made by the toy giants Mattel.

The figures were similar to the original 12-inch G.I Joe toys and consisted mostly of different versions of Max Steel, although there were one or two enemies in the range. The Max Steel figure was closely related to a 70’s action figure called Big Jim. The Max Steel figures tended to sport the same clothes as the Big Jim figure had worn, this lead to some speculating that Max Steel was actually Big Jim’s son. Both Maxwell and Josh had their own comics.

With the release of the first Max Steel figures in 1997, Mattel decided to release a free 12- page comic book titled, Take it to the Max, as part of its marketing campaign. The story was penned by Richard Bruning and consisted of two briefing presentations that introduced children to the character of Max Steel.

The briefing presentations in the comic happen at the same time, with one being done at N-Tek and the other at DREAD. Both these organizations discuss how they view Max Steel. DREAD sees him as a threat to their organization, while N-Tek sees him as a great tool against counter-terrorism. As with any good comic aimed at marketing new characters the comic included biographies of each of the main character.

In 2006 Mattel decided to once again release a series of mini-comics, with each consisting of about four pages. Each of the comics focused on an encounter between Max and one of the Elementors (Earth, Fire, Water and Air). Mattel used the series of mini-comics to introduce children to all the different Elementors.

Fast Forward to 2013, VIZ Media releases the first in a series of full-length graphic novels featuring Max Steel titled, The Parasites. The new graphic novels take place in the new and improved Max Steel universe and ties into the television series. When Max Steel activated his enhanced abilities it has always been referred to as “Going Turbo!”. This has been the case right from the start. The meaning of the term has changed quite a bit from the original Max Steel to the one we know today.

Josh McGrath, the first Max Steel, used devices called Bio-links to communicate with the nanoprobes in his body, this allowed him to manipulate them thereby giving him his powers. In 2006 Mattel decided to change up the formula a bit. With Josh’s body slowly rejecting the nanoprobes a new method was needed for activating his abilities.

Josh, being an athlete, found a way in which to channel the adrenaline his body created into the nanoprobes which created an Adrenalink that gave him the energy to use his abilities. This meant that Josh did not receive a sudden burst of energy but that the amount of energy depended on the amount of adrenaline he was able to generate, this also meant that his power had to recharge as it took quite a toll on his body.

In 2009 “Going Turbo!” changed once again as Max now used certain aspects of the Adrenalink and the Bio-link to activate his Turbo state using voice commands. This again only gave Max short bursts of power that needed to recharge. For the 2013 version of Max Steel, Maxwell McGrath uses his inherent power to produce Turbo energy along with his ability to merge with the Ultralink Steel in order to become Max Steel. Max also now sports different Turbo modes such as Turbo Strength and Turbo Flight, these activate his different powers (Strength, flight, etc.).

Although Max Steel and his powers have gone through multiple changes one thing has remained constant, Max Steel is a super-powered hero that keeps the world safe from evil. The new Max Steel live-action film focuses on how Maxwell McGrath became the titular hero Max Steel. The “Max Steel” film is an in-depth “origin” story packed with captivating characters and fast-paced action. The plot chronicles the adventures of 16-year old Max McGrath™ and alien companion Steel, who must harness and combine their tremendous new powers to evolve into the turbo-charged superhero Max Steel. As these two unlikely friends struggle to accept their oddly connected fates, they begin to uncover unimaginable secrets, working together to find the truth, and fighting the mysterious forces threatening their world.

At first a confusing mix of inconvenient and exhilarating, this unpredictable power eventually grows too intense for Max to handle, causing him to distance himself from those around him including the girl he likes, Sofia. Eventually, the energy pushes him to the verge of fatal combustion. In the nick of time, a techno-organic extraterrestrial named Steel, who has been secretly monitoring Max’s progress, saves him just before he loses consciousness. The two discover that when joined together they can control the energy and harness it into superhuman strength – and that when apart, neither can survive for long.