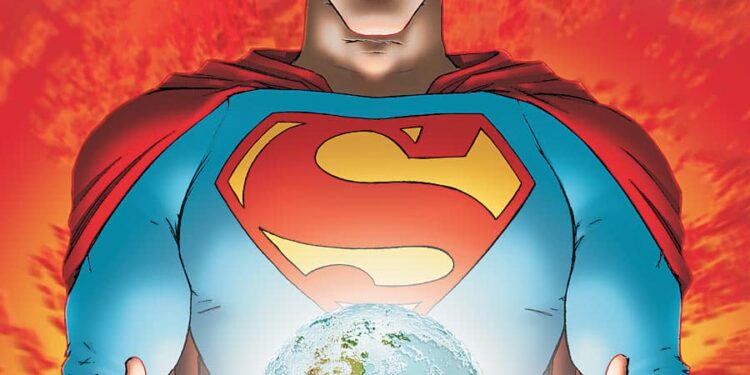 Over the last few years, there have been many heated debates about Zack Snyder’s Superman in the DCEU. It seems everyone has a different opinion about the direction the character should take. Now Matthew Vaughn and Mark Millar have weighed in and revealed their ideas for a “real Superman” or Man of Steel film.

Mark Millar, the writer of Superman: Red Son and Superman Adventures, sat down with El Fanboy Podcast’s Mario-Francisco Robles for an interview and revealed that he and Matthew Vaughn once pitched a Superman trilogy to Warner Bros. Of course, Robles asked more questions and the conversation segued to the possibility of Vaughn doing a Superman film:

“He and I are massive Superman fans. I mean, we worship Richard Donner. We love the Christopher Reeve movies. He actually phoned me up a few months ago, and he said, “Hey, listen, DC, they’re very interested in me doing Man of Steel 2. Do you want to come in and do this?’ And I was like, ‘I’m exclusive to Netflix for years. We can’t even have that conversation.’ And he was like, ‘Oh, man. What’re the chances of this?’ And then he kind of drifted away. And he’s attached himself to a couple of things and all that. Y’know so, it’s one of those things that might, I mean- if somebody phones Matthew up and offers him enough money it could all change tomorrow.”

Mark Millar also revealed that their approach was very different from Zack Snyder’s Man of Steel:

It was actually a massive, uplifting, hopeful thing. There’s no point doing Superman unless you feel good. You should walk out of ‘Superman’ just feeling like a million dollars. You should feel great after a Superman film. The movie itself was going to be a big, vast fun epic. But ‘Superman’s got to be a laugh, as well.” While speaking with IGN, Kingsman director Matthew Vaughn also mentioned the Superman project and went into further detail about his talks with Warner and DC. He mentions that he would love to help “save” the Man of Steel:

“I do love the world of DC, and I’ve been talking to them at the moment about a few things. It’s more fun getting involved with franchises when they’re on the down, because then it’s easier to make a good film. So if I got involved with a few of the superhero films out there that have been disappointing, it’s going to be… if I do OK, it’ll probably be better. So when I did X-Men there was, you know, a pretty low bar — X-Men 3, no offense, [it] was not a fantastic piece of work. It’s much more fun saving and reinventing something — I’d be more intimidated trying to do a new Guardians [of the Galaxy], for example.”

Of course, this isn’t the first time Matthew Vaughn has talked about his love for Superman. He has previously expressed interested in making a film with the iconic superhero:

“Weirdly if I did do Superman — and I made the mistake of telling someone yesterday I have spoken about it and then wallop (laughs) — I think my main take would be, it’s really boring but make a Superman film. I just don’t feel a proper Superman — I think Donner did it to perfection for that time. Just doing the modern — I wanna do a modern version of the Donner [version]. Go back to the source material… For me, Superman is colour, feel-good, heroic. He’s a beacon of light in the darkness. And that’s what I think Superman should be.”

Does Superman need saving? That seems relative. We did get to see a new “lighter” side of Superman in Joss Whedon’s version of Justice League. Hopefully, this new direction will continue in the films that follow. Even still, Matthew Vaughn and Mark Millar have some really great ideas for the franchise.