Wondering if the brand-new MOTU animated series on Netflix is worth your time? Listen to the Fortress of Solitude podcast team of Sergio Pereira and Jarrod Saunders, who provide their honest opinion and assessment of the show.

Thanks to Kevin Smith, Masters of the Universe continues! Featuring all your favourites like He-Man, Teela and Skeletor, there’s a lot of nostalgia on offer here. But does it live up to the ’80s show?

“I watched all of the TV series growing up, it was everywhere in the ‘80s,” Smith commented about the franchise and the chance to work on highly anticipated Masters of the Universe: Revelation. “These characters started off as toys and ended up becoming part of the global pop culture fabric. So much of this show has been possible because of the love and affection for this world at every level of production and the fandom surrounding this franchise.” 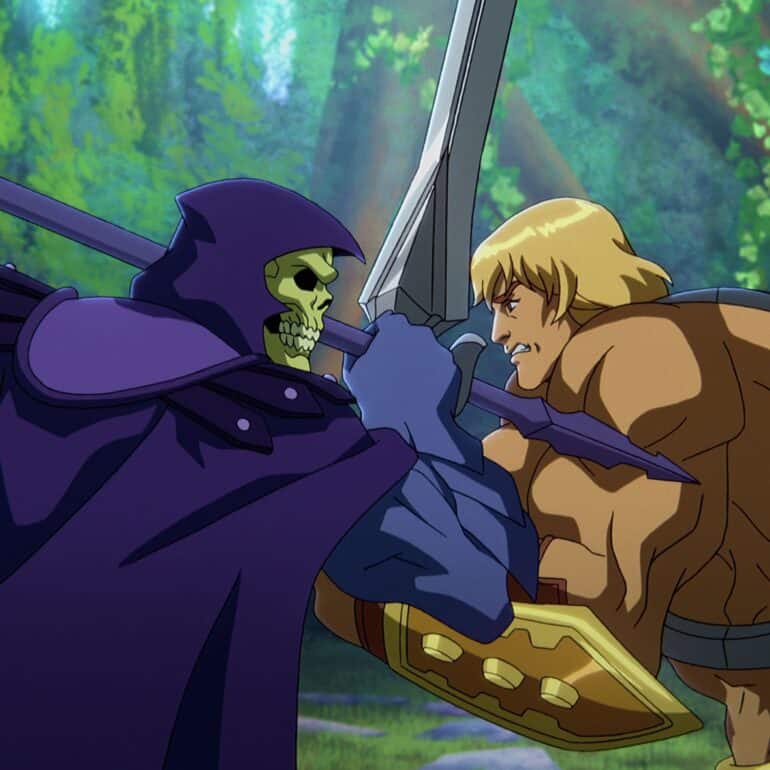 Kevin Smith hasn’t strayed too far off from the originals as each character has a fairly similar but modernised design. In fact, it could probably be compared to Netflix’s anime series, Castlevania.

With a voice cast that’s made up of Chris Wood, Mark Hamill, Lena Head, Sarah Michelle Gellar, and Kevin Michael Richardson, fans can finally put their minds at ease.

The show will be split into two parts, five episodes for part one and another five for part two.

Tell us, what did you think of our Masters of the Universe Revelation review? Are you excited about the upcoming series?