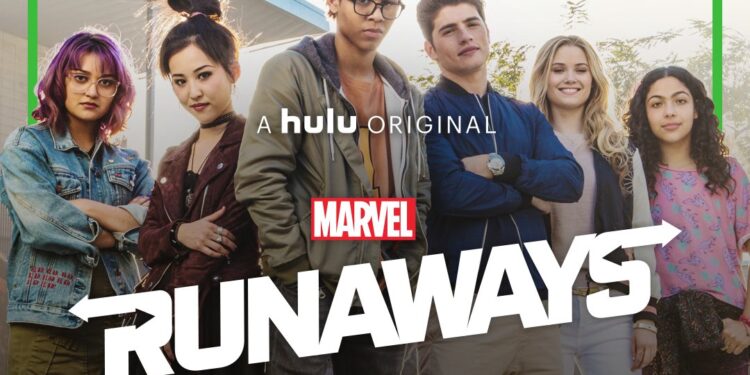 Marvel’s Runaways TV series, based on the award-winning comics created by Brian K. Vaughan and Adrian Alphona, has been picked up by Hulu and the first footage of the superhero series has leaked online.

The brainchild of Gossip Girl creators Josh Schwartz and Stephanie Savage, Marvel’s Runaways is slated to enter production later this year for a 2018 premiere on Hulu.

Every teenager thinks their parents are evil. What if you found out they actually were? “Marvel’s Runaways” is the story of six diverse teenagers who can barely stand each other but who must unite against a common foe – their parents.

Marvel’s Runways stars Rhenzy Feliz as Alex Wilder is a loud-and-proud nerd, Lyrica Okano as Nico Minoru–tough, intelligent, and independent–embodies teenage angst,Virginia Gardner as Karolina Dean, model-perfect exterior with a lot going on behind her,Ariela Barer as Gert Yorkes is a purple-haired, bespectacled, contemporary riot grrrl,Gregg Sulkin as Chase Stein is a lacrosse-playing, high school heartthrob, Allegra Acosta as Molly Hernandez, the youngest and most innocent member of her friend group.

Where’s a velociraptor emoji when you need it? @hulu @Marvel #Runaways pic.twitter.com/7gY13k0mAt