If you’re like me you probably didn’t know there was another Human Torch. Hey, I can’t know everything about the Marvel universe, right? Most of us know Johnny Storm, a member of the Fantastic Four, but we didn’t know he took his name from Jim Hammond, the original Human Torch.

The Human Torch is one of Marvel’s original superheroes. He started off during their Golden Age of comics, but would later be buried for a few decades (except for an arrival attempt during the 1950s). In volume 2 of Marvel’s Mightiest Heroes we’re shown Jim’s modern revival story, and what an adventure it is.

The story features both Jim Hammond, and his original side-kick, Toro. Both of these men can harness the power of fire. Jim had been created as an android that could learn and become more human, while Toro would later be revealed to be a mutant.

After the 1950s, Jim was exhumed by Mad Thinker – who had been hired to create a weapon by a shadow organisation – with the unsuspecting help of Toro. The android came to life, but was reprogrammed to do The Thinker’s bidding. This chain of events lead to a virus being unleashed what takes over all humanoid life. Later there’s Nazis.

I’d love to give all of this away, but I’m trying my best not to. What I’ve explained only consists of a small portion of this book with many more exciting events taking place. Mike Carey has created an excellent story over the span of 8 issues with a conclusion I was more than happy with. The only negative about the story is there isn’t any more given to us.

The artwork is another bonus. It’s created from hand-drawn images and PC inked colours. This gives it an almost crayon look at times and it fits the story quite well.

Overall The Human Torch is a masterful piece of work and I couldn’t put it down. It’s rare that I read through an entire graphic novel in one sitting. I’d recommend The Human Torch to all comic readers alike. 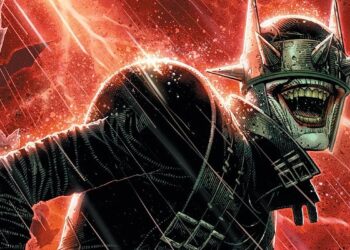