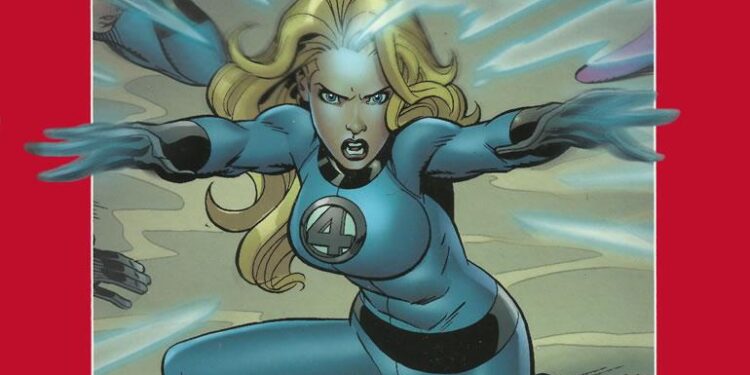 This “The Invisible Woman” graphic novel isn’t a great story for the titular character, but rather a much better overall story for the Fantastic Four. Coming in at five issues it’s a light read that’s sure to keep you occupied during a lazy afternoon.

The Fantastic Four (FF) are Marvel’s first superhero team, forming two years before The Avengers made their appearance. FF comprised of four members: Reed Richards (Mr. Fantastic), Sue Richards (Invisible Girl), Johnny Storm (Human Torch), and Benjamin Grimm (The Thing); each gaining their powers during a mission into space. Due to their 1961 debut, the FF were stuck in the cliched roles, but none so much as Sue.

Sue Richards, the Invisible Girl, is what some may refer to as the Good Wife in comics. For the first two decades of her time as a superhero, she’s mostly obedient, loving of her family and often played the damsel in distress. That changed during the events of The Fantastic Four Vol. 1 (#280-284), which writer John Byrne tried to empower the character. Well, he tried to.

The story opens up with the revelation that the Baxter Building — the FF’s headquarters — has been stolen and destroyed in space. Suddenly, the people of New York begin to act strange, induce riots, violence, and all sorts of prejudices. Reed decides the team should retreat to the Avengers mansion while She-Hulk — who has replaced The Thing in the team — is being arrested. Sue takes on the task of escorting Alicia Masters to her apartment. This is where the villain of the arc, Psycho-Man makes his appearance. With the help of a henchman, Psycho-Man tampers with Sue’s mind turning her into the Villainess Malice, Mistress of Hate. Sue is eventually returned to her normal state, but the experience and mind tampering begin to haunt her. Sue eventually drops the moniker of the Invisible Girl and adopts a new one, that of the Invisible Woman.

I can see why this arc was chosen for The Invisible Woman; she transforms from the helpless Invisible Girl, but it’s not an awfully interesting arc. Sue isn’t really the titular character she should be and the other characters overshadow her most of the time. She-Hulk is a far more interesting than Sue, which is sad considering how new the green giantess is to the team. I cannot help but think the revelation was more of a shoehorn into the Marvel Comics universe.

This arc contains some excellent artwork from the Marvel Comics 1980’s run and I cannot fault it at all. Everything is consistent, well-drawn for the time and lavish in colouring.