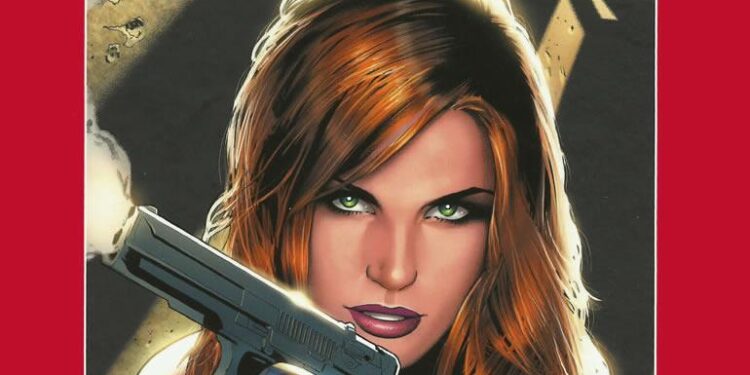 Natalia “Natasha” Romanova, aka Black Widow, is an amazing and fem fatal character within the Marvel Comics universe. She played superb roles in The Avengers and Captain America: The Winter Soldier, among the other Marvel Cinematic Universe (MCU) films. She was treated abysmally during The Avengers 2: The Age of Ultron, but this graphic novel more than makes up for it. Volume 27 of Marvel’s Mightiest Heroes collection, Black Widow, features three different stories. The initial tales consist of Natasha’s first appearance during Tales of Suspense #52 (1964). As a Russian spy, Natasha is sent to America to eliminate a defector. In this story, she’s not much more than a seductress for Tony Stark and is given very little time in the story.

The next story takes place during the pages of The Amazing Spider-Man #86 (1970). Black Widow wants to better herself by learning the secrets of Spider-Man’s powers; she follows and eventually attacks him. Her goal is to assess his combat skill in order to figure out what makes him so special. Unfortunately for her, Spider-Man has been struck with an illness and isn’t at pique fighting condition at all. The issue ends with Black Widow leaving the battle thinking Spider-Man was only toying with her. Her revelation is that she has her own skillset and would rather face any and all dangers as the Black Window and not a Spider-Man knockoff.

The bulk of this collection comprises of Black Widow (2004) #1-6 — part of the Marvel Knights imprint. After a botched attempted on her life by a Russian operative, Natasha seeks out the help of an ex-S.H.I.E.L.D agent, Phil Dexter. He informs her that several other Black Widow subjects were recently murdered, one of these being pregnant. The two embark on a journey to figure out why these women were killed, why Russia is after Natasha, who is behind all of this, and more secrets behind her past. It’s a very interesting tale, which kept me gripped for most of the read through. The Velvet Room story is far more fascinating than the crap fed to viewers during The Avengers 2: Age of Ultron. We learn the truth behind why Romanova cannot have children, and it’s not because she’s a “monster.”

A downside to this tale is the end: there is no satisfying pay-off. You’ll read through the six-issue story, only to be told the truth behind it all a few panels before the ending. I feel as though the story required at least another issue, or even an earlier reveal before the ending. It’s a gripping action spy thriller, which fits Black Widow’s character.

The artwork in Black Window is strange. It reminds me of the old Hellraiser comics. While it has an intentional rough look about it, it seems as though the artist improved upon his style during the process of creating this story. Panels and characters feel out of place and the first and last issues just don’t match up. I like it, but it’s not consistent enough.

I can recommend the book to anyone wanting a truly great Black Widow story, for comic and non-comic lovers alike.