If Luke Cage taught us anything it’s that each Marvel Netflix series is different and not catered to everyone. Iron Fist, which accurately represents the source material, is another example of this. While the show has received a lot of heat for “whitewashing” and all sorts of other ridiculous accusations, it’s ultimately a show dedicated to 80s’ and 90s’ kung-fu action fans.

Unfortunately, we live in a time where it’s become almost impossible to distinguish the truth from a lie. The internet has become a platform where biased and hateful journalists sell false stories and negative reviews to attract views. While it’s impossible to truly tell whether or not you’ll like something without investigating or experiencing it yourself, there are a handful of people who will have you believe that they’re experts at what’s good and bad. Not so. The perfect examples of entertainment that received exaggerated reviews are Batman v Superman and now Marvel’s Iron Fist. While the latter is in no way as strong as BvS, it’s another example of how critics got it wrong.

Iron Fist is a lot better than most critics suggested. The series tells the story of Danny Rand (Game of Thrones actor Finn Jones), a martial arts expert who returns to New York after being presumed dead for many years. The only survivor of a plane crash which carried him and his billionaire parents, Rand was rescued by a group of monks from a mystical dimension called K’un-Lun, where he was trained to become the Iron Fist. Now, he must battle two groups of baddies to achieve his goals: a brother and sister who have taken over his family’s wealth and The Hand, the ancient enemy of K’un-Lun. Along the way, he befriends other martial artists and even comes into contact with nurse Claire Temple (Rosario Dawson).

Off the bat, Danny’s origin story is a familiar mix of Batman and Green Arrow. It’s easy to draw comparisons between the three characters. Perhaps, it’s then more fitting then to compare it against the candy-coloured Arrow than any of the other Netflix shows. Whereas Daredevil, Luke Cage and Jessica Jones felt more like a 13-hour film, Iron Fist has more characteristics of a television show. This can mainly be felt in the directing of the 13 episodes. It’s missing the flair and the creative direction that made the previous shows big winners with the critics. Episode 6, for example, is directed by Wu Tang’s RZA (responsible for some of the Kill Bill soundtrack and director of The Man with the Iron Fists). Despite RZA’s repertoire, his distinct style hasn’t made it into the episode. Instead, it all feels a little by the book. 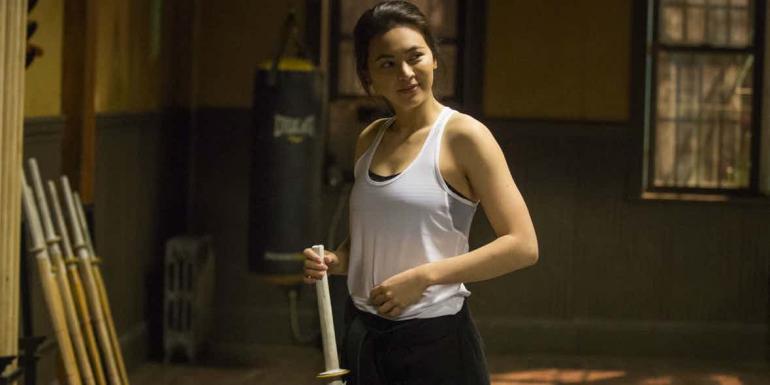 That said, the fight sequences and the most of the performances are on par with what we’ve seen from Marvel Television before. Finn Jones does a decent job as Danny Rand, although he is less magnetic than Charlie Cox as Matt Murdock or Jon Bernthal as Frank Castle. However, like all the other shows, it’s the bad guys who capture our full attention. Tom Pelphrey and David Wenham are great as the father and son duo and carry the most weight. They deliver convincing emotional performances that make you hate them and love them at the same time – something Marvel has been able to do with David Tennant’s Killgrave, Mahershala Ali’s Cottonmouth and Vincent D’Onofrio’s Wilson Fisk.

If you watch these shows purely for the comic book action, you won’t be disappointed. There are plenty of hallway fights (some of them pretty gruesome). Iron Fist is strongest when Danny Rand channels his chi and goes into full action. From the opening moments of the series, it becomes quite clear that he is the most skilled fighter amongst the Defenders. His acrobatic kicks and his fist glowing punch are simply hypnotic. 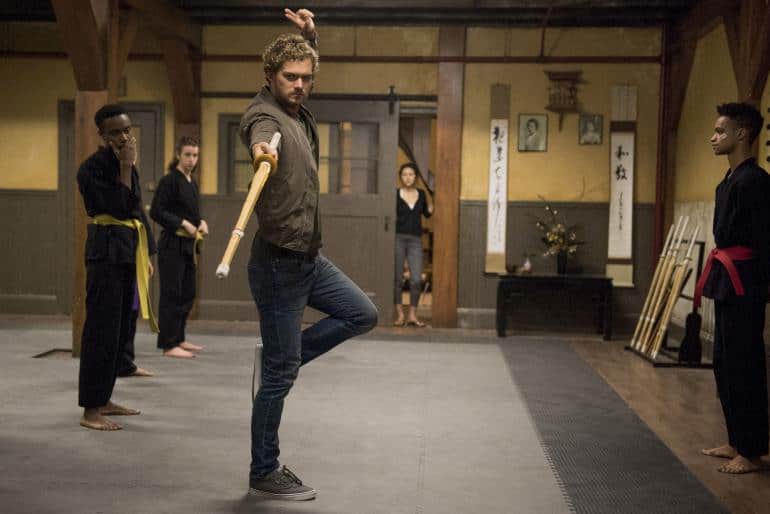 The show would have been stronger had they just allowed more cameos from Daredevil, Jessica Jones, Luke Cage and Punisher. While a lot of the characters from those shows do crossover, the viewer is continually hoping and looking around every corner for a brief appearance from the other Defenders. It becomes incredibly frustrating, especially when they all know the same people and are all effectively fighting against The Hand.

Iron Fist is by no means perfect – it drags along in the middle, it’s predictable, and the character’s choices can be frustrating – but it’s certainly not a 17% as Rotten Tomatoes suggests. All those things are forgivable. The show has got a lot of things going for it too. Most importantly, it’s fun.

There are far worse shows on TV. Don’t believe the hype. Iron Fist is totally worth your time.