Marvel’s Inhumans Gets A Cast Photo And Poster 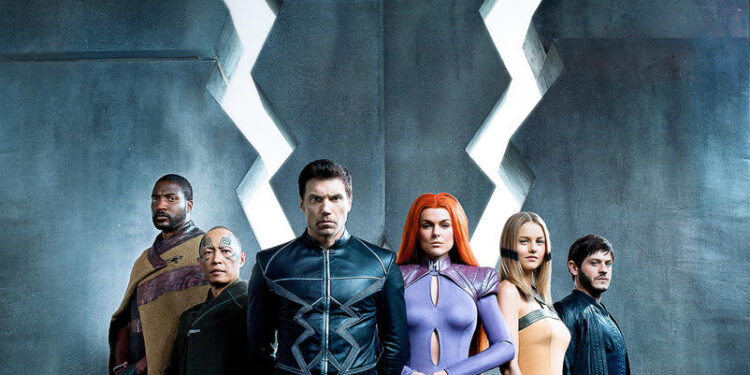 ABC has released the first cast photo and poster for the upcoming TV series, Marvel’s Inhumans, which casts Eme Ikwuakor as Gorgon, Ken Leung as Karnak, Serinda Swan as Medusa, Isabelle Cornish as Crystal and Iwan Rheon as Maximus.

After the Royal Family of Inhumans is splintered by a military coup, they barely escape to Hawaii where their surprising interactions with the lush world and humanity around them may prove to not only save them but Earth itself.

For those who don’t know, Marvel has decided to make a TV series based on the Inhumans comics rather than a full feature film. Set in the same universe as ABC’s Agents of S.H.I.E.L.D., Marvel’s Inhumans, currently filming in Hawaii, debuts Tuesday, September 26 on ABC. Iron Fist‘s showrunner, Scott Buck, will make the show a reality.

Here’s what Scott Buck had to say about how Anson Mount plays Black Bolt, in the series:

“Black Bolt is a very difficult character I would think for Anson, but for any actor to play. But Anson is tackling it in a hugely fantastic way. It’s a little bit difficult to write him, because Black Bolt does not speak, but yet he is our hero and he is the centre of the show, so it does certainly present challenges in how you tell his story, but fortunately we came up with a really good story. Anson is terrific. I think everyone’s going to be very pleased and excited by his Black Bolt. We’re not doing voice over. If you read the comics, you see Black Bolt does find a way to communicate to people, but he’s also a very enigmatic character as well, and he keeps a lot inside. That’s part of what’s so fascinating about him is that a lot of times, we don’t know what he’s thinking.”