Marvel’s Avengers is an epic, third-person, action-adventure game that combines an original, cinematic story with single-player and co-operative gameplay*. Assemble into a team of up to four players online, master extraordinary abilities, customize a growing roster of Heroes, and defend the Earth from escalating threats.

Marvel’s Avengers begins at A-Day, where Captain America, Iron Man, the Hulk, Black Widow, and Thor are unveiling a new, hi-tech Avengers Headquarters in San Francisco. The celebration turns deadly when a mysterious enemy causes a catastrophic accident which results in massive devastation. Blamed for the tragedy, the Avengers disband. Five years later, with all Super Heroes outlawed and the world in peril, a sprawling adventure ignites when a determined young woman named Kamala Khan sets out to reassemble and rebuild the Avengers to stop the unchecked power of the secretive new force known as AIM.

Assemble your team of Earth’s Mightiest Heroes, embrace your powers, and live your Super Hero dreams.

Marvel’s Avengers is available on Stadia, Microsoft Windows, PlayStation 4, and Xbox One on 4 September 2020. 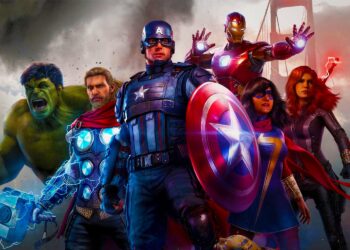 Does Marvel's Avengers have what it takes to challenge Spider-Man and the Arkham series? Have all the beta issues been... 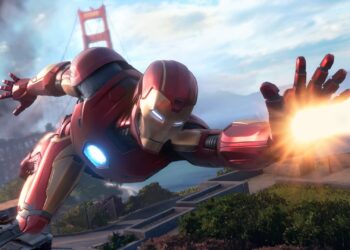 Marvel’s Avengers Is Even Bigger Than the MCU

When gamers pick up a new video game, they want to be sucked into a whole new universe—and that’s exactly... 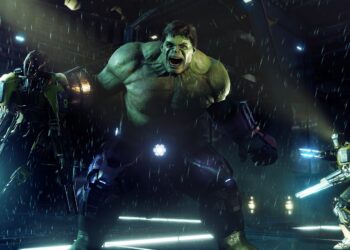 Marvel’s Avengers Is the Superhero Team-Up You Always Wanted

Ask any movie fan what their biggest dream is and you’re likely to hear: to be part of the Avengers....

It's been a tough road for Marvel's Avengers ever since the first images of the action-adventure video game dropped. Immediately,...

Marvel’s Avengers: What Can We Expect From The Beta?

The latest Marvel's Avengers War Table stream focused on what players can expect from the game's upcoming beta. Firstly, it...

With the release of Crystal Dynamics' Marvel's Avengers game a few months away, Funko has announced a new line of...

With another new trailer, Square Enix gives us a look at the gameplay in the upcoming Marvel's Avengers game. Last...

Since its announcement, many gamers have been on the fence about Marvel's Avengers. After the critically acclaimed Spider-Man PS4, gamers...

The latest Marvel's Avengers trailer finally gives us an in-depth look at some of the mechanics that will be present...