Over the course of two decades, crossover fighting game series Marvel vs. Capcom has built a name for itself by incorporating characters from Marvel’s long roster of superheroes with popular Capcom gaming icons and then placing them inside a brawling ring. Six years after Ultimate Marvel vs Capcom, taking its cues from Disney’s MCU, Marvel vs. Capcom: Infinite steps in as the new challenger and, as always, it’s a frantic quilt of screen-filling hyper combos, tag-team battles, superfluous fighting modes, colourful characters and a Saturday morning cartoon-worthy story. Firstly, it must be said that, like its forebears, Marvel vs. Capcom: Infinite is loads of fun. Of course, any game that manages to mash iconic characters – like the Guardians Of The Galaxy’s Rocket, Mega Man X, Ryu, The Avengers, Ghost Rider, Nathan Spencer, Chun-Li and Frank West – into a single game is bound for victory. That said, the focus on Marvel’s Cinematic Universe means that Iron Man is now blatantly modelled on Robert Downey Jr. and there is an exclusion of other popular brawler favourites like Wolverine and Deadpool (sorry FOX). Its biggest sin, however, isn’t the missing members in the lineup but rather the poor models of some of the heroes. Spider-Man looks bulky. Thor looks cartoonish. Hulk looks like a green clay figure. In fact, most of the pool of characters (30 or so) look like they come from a rubbery action figure toyline for kids. Thankfully, the game’s tragic looks are only skin deep and underneath it all lies a well-oiled fighting game that proves to be loads of fun.

The addition of a wacky single-player campaign (around four hours or so in length) will probably be the highlight for most fans of the series. While previous versions of the game never bothered to justify or explain the clash of the two worlds, Marvel vs. Capcom: Infinite offers a corny plot that provides a backstory. The diabolical merge of Marvel’s Ultron and Capcom’s Sigma (the bad guy from Mega Man X) has fused the two universes together, creating an uncanny hybrid dimension and a common enemy for both sets of heroes. Of course, most of it makes little to no sense but seeing icons like Hulk and Ryu share a screen and interact is priceless. There are certain key moments when the worlds come together very well and offer loads of excitement, while others feel forced and downright silly. Marvel vs. Capcom has always stood out with its quick action and Infinite is no different. From the very first opening scenes of the story mode, players are thrown into button-mashing fighting sequence against nameless robot foes. If you’re a newbie, pressing a combination of buttons should get you through most of the first rounds while the difficulty slowly increases. When the game does get serious, things get a lot tougher.

The roster might be a little smaller than usual, but all the revised characters moves are well thought out and should allow fighters to get very creative. The action is also a bit more friendly to newcomers. The really easy hyper combo system, for example, allows newbies to pull off powerful moves with little to no skill at all. That said, it won’t be a walk in the park. I found myself dying multiple times trying to defeat characters that are prone to use all their abilities well, like Spider-Man for instance. With or without special powers, Spidey’s swinging abilities and his incredible special moves make him a tough target and a very difficult opponent to defeat.

Unlike past games, the game ditches the use of support attacks from other characters and lets you freely tag in your partner character at any point during the fight. This means you can also create incredible combos between two characters while your opponent is still mid-air. The new Infinity Stone mechanic adds six selectable cosmic gems that add additional special moves (which will deplete your infinity gauge) to each player. For example, the yellow Mind Stone rapidly fills your hyper combo meter while the orange Soul Stone sends both your fighters on the attack at the same time. Use the stones wisely and you’ll have a lot more fun defeating your opponents. It’s hard to deny that the poor character designs blemish Marvel vs. Capcom: Infinite. Still, it would be a terrible mistake to overlook it based on its looks. There is a lot going for this title and, I’ve probably said it a dozen times in this review, but it remains loads of fun despite the flaws. In truth, this might be a fighter game for comic book geeks more than it is for serious fighter gamers. And that’s okay. 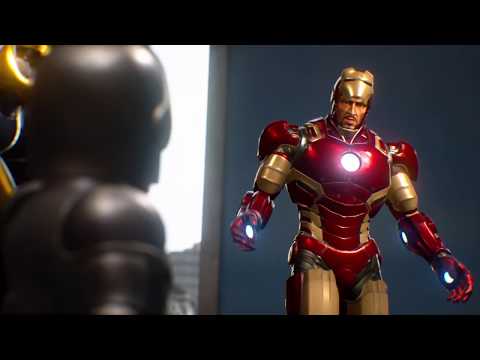