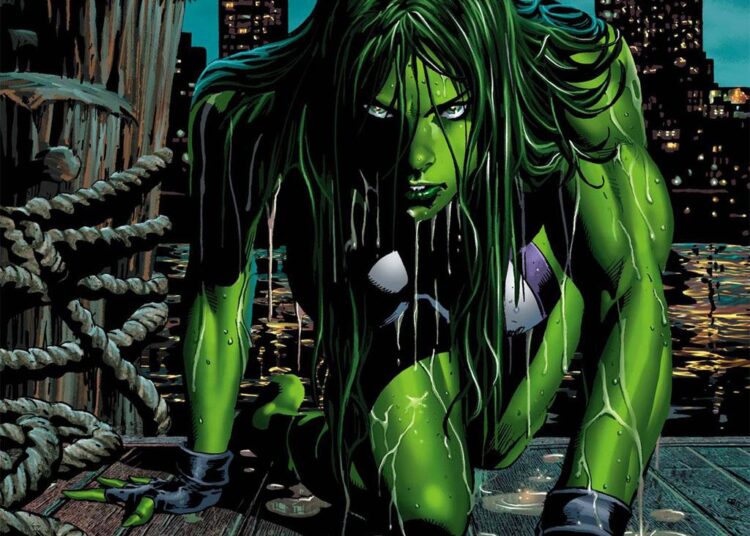 In creating their Cinematic Universe, Marvel have taken both careful steps in laying the foundations as well as making bold moves with gambles like Guardians of the Galaxy and their Netflix series of television shows. Now, in their most aggressive move yet, it looks like they’re going to wage war on prime-time. “We’ve earned the fans’ trust and now it’s time to pull out all the stops,” announced Marvel’s Head of Television Jeph Loeb. “It’s time to go to war. Every fan I talk with wants to know when they’re going to see the movies and the shows cross over properly. I always tell them that it’s a process, that it takes time.

“But now is the time. We’ve paid lip-service to the movies in the shows and linked them up. We’ve got Most Wanted, Damage Control, and now Netflix has agreed to a Punisher series, all in the works. But what we’ve kept under wraps until now are some of the other, bigger projects we have planned.”

The confirmation of the Punisher show comes as little surprise. Rumors of a Punisher series have been swirling since January, and the reaction to his appearance in Daredevil has been overwhelmingly positive. Marvel’s Most Wanted and Damage Control are the latest spin-offs of Agents of SHIELD, both being highlighted in recent back-to-back episodes of the show which is now in its third season.

However, the other projects Marvel is fast-tracking are possibly more familiar to fans of the Marvel universe.

“We’ve got Ghost Rider coming to Netflix too, along with a Midnight Sons show featuring Blade, Moon Knight and others. We’re hoping to adapt the Shadowland story from Daredevil for The Defenders, and that means getting all the right characters into place,” Loeb confirmed.

“Ghost Rider was a strange choice and we were debating it, but like with putting Black Panther in Captain America: Civil War, we just figured it made sense to not waste time. From now on, we’re officially dubbing the Netflix shows Marvel Knights.”

As for the more mainstream television offerings, Loeb responded candidly saying, “It’s time to start making superheroes fun again on the small screen. We’ve had espionage with SHIELD and Netflix is the darker side of the Marvel Cinematic Universe, but we haven’t done what many would consider proper superheroes except for on the big screen.

“Viewers can expect to see several other new shows. There are the other Defenders, the World War II team featuring Namor, the original Human Torch and Captain America. I can’t reveal too many details about that that yet though. Another is the She-Hulk show, which we’ve been fighting to get off the ground for years, along with an anthology series which could become every fans’ favorite. “The Cinematic Universe is so full of characters that we thought it would be fun to do a show highlighting that fact. We’ll be crossing over characters from all corners and in different ways. From She-Hulk and Matt Murdock in a courtroom to Ant-Man and the Inhumans, each episode will be unexpected,” he said.

When asked about the future of the films and what shake-ups fans could expect in the fall out from the upcoming Civil War, Loeb remained tight-lipped but offered a cryptic comment.

“Things will change, but I can’t really say. That side of things isn’t my department. But there may be some… fantastic… characters coming back to the Marvel Cinematic Universe very soon.”

The potential return of the Fantastic Four to Marvel’s TV and movie stable could prove to be one of the best things for the company, as could all those shows. If only this weren’t just an April Fool’s Day story.