Does Marvel Comics’ Current Output Suck? Do We Need Change?

“Marvel Comics suck now! They need to stop pushing political agendas! They aren’t being progressive, they’re just throwing sh*t at the walls to see what sticks! They don’t have any real grand plan!”

Comments like that from readers, along with countless others about the decline in quality from the House of Ideas, have been increasingly vocal over the past several years. To some extent, it’s understandable, as current storylines have ranged from Loki running for President to intergalactic refugees seeking asylum on Earth. Captain America has been revealed as an unwitting Hydra agent, politically-correct heroes and heroines abound, and some of their most iconic characters have been written off to make way for a new generation. 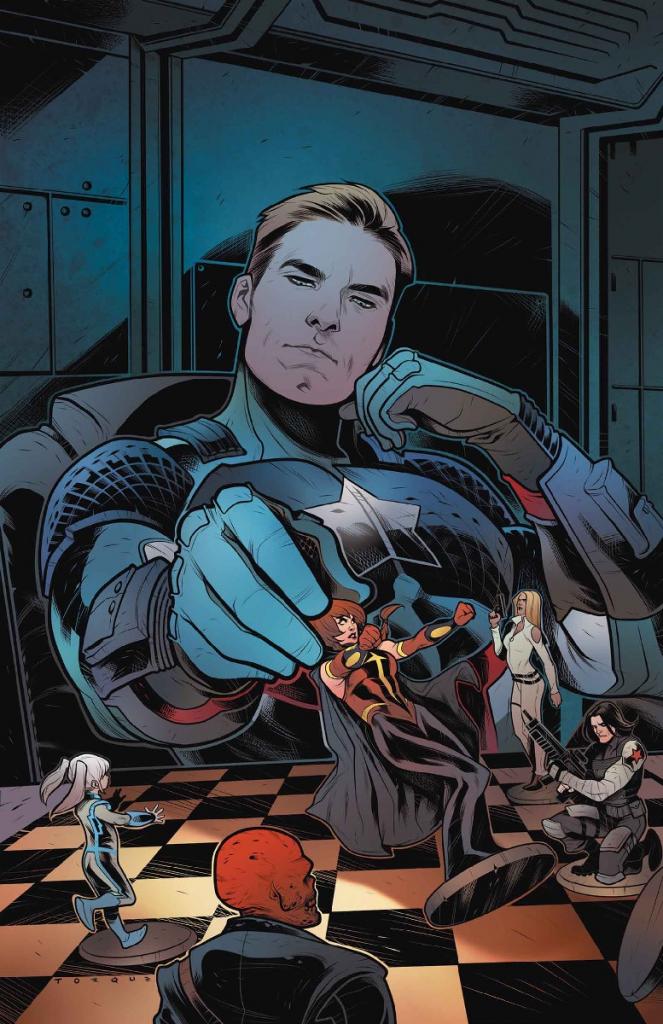 The general consensus appears to be that Marvel Comics’ current output stinks and that they’ve been getting things wrong for a while now. Fans, always vocal about characters and comic books that they know and love, want serious changes made. Even when looking at the numbers, Marvel has been taking a beating from DC in terms of sales – although those numbers are questionable when return policies and other factors are taken into account.

Marvel Comics has maintained that their sales have been fine and that their popularity amongst female readers is higher than ever, which is a clear cause for celebration. Their merchandise sells fast too, while even some of their most obscure characters have gained brand recognition. Throw in the success – both commercially and critically – of their films, and they seem to be in a good place. Except for alienating some of their long-time readers, it seems.

The news that big changes are soon on the way for Marvel has the potential to be everything those critics are hoping for. It’s promising to fix the mistakes of the recent past, with the upcoming Secret Empire being the starting point. Granted, Executive Editor Tom Brevoort compared it to a Michael Bay film – perhaps not the best of descriptions – but in terms of action, that sounds pretty good. There may be some reason for the critics to cheer soon if they deliver on their promises. But was Marvel really in such bad shape?

Comic books, like all forms of entertainment, are subject to trends. In the world of cinema, sci-fi films may dominate for a while, but then people tire of them and move on to thrillers, fantasy films, dramas and so on. No one genre is safe in the long-term, even superhero films, because the market becomes over-saturated with too much of the same thing. The trick is to stay ahead of the curve and work out what will be the next big thing. Unfortunately, in a medium where originality is the hardest thing to sell, there are more losers than winners. Meanwhile, the studio system wants to milk an existing money-making trend until it’s dry, which is why so many sequels and remakes exist. They’re considered the closest thing to a safe bet. 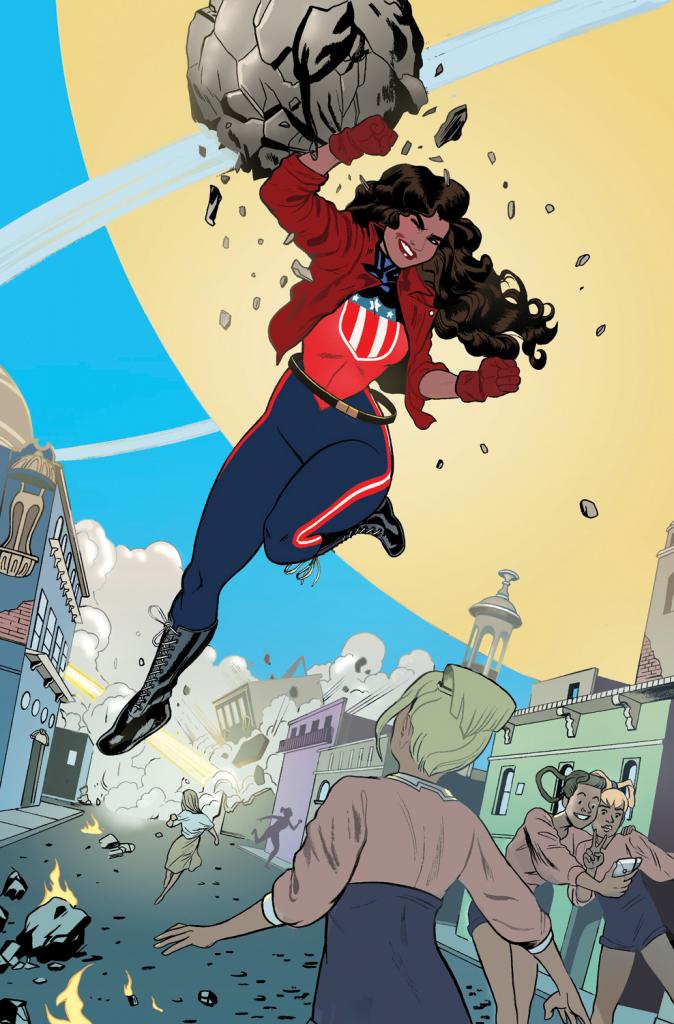 The big two comic book companies, Marvel and DC, have been doing a symbiotic dance with each other for many years as they follow old trends and try to create new ones. Their supposed rivalry has been dismissed at times as just being in the minds of the fans, while the creators from both companies would happily mingle and swap stories over lunch. While the latter may be true, it’s also fair to say that the creators and companies have benefitted from each other’s presence as well as trying to hinder their progress, and some of the behaviour from all involved is less about friendly competition as it is about trying to run each other into the ground.

It’s hardly any surprise that the two companies have ridden each other’s coat-tails over the years, from similar characters and concepts ranging from X-Men/Doom Patrol and Challengers of the Unknown/Fantastic Four to the notorious Deathstroke/Deadpool swipe. The Superhero Registration Act may be an extension of the one for Mutants in the Marvel U, but the JSA faced the very same thing back in the DCU many years earlier. The crossover events at one company may be good for business, but they’re bound to be followed soon after by a major crossover event at the other.

As a positive, it means that any original idea can create a bold new trend and create constructive back-and-forth creativity. Unfortunately, it’s also such a close dance that when one stumbles, the other tends to do the same because it’s still trying to copy the same steps.

DC’s New 52 was a bold creative move for them to try to recreate their superhero landscape. It allowed characters to have fresh starts and new looks. It also alienated many of their long-time fans, by making the stories darker and trying to appeal to a more adult fan base. In the long run, readers left DC and the concept faltered, creating what DC’s top brass Jim Lee and Dan Didio called a “disconnect” between the company and its readers. However, at the time it initially generated a spike in sales and interest amongst fans and within the industry. It was considered a success, so much so that Marvel Comics needed to come up with something similar just to keep up.

The failure of the New 52 wasn’t initially apparent and was even harder for DC to acknowledge. It’s understandable since they had so much invested in it. As the quality of DC’s output dipped, Marvel still looked to be going strong. It made sense for DC to try to ride it out for as long as possible, to try to cement a new audience, to cancel low-selling titles and create new ones simply to prop up the ones which were succeeding. Ultimately, however, it made more sense to take a new approach to stop the rot.

The solution was Rebirth, a major event which would jettison the elements of the New 52 which didn’t work whilst going back to the older, more audience-friendly proven formula to win back their fans. It even allowed them to keep some of the things which did work, and to build on them in all-new ways. The subsequent boost in sales and popularity have echoed the success of these decisions. It was the right thing to do. 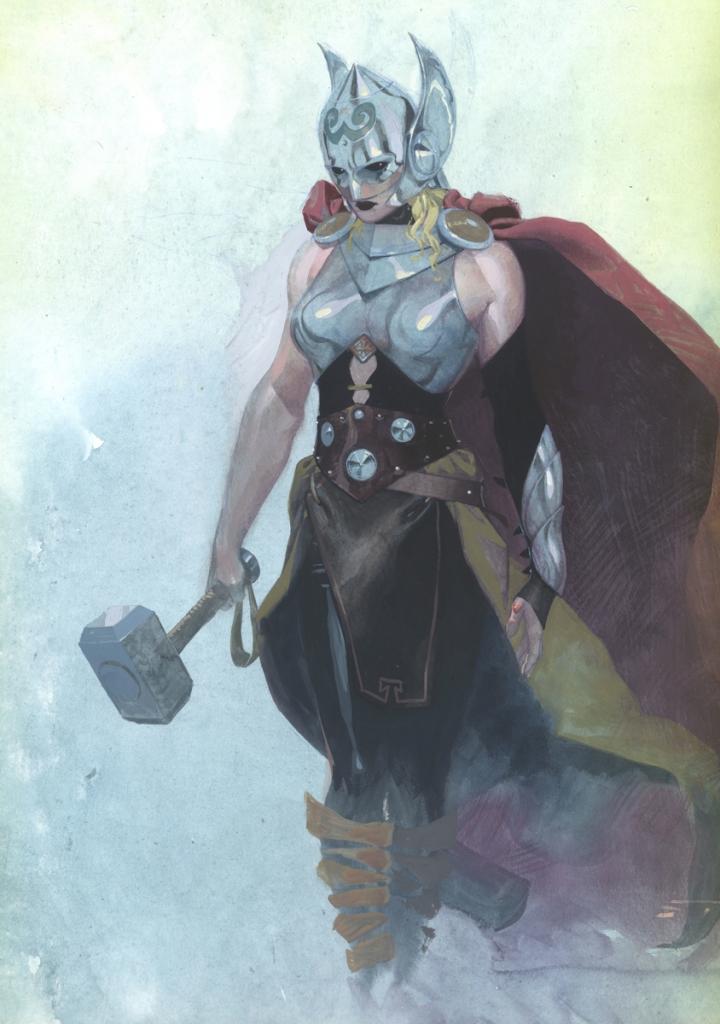 Marvel’s own equivalent of the New 52 – a plan which included changes including a female Thor, the death of Bruce Banner, the axing of the Fantastic Four, more focus on the Inhumans instead of the X-Men and many other changes – has created many of the same disenchantments amongst fans as DC’s did. Like the New 52, it’s also offered some bold creative choices and some fine storytelling at times. It’s been more political and more politically correct to keep up with the times, and brought many much-needed diverse characters to the fore – sadly at the expense of older, more established ones.

Just as with DC’s plan, there have been many great moments which readers have enjoyed. However, with Rebirth currently outshining their product and DC on the rise, Marvel Comics’ simultaneous slump, the alienation of long-time readers and their current output looks like a failure as opposed to a problem which can be solved. It’s almost a mirror-image of DC’s problems of the past several years. The only solution has been obvious for quite some time now: much like their so-called rivals, they needed to listen to the fans and make changes. It was inevitable.

Whatever changes are to be implemented after Secret Empire have the potential to be as popular as Rebirth, if not more so. One of the joys of the dance the two companies share means that the one following the leader gets to learn from their mistakes. Coming second when a new trend emerges means having the ability to improve upon the original. Right now, any future success for Marvel is up to them. When the sales for Rebirth slowly drop off, if Marvel Comics gets it right, they can overtake them once again – but even then, it’ll only be for a while until DC ups their game again. Nobody wins or loses in their rivalry, because whoever sells the most comic books in a month or a year isn’t as important as creating the best comics they can for their readers.

Their dance is a continuous routine where the two overlap, switching roles as needed. Over the years, their roles have changed and provided an important contrast for fans. DC offered family-friendly, sometimes hilarious, comic books at a time when Marvel was seen as the home of angst-ridden characters. Then they swapped roles, and then swapped again. Each of them has paved the way for the other, each benefitting or failing on the way depending on audience acceptance, but both continue to try to create something new and learn from the other. Fans jump ship all the time, despite their claims of strictly supporting one or the other, because they go where they’ll receive the best product which appeals to them at the time.

For DC and Marvel, the dance never ends; they just take turns leading or following, while their readers get to enjoy the performance… and to occasionally yell at them when they put a foot wrong.