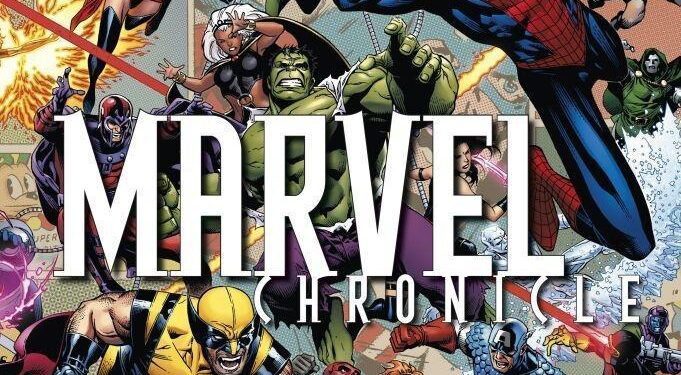 Just when you thought you knew everything there was to know about the Marvel Universe… Bam! DK releases Marvel Chronicles, the definitive guide to the world of Marvel Comics, a stunning, comprehensive historical chronology of the complex comic book universe.

This massive compendium is filled with lavish illustrations highlighting every iconic hero and villain, including favourites like Spider-Man, Iron Man, Captain America, The Avengers, Hulk and, literally, hundreds more. It’s all here in this massive, heavy coffee table book, which covers the full seventy year timeline of the company. 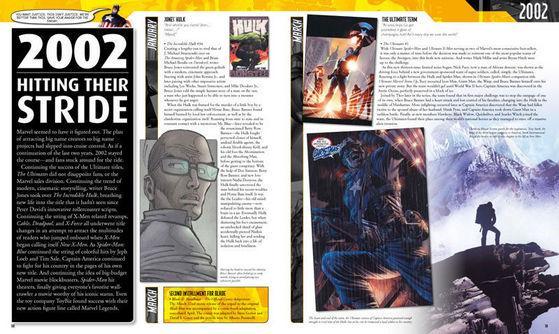 If you have an unquenchable love for comic books, and Marvel in particular, then Marvel Chronicles is the book for you.

Forwarded by Stan Lee, the 352 page coffee table book is hard to put down. Just glancing through the beautifully inked artwork, Readers are taken on an incredible voyage exploring the chronicles of the characters and the company, starting as early as the Golden Age of Comics from the 1930s. The book continues to explore Timely Comics rise during the years, when they became Atlas Comics and eventually took on the name Marvel in 1963.

Marvel Chronicles is the essential guide and reference to a world of comic books and superheroes that have entertained millions of fans both young and old. With commentary from various Marvel experts, and featuring the work of legends like Jack Kirby, Steve Ditko, Todd McFarlane, Jim Cheung and many others, Marvel Chronicle proves to be the ultimate comic book adventure. 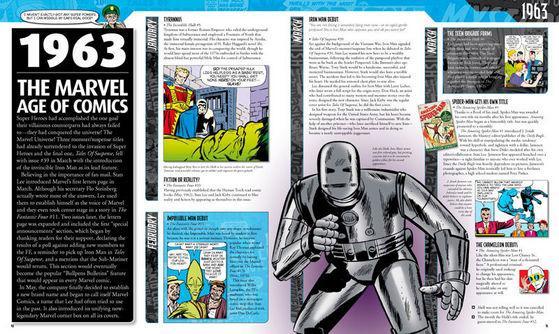 Marvel Chronicles is highly recommended for serious fans. It’s a detailed look at the past, present and future of the comic book giants. DK (Dorling Kindersley), once again, does a fantastic job of capturing the major storylines, first character appearances, memorable titles, and nostalgic moments that span an incredible seven decades. Seriously, you have got to get your hands on this masterpiece.