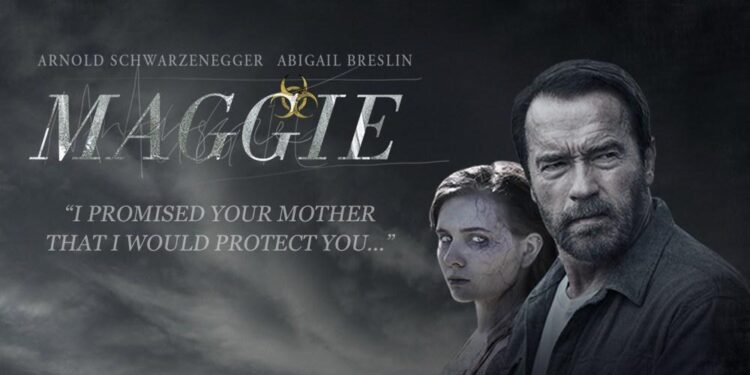 Henry Hobson’s sombre low-budget zombie drama Maggie, starring Arnold Schwarzenegger, is a surprising accomplishment in a genre well-known for its gore and inanity. It’s a grounded portrait of a father’s undying love for his daughter in the midst of an impending doom. There’s quite a lot to admire about Hobson’s first feature film; it offers us a side to Schwarzenegger that we haven’t seen on film before and also avoids the usual zombie genre pitfalls. While it’s short on scares, Maggie paints a haunting father-daughter tragedy that displays genuine tenderness. Essentially, it’s a family drama packaged in a horror exterior.

Set in a post-apocalyptic world where Earth’s inhabitants are infected by a zombie-like virus, a farmer (Schwarzenegger) learns that his daughter Maggie (Abigail Breslin) is infected with the disease while she’s been away from her family. He rushes to her aid and brings her back home to nurse her. As her symptoms worsen, authorities threaten to take her to quarantine.

Maggie is a slow-burner. It’s not an action film. It’s a film that depends on subtleties to tell it’s story of despair. As Maggie grows more and more ill, the farmer is left with hard questions regarding her inevitable fate.

Outstanding performances from Schwarzenegger and Breslin help carry the film to a somewhat anti-climatic conclusion. That being said, the journey is moving and sincere. 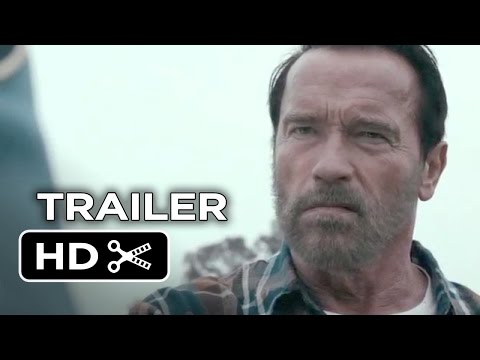