Gangsters, guns, girls, and gators are everything you need from a Mafia game. But is it enough? The first five hours of Mafia III are epic. Set in 1968, the protagonist Lincoln Clay, a young black orphan, is taken in by the black mob. After serving in the Vietnam War as a Special Forces soldier, Lincoln returns to New Bordeaux a fictional version of New Orleans. After returning from the war, Lincoln reunites with his old mobster friends and the man that took him in as a young orphan Sammy Robinson, who is the head of the black mob.

An ongoing war between rival gangs has Sammy in a bit of a pickle with the Don of the Marcano Family, Sal Marcano. This angers Lincoln and eventually leads to Lincoln taking out a rival gang. After Lincoln meets Sal, he is told Sammy is unfit to keep on running the Black Mob and that he should take over his place. Loyalty is one of the main themes throughout the campaign and we see this takeover Lincoln as he refuses the offer, however, he does accept to pay back the debt. After successfully paying back the debt, Lincoln is betrayed by Sal. He is shot in the head and left for dead in a burning building with other people. Father James, Lincoln’s old friend saves him from the blazing fire and helps nurse him back to health. After he recovers, he is aided with important tactical information by his former CIA Vietnam Handler John Donovan. This sparks the events that led up to Lincolns revenge, identifying and killing all of Sal Marcano’s bosses from the ground up and recruiting three of his own bosses handing them different territories as you kill the bosses that run them which Lincolns own underbosses will in turn hold and run contributing money and benefits to Lincoln. The more territories Lincoln claims the closer the gets to achieving his ultimate revenge.

In my opinion, when it comes to open world games the big five, in no particular order, are GTA 5, MGS 5, Skyrim, The Witcher 3 and Fallout 4. The Mafia series is, however, getting better and better with every release. I was very impressed with Mafia III, especially the first 5 hours of gameplay. Being thrown straight into the action and delving deep into the different character’s had me hooked, line and sinker. Triggering events after completing a mission that throws you into a cut scene really brought the story to life. However, after 5 hours of gameplay and arranging the first sit down with all my bosses, things started to become tiresome and repetitive. Repeating the same task over and over to gain territory made me loose that excitement that was given to me within the first few hours of gameplay. Although there were few side missions that were interesting they also become tedious as you would basically complete the same side mission a few times over. 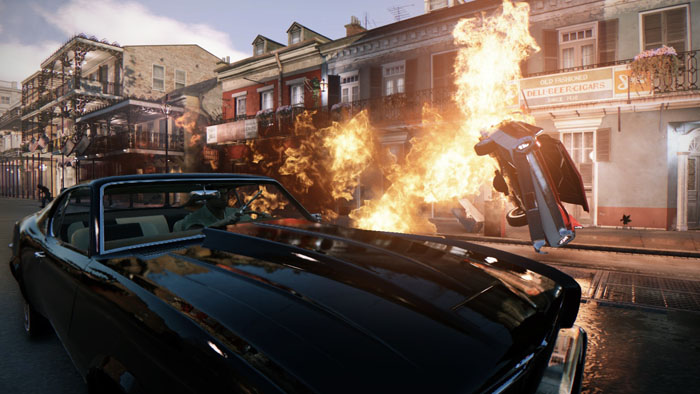 The general feel and control over the player was decent but also had its issues. The covering system worked well and it was rare that I found spots that you could not gain cover from – although it did happen once or twice. Shooting enemies was slightly too easy, even after changing my settings to difficult and taking aim assist off. The variety of guns and modifications were very few and not satisfying. One thing that 2K did nail on the head was the driving system. It feels very fluid and is loads of fun coupled with a wide variety of cars that completely match the time frame of Mafia III.

Stealth was another huge part of the gameplay as you always had the choice of completing a task using stealth or whatever else you deemed necessary to completing that task. The stealth takedown animations were perfect, to say the least. The wide variations in the animations made it feel very rewarding when taking down an enemy. Being able to throw their body in a lake with alligators to get rid of the body was just priceless.

The major let-downs in gameplay were the repetitiveness in taking over new territory. The clunky thoughtless A.I also made missions easy to get through, especially when using the help of a hit squad. I rarely found myself moving around making use of different cover spots because of the A.I flanking me. Instead, I just sat behind the same wall picking the enemies off one by one.

Capturing the Iconic city New Orleans and turning it into a fictional Mafia-infested war zone was picture perfect. Every building, painting, and character were spot on. From the cars in game to the famous swamplands of New Orleans, I really felt like 2K captured what it is was like to live in the 60s. Racism and other issues that were very prominent during that era also play a big part in the storyline of Mafia III.

While almost everything looked really convincing I sometimes found the sun to be way too bright and blinding me or found that it was too dark to see anything. The map is larger than both previous Mafia games combined and includes ten districts. The cut scenes look absolutely amazing with great acting and music working perfectly with the story that really gets you into the Mafia Mood. The music chosen is matched perfectly to the 60s era. The sound was almost perfect except for the vehicles. Vehicles sounded very bogus and flat killing the thrill of speeding past other cars or chasing down enemies. 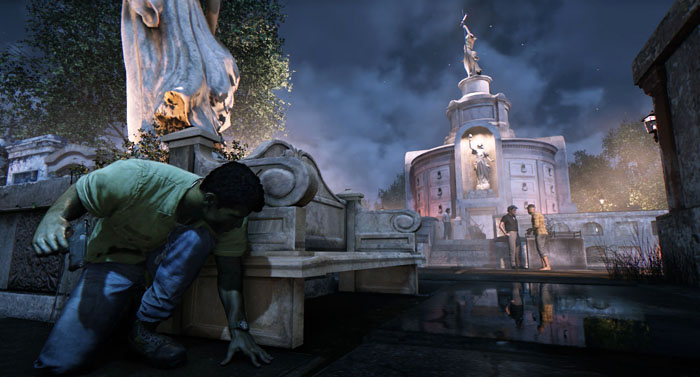 Overall, I must be honest and say that I was impressed by Mafia III in the first few hours then completely lost interest thereafter. The repetitiveness makes the player lose that connection and thrill to play. Also, the weak A.I makes the game too simple. Looking past the gameplay issues, the lack of content and side missions to keep the player engaged really makes Mafia III lose replay value. Having said all of that, the ideas, storyline, characters and look of the game were captured perfectly. If only everything else worked just as well.