Made in Abyss: What We Expect From The Live-Action Movie 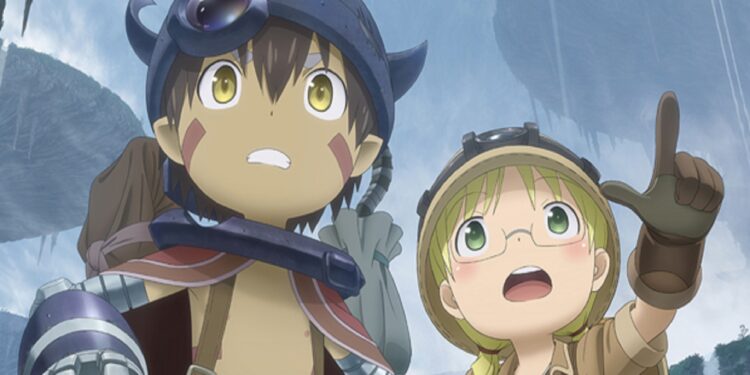 Do we really need a live-action movie adaptation of Made in Abyss? We’re not sure but we’re getting one.

Made in Abyss is an Adventure anime series, adapted from the manga of the same name, produced by Media Factory, and was handled by Studio Kinema Citrus, which is famous for making anime series such as The Rising of Shield Hero and Black Bullet. The anime adaptation for Made in Abyss has a total of 13 episodes and started airing in the Summer Season of 2017. There have been several anime Made in Abyss movies as well.

What is the anime about?

The plot of the series follows Riko, a budding adventurer that decided to find the whereabouts of her mother and venture into the gaping Abyss. She encounters a strange boy with no memories of his past and turns out to be a robot. Riko names him Reg and the two venture unto the lower sections of the Abyss to find Reg’s memories and hopefully find the bottom. However, reality hits them and harsh experiences soon follow.

With a show as big as this, it was expected that a live-action adaptation would soon follow, and so it did. The live-action movie adaptation for Made in Abyss is going to be adapted by Kevin McMullin and will be produced by Roy Lee’s Vertigo Entertainment accompanied by Masi Oka, an actor, and producer from Mobius Productions. It was also reported that it already started its early stages at Columbia Pictures.

What We Expect From The Live-Action Made in Abyss Movie

During its first airing back in 2017, Made in Abyss already gained a huge following because of how the anime presented itself and shocked viewers. It is not your typical adventure anime where everything is happy-go-lucky. The series focuses on a more realistic perspective where the characters encounter horrific scenarios that traumatise them and even cause death.

With that in mind, we have to expect that the live-action adaptation will not shy away from the realistic and gory scenes that are present in the series. It’ll also have to take on a more serious atmosphere where the hardships of the characters and their struggles are highlighted. Lastly, the theme will have a much darker tone to it than your typical adventure series.

Other things to take into consideration are the character and monster designs. That presents a very real challenge in the live-action adaptation. There are a lot of monsters and different characters with their unique costumes and abilities. In addition, the world of Made in Abyss also presents as a wall to the live-action movie adaptation because of its unique settings with different environments and climates.

Because of the challenging design elements and setting, we’ll have to expect that some scenes in the series won’t be included. There could also be a possibility where they change the environments and the looks of the characters to a much simpler version than the ones in the anime. A lot of CGI would also have to be used if they want to capture the vast world of Made in Abyss.

Lastly, in terms of the plot, fans expect it to follow that of the original series. One of the selling points of Made in Abyss was its dark and gritty storyline. The story and the theme of a show are related but are different in their respective entireties. While a theme may be called the ambience, the story is the heart of the show itself. The live adaptation should stick to the plot and avoid making original scenes as it poses a big risk and, although it may have big rewards, if it fails, the blunder would result in the movie’s flop.

But there is one light that gave its blessing on this humungous challenge of making a live-action adaptation of an anime series. The staff involved are pretty experienced and well-known in the industry. Masi Oka and Roy Lee’s Vertigo have produced the Death Note and The Promised Neverland live adaptations.

To conclude, the live-action adaptation of Made in Abyss has a heavy burden to fulfil as it carries the massive expectation of the fan base. Several big series have already had live adaptations but most of them fail and are clowned upon.

We trust the big names that are involved in the making of the live-action movie adaptation of Made in Abyss, for it to be a success.

Tell us, do you want a live-action Made in Abyss movie?