Cars, dust, blood and death, welcome to the world of Mad Max. The story begins with our hero Max finding himself on the brink of death and without a car, after nearly losing his life at the hands of Scabrous Scrotus, the Warlord in charge of Gas Town (a refinery city). Luckily Max is found by a hunchbacked mechanic, called Chumbucket who sees Max as a saint sent from the Angel of Combustion (a deity from his car based religion) to help him build the ultimate wasteland machine- the Magnum Opus. 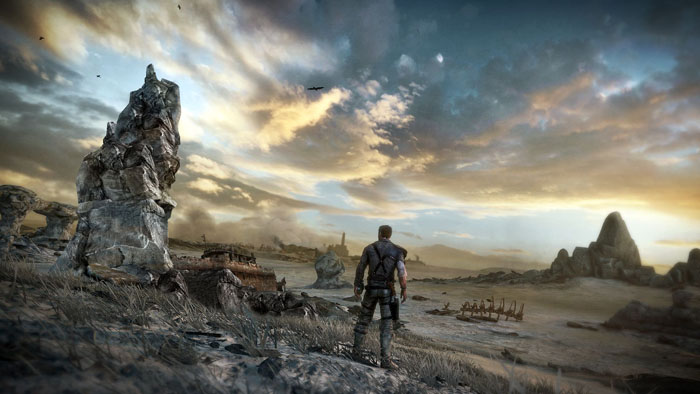 The story of Mad Max is your run of the mill tale of revenge and redemption as Max needs to contend with the local warlords and the inhabitants of the wasteland, in order to complete the Magnum Opus. As with most sandbox games, a large part of the story stems from the experiences the player has in the open world setting. Mad Max takes a lot of inspiration from other games and tries to innovate on these established formulas.

The wasteland is a huge area, littered with missions, objectives and areas to loot. Most of these objectives and missions have you fighting to lessen the grip of Scrotus and his Warlords on the surrounding areas. This can be achieved in a few ways, destroying and taking over enemy encampments, tearing down totem-like scarecrows and sniper nests, and disabling minefields. Scattered throughout the wasteland are areas to loot and scavenge for scrap. Visiting these areas become important as scrap is the currency you use to not only upgrade Max’s equipment, but also the Magnum Opus. In order to discover these areas, Max needs to use hot air balloons that are placed all over the wasteland to survey and mark the surrounding area. This mechanic reminded me a lot of FarCry 4.

The wasteland isn’t only filled with enemies, there are those who can be considered allies should you be willing to help them out. These allies come in the form of various stronghold leaders. Players are able to upgrade these strongholds with parts and scrap they collect in the wasteland. These upgrades confer various bonuses when entering the stronghold, such as water fill-ups, refuelling and food.

For a barren desert, Avalanche studios have done an admirable job at making each area of the wasteland look unique and interesting. Having said this, the wasteland is still a desert which means you will spend most of your time staring at shades of brown and orange. There are moments when these monotonous colours are punctuated by blue skies, violent lightning, dust storms and the occasional junkyards. Even with all the monotonous colours filling the screen, the wasteland is still a strangely beautiful place. You might actually catch yourself pausing for a moment to take in some of its views, as the game does tend to look amazing at times. 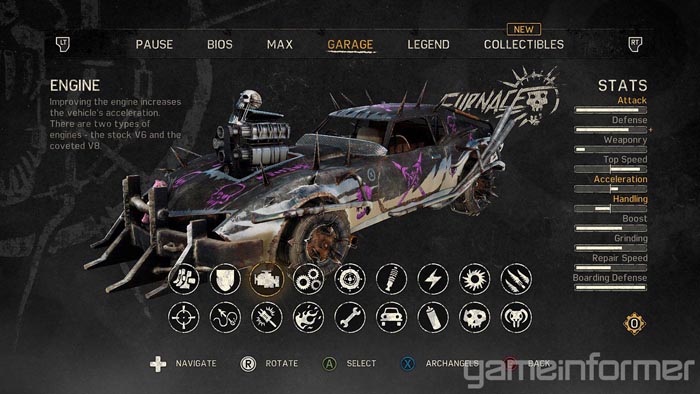 Navigating the wasteland can be treacherous as bands of enemies patrol the various roads. In order to stand any chance of survival Max has to make sure that the Magnum Opus is not only adequately defended against attacks from these enemies, but that it can also deal the maximum amount of damage to them. This is where the vehicle upgrade system comes into play. In Mad Max, you literally build up your vehicle from scratch, by firstly scavenging a body and then upgrading the body with al sorts of pointy goodies. Players are able to upgrade everything from the tyres of the Magnum Opus to its engine and are even able to add some interesting weapons to it. The most notable of these is the harpoon which lets you pull off enemy armour from vehicles and even lets you pull out the drivers. Not only do these weapons give you interesting options when taking on enemy vehicles, they can even aid in tearing down encampment defences. Car combat is a lot more fun than I first anticipated. Being chased by a group of enemies and trying to take them out one-by-one, while they are ramming you off the road is exhilarating. There were actually moments that I found myself looking for enemy vehicles to fight. 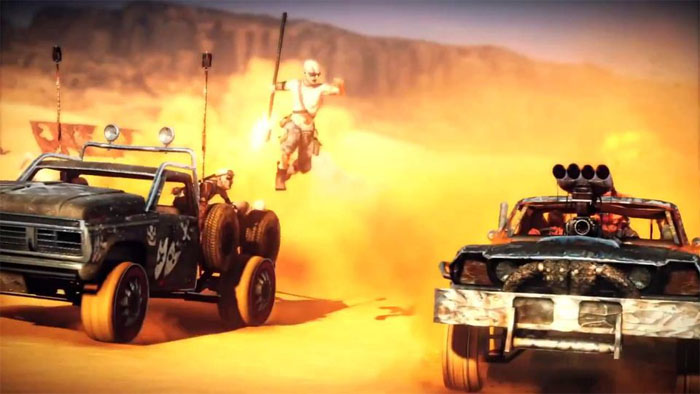 Not all of the combat in Mad Max takes place while driving. Players also have to fight enemies while on foot. Hand-to-hand combat is similar to the counter based system of the Arkham series of games, and I found it to have its own unique rhythm and feel. Max tends to be less acrobatic than Batman which makes combat feel slightly different, even though it is based on the same system. Max is able to counter and parry as well as use his shotgun in battle, he is also able to pick up and use weapons that enemies have dropped (these weapons do tend to break after a few hits). Even though I felt that the combat was enjoyable and slightly different (although sometimes awkward) from the established formula, I still wished that Avalanche had done a little more to differentiate the combat even further. 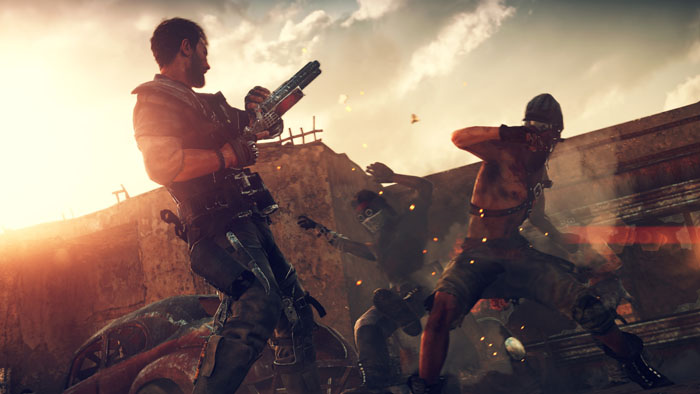 Taking damage in battle means that Max needs to scavenge for food or water. This was an aspect of the game that I’d thought I would hate when I first heard about it. Max’s health does not regenerate over time, which feels quite refreshing in a time when most games uses regenerating health. In order to restore his health players need to either eat food (in the form of maggots and dog food) or drink water (which Max can collect from various sources). This survival mechanic really adds to the game and I never felt frustrated by it. Scavenging also comes into play when using a vehicle. Fuel is a valuable and scarce resource in the universe of Mad Max, in the game vehicles can actually run out of fuel. As with the health mechanic I thought that this might become frustrating, luckily the wasteland is littered with cans of fuel. So much so that it didn’t feel like a scarce resource at all. 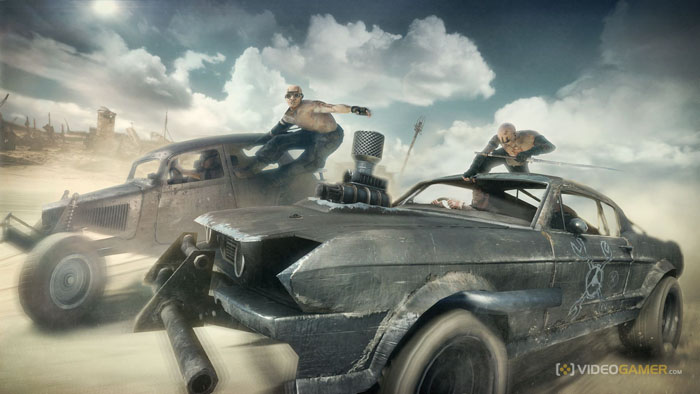 After playing for a while, I did notice that the game suffered from a problem that tended to plague sandbox games, namely repetitiveness. Missions can become a rinse and repeat exercise. Although the missions and objectives tend to be the same, what factors come into play (environmental, enemies) and how you take on those missions and objectives can add some variety. Some of the best moments I had playing Mad Max was when factors beyond my control (for instance huge sandstorms) would force me to change the way I took on an objective.

What Mad Max sets out to do, it does well. As a vehicle combat driven game, it is great fun. It does borrow mechanics from other games and some are implemented more successfully than others. There are moments of brilliance (found in the high-octane car combat) which can be followed by moments of repetitiveness. Although the story is adequate I found myself being driven more by the promise of upgrading my vehicle than by the conclusion of the tale. Overall Mad Max is an open world filled with lore, fast cars, huge explosions and brutal fun. If you can look past its few flaws, and invest some time into the game, then you might just be surprised at how much fun it can be.