MachiaVillain Review – Being Bad Made Fun 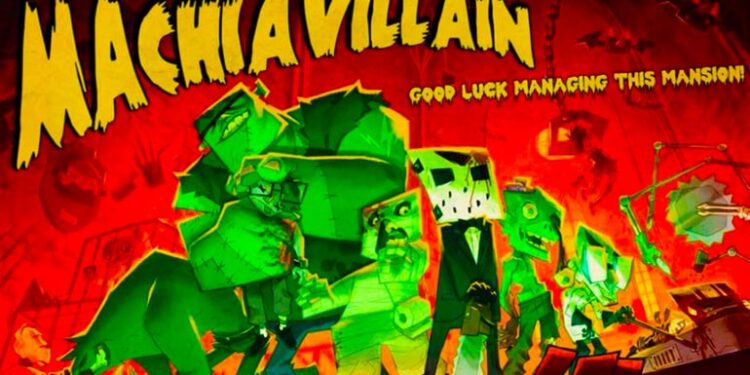 Have you ever watched a classic horror film and thought to yourself, “Those monsters seem so misunderstood, all they want to do is live a quiet life of slaughtering human beings and living in peace.” Well, if you have, Wild Factor’s MachiaVillain might just be the strategy game/management sim for you. 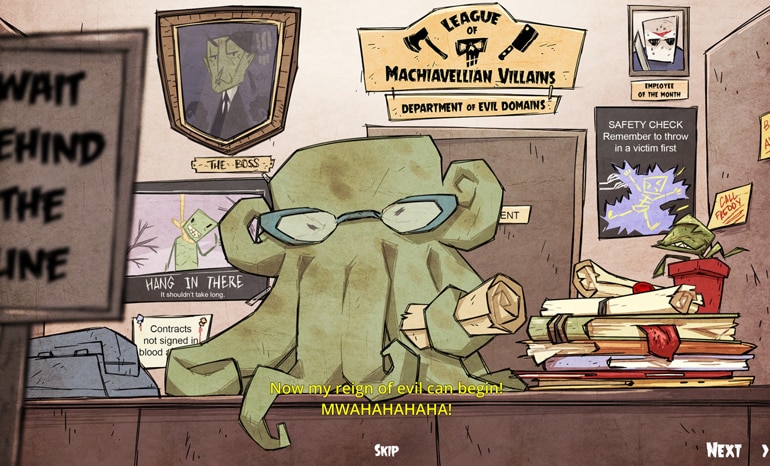 Taking inspiration from such classics as Dungeon Keeper, as well as some more recent games such as Rimworld and Prison Architect, MachiaVillain sees you taking on the role of an underpaid and underappreciated minion sweating away under a jerk of a boss. After being accepted into the Evil League of Machiavellian Villains, basically a group of the most evil of evilest head honchos, you leave your old grubby job behind and set out to build your own evil mansion. Right from the start, it is clear that while the game has quite a gruesome theme it doesn’t take itself too seriously.

…you’ll need to construct rooms using your gathered resources, rooms such as a spooky home office, a disgusting kitchen, a diabolical laboratory and, of course, a few good old-fashioned kill rooms.

After being given three of your own minions to help you establish your mansion of evil and terror you set out to begin construction. Now, as anyone who has played any of the game’s that inspired MachiaVillian knows this requires gathering resources and carefully managing your personal, or in this case, evil minions (and no not the yellow type). Each of your minions has their own positives and negative aspects which will determine just how efficient or capable they are at certain tasks.

Your main priorities from the get-go are increasing your rank with the League of Machiavellian Villains and making sure that your loyal minions stay well fed and loyal. Now, this is no easy task as it will require cunning, planning and murder. To accomplish this, you’ll need to construct rooms using your gathered resources, rooms such as a spooky home office, a disgusting kitchen, a diabolical laboratory and, of course, a few good old-fashioned kill rooms. 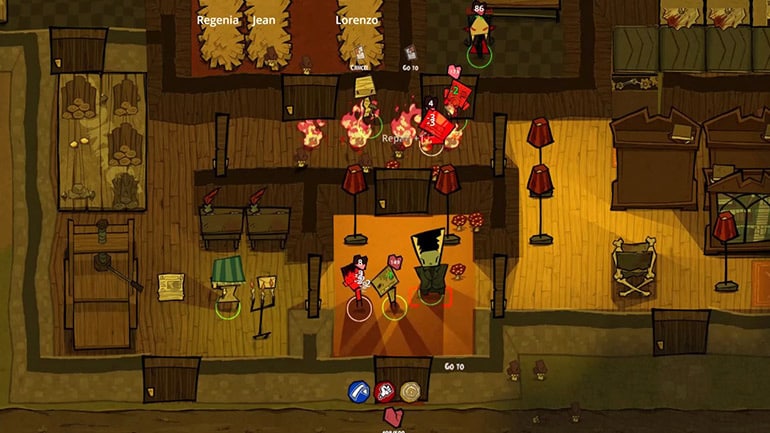 Getting all this done can seem daunting as you will have to balance and manage tasks such as crafting, construction and gathering but to name a few. Luckily, assigning jobs to each of your minions is rather intuitive. Each minion has a three-star rating next to each of the jobs they are able to perform. You are able to assign these jobs in order of priority. Basically, you won’t be taking direct control of your minions but rather assigning them jobs based on priority, which means that your minions will be getting on with their assigned jobs with little to no input from you. This allows you to concentrate on expanding your murder mansion.

Of course, part of keeping your minions happy and in tip top murdering shape means that they need to be well fed. This means that you’ll quickly need to start marketing your newly build mansion to the unsuspecting humans luring them by offering free holidays or even cheap rent.

Do you use a pool of sharks? The trusty old spike trap?

Once your unsuspecting clients arrive, your job is to scare and eventually kill them. How you go about this is completely up to you. Do you use a pool of sharks? The trusty old spike trap? Or just let your minions slay them? The choice is yours.

Although, as any horror movie buff knows, it’s important not to draw suspicion to your activities as this could end up bringing heroes to your mansion bent on killing your minions. So, making sure your guests (victims) don’t escape or become too suspicious is of the utmost importance if you want to run a successful murder mansion.

MachiaVillain‘s cartoon-inspired visuals help add to the light-hearted tone of the game. Well, as light-hearted as a game about murdering unsuspecting victims can be. And although it might not be to everyone’s taste, I found it quite charming, perfectly fitting in with the game’s humour. The cut scenes are a delight and contain many little Easter egg nods to classic horror films.

The cut scenes are a delight and contain many little Easter egg nods to classic horror films.

While MachiaVillain’s dark sense of humour and the unique premise does make for an enjoyable experience, it is, however, far from perfect. The controls can be a bit cumbersome at times, and navigating the various menus and sub-menus can be challenging for the most part (at least until you’ve become accustomed to them). While these issues don’t detract too much from the experience what does hurt the game a bit is that you do get to a point where you’ve basically built everything there is.

Wild Factor is sure to add more content to the game in the future and, of course, we can’t wait. However, currently, I wish there was just a bit more to build. Lastly, it is important to note that the game does suffer from some pacing issues every now and then. As you need to continually lure more victims to your mansion in order to keep your minions happy, there is very little downtime to actually plan and build as much as you would like. This can mean that things do get a bit frantic at times.

Overall, MachiaVillain is a charming (and bloody) construction and management sim with a unique theme and setting. While it is by no means perfect, it makes for a fun, sometimes hilarious, and a surprisingly deep experience. Who knew that being a villain could be so daunting, yet so much fun at the same time? Now, excuse me as I have some more vict.. I mean clients to attend to.