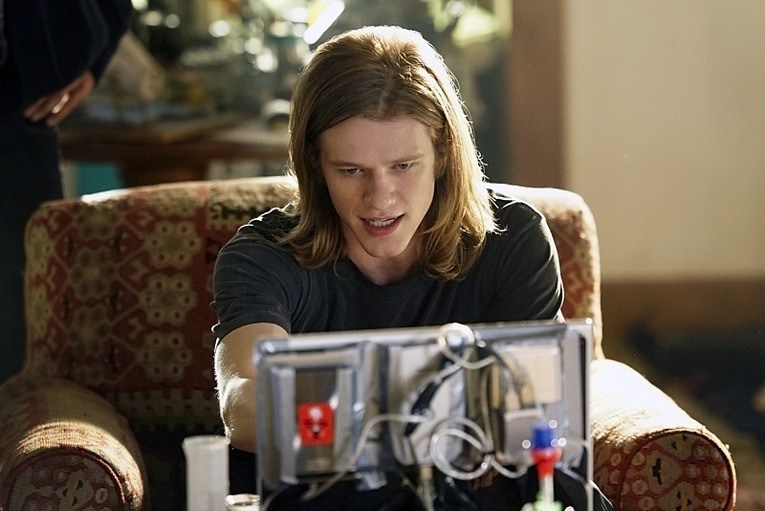 The first episode of this new MacGyver show made me lose the will to live.

[dropcap]I[/dropcap]f that doesn’t sum this show up straight away, I don’t know what will. The original series, to be fair, really wasn’t that great… but when viewed through the rose-tinted glasses of nostalgia it seems pretty damn awesome. That old show had speeded-up car chases, some wonky science (in terms of exact specifications, anyway), some weak characters, a mullet, and some pretty bland stories. It also had the shockingly bad early episode where they used “stock footage” of the great Mini chase in the original film version of The Italian Job, which forced fans of that film to hang their heads in shame. But, even with all of those problems, the original series of MacGyver was still incredibly smart and offered up a new breed of hero. Unlike the A-Team, he hated guns. Unlike Knight Rider, he didn’t rely on computers to get the job done. All Angus MacGyver had was heart, kindness, a problem with heights, a Swiss Army knife and lots and lots of know-how. Oh, and a mullet.

This latest reboot sums up exactly what’s wrong with so many other reboots out there, in that it takes the name of the original in an attempt to cash in, and then proceeds to ruin everything which made the classic so beloved by fans. They even tinkered with the theme tune, taking a iconic theme and turning it into something generic. Enter Angus MacGyver, super-genius spy with the charisma of a brick. Also enter his good, um, acquaintance Jack Dalton, a sniper and hardened marine who likes to yell a lot and look permanently bewildered. And enter the completely forgettable female spy who MacGyver once had sex with on top of a computer, who gets killed in the first few minutes but then turns out to have survived (what a twist!) and is really a double-agent. And enter Pete Thornton, their boss who used to be a chubby old bald guy but is now a slinky, sexy lady spy too. And enter some forgettable computer hacker who hacks a harddrive, um, with a hammer. Together they’re the elite military force known as… Team Mission: MacGyver. Or something.

It seems that the double-agent passed up a hundred job offers from billion dollar corporations to become a penniless spy so that she could help steal a bio-weapon to wipe out San Francisco, in order to make some money… which she could have made legally with a whole lot less effort and far less deaths. Thankfully, Team Mission: MacGyver follow the dumbest leads and the sloppiest clues ever and save the day. They also blow up a whole bunch of henchmen, toss in pointless sexual references and interrogate someone by trying to use a nail gun on his genitals. 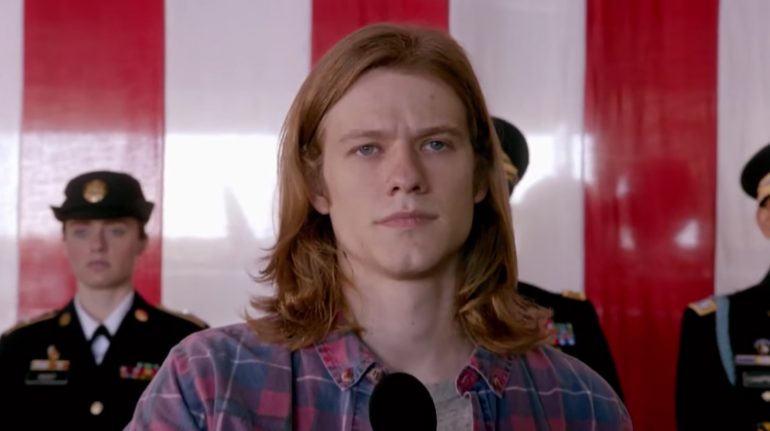 To make matters worse, the clever bits of MacGyvering (inventing things or solving problems though ingenuity) are so ham-fisted you’d think that the writers had pork chops tied to their hands. See that thing on screen? It’s a paperclip. You can tell because the word PAPERCLIP has just appeared in big bold letters. And a paperclip can be STRAIGHTENED! See this? It’s ADHESIVE TAPE! And we’ll show it twice with identical shots via a pointless split-screen just to prove that it’s ADHESIVE TAPE! Yes, the audience is apparently so clueless that they need things to be explained to them like toddlers watching Sesame Street. The voiceover routine may be classic Mac (although Richard Dean Anderson made it fun, not boring) but the way this spoon-feeds the audience is disgraceful.

Oh, but they did show his fear of heights. Well, they mentioned it, anyway. Again, in the original series Richard Dean Anderson looked terrified whenever heights became a factor. Here, Mac explains how scared he is while expressionlessly dangling from an airplane where he fiddles around with the HYDRAULICS and ELECTRONICS. Way to ramp up the tension, Mister Director!

Even as its own show this would be an epic fail. As an M:I or James Bond-style spy thriller it’s weak at best, with a completely predictable plot and action so poor it’s practically bankrupt. There’s no logical reason why MacGyver would be the team leader, there’s no chemistry amongst the actors, so many plot holes it’s like watching the Grand Canyon and it has all the charm of a diluted Michael Bay film. And there’s more!

You may ask why this is being covered on a pop-culture website which has a comic book skew to it. Here’s why: This episode was directed by James Wan.

Yes, James Wan, the director of the upcoming Aquaman film and who was behind Saw. For all his talk of how amazing Aquaman is going to be and that he’s going to turn the king of the seven seas into the next Wolverine (as if one wasn’t more than enough?!), if this is any measure of what we can expect then we should all be worried.

The original series pilot was directed by Alan Smithee, a name well-known to film fans because it’s a pseudonym that directors use when they aren’t proud of their work and no longer wish to be associated with it. If Wan had been smart, he would have chosen to do the same.

What we have here is a disaster. It isn’t fun, charming, witty, smart or entertaining. It’s the sort of show that makes a lobotomy worthwhile. If there’s any fun to be had from it, it’s from pointing at it and laughing at how bad it is, and even then that’s pushing it. Seriously, DO NOT WATCH THIS SHOW. It’s an insult to fans and TV viewers in general.