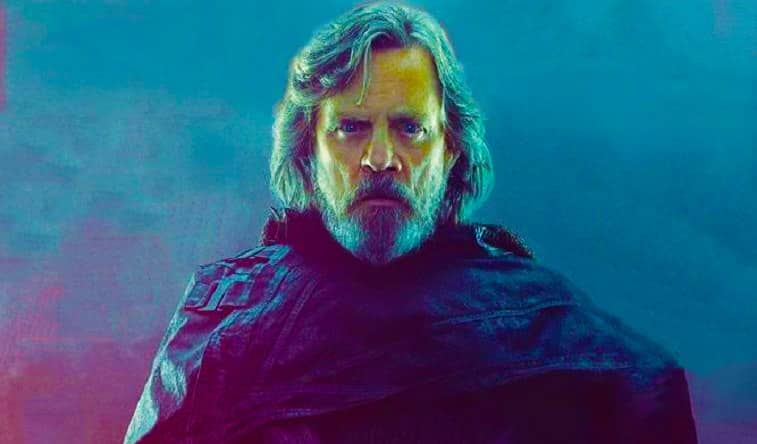 There are very few people who won’t agree that George Lucas borrowed heavily from the Bible to create Star Wars. The influences are seen everywhere, from the Jedi being like the Apostles to the Force being like The Holy Spirit. However, we’ve noticed that Rian Johnson’s The Last Jedi seems to have shaped a lot of Luke Skywalker on Moses, one of the most famous Biblical characters of all time. Don’t believe us?

“Breathe. Just breathe. Now, reach out. What do you see?”

Wait, is Luke Skywalker basically Moses in The Last Jedi? 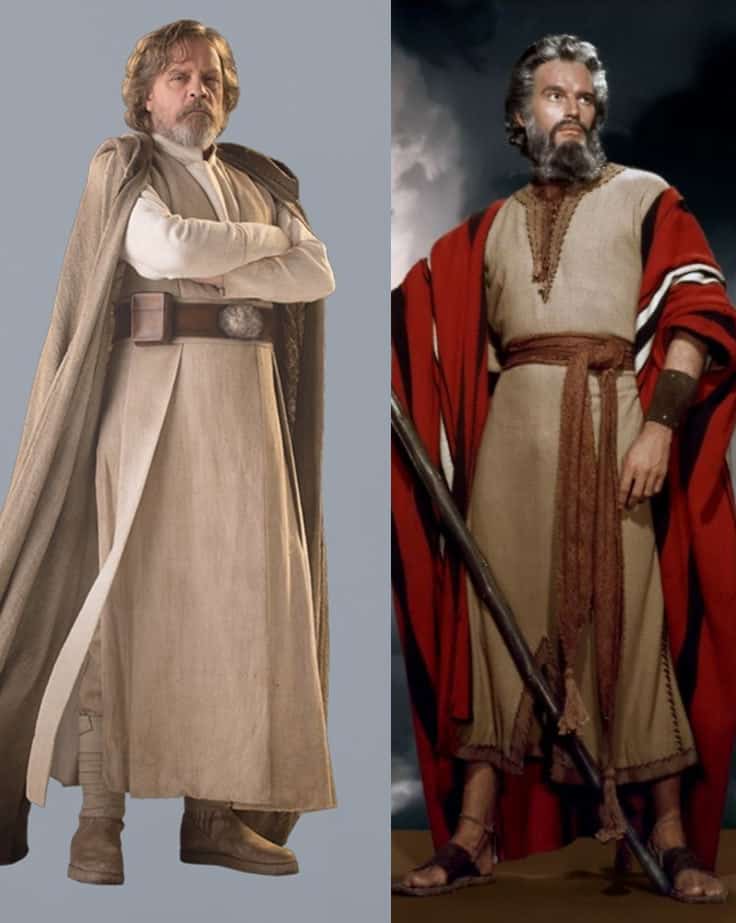 Although Moses was born in Africa and raised by Africans, he has always been depicted in Western culture as a frail white male with a long white beard dressed in long flowy robes. One only has to look at Charlton Heston’s portrayal of the character in The Ten Commandments to see similarities between Moses and Luke Skywalker. Aside from the sandals and boots, they pretty much have the exact same attire. Of course, the look isn’t complete without the staff, which Luke Skywalker is seen using throughout the film to walk up and down the mountain (although he clearly doesn’t need it).

The Mountainous Island Of Ahch-To

“Then Moses went up to God, and the Lord called to him from the mountain…” – Exodus 19:3

We all know the simplified story of Moses: Basically, over forty years, he leads the Israelites to the Promised Land, a place of milk and honey. Along the way, Moses would visit Mount Sinai to talk to God, disappearing from his people for days on end (sometimes over a month). It was here that God revealed His “back” to him and also handed Moses the two tablets with the Ten Commandments, twice (after Moses destroyed the first in anger).

It’s not without irony that Luke Skywalker has chosen to hide himself away from the resistance on a mountainous Jedi island doing pretty much the same thing. Here he also reveals the ancient Jedi scrolls, which are kept hidden away from unwanted eyes.

There the angel of the Lord appeared to him in flames of fire from within a bush. Moses saw that though the bush was on fire it did not burn up. – Exodus 3: 2

There clearly is a strong reference to Moses’ experience with a burning bush in The Last Jedi. Just as God spoke to Moses through the bush, Yoda speaks to Luke while the Jedi books and scrolls burn. Yoda reveals a new path and a new way for the Jedi moving forward, one that ultimately will not include Luke. Just as Moses only got to look upon the Promised Land before dying (on Mount Nebo), Luke also has a similar death as he stares out into the sunset.

Considering where the Star Wars saga is heading, with the Force now being available to everyone, not only Jedi, it all makes perfect sense. See, the Old Testament depicts Moses as a lawgiver and a saviour of the Jewish people, whereas the New Testament gives way to a new idea that everyone can be included into God’s promise, not just the chosen.

We can continue going down this path of thought by comparing Joshua to Rey, Moses and Luke Skywalker‘s anger problems, and their journey from freeing their people from slavery. There are really an endless amount of similarities between the two and Rian Johnson clearly took the liberty to drawn on inspiration from the classic Jewish hero.