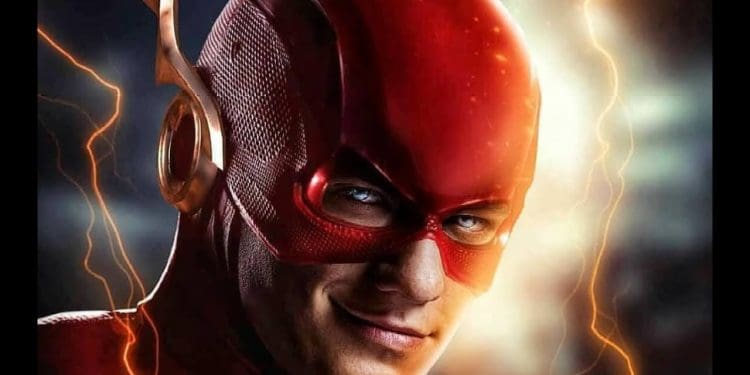 Fans are suggesting that Lucas Till should replace Ezra Miller as The Flash in the DCEU. And we can see why.

“Problematic” doesn’t even begin to describe the actions of Ezra Miller this past few weeks. The Flash actor has indulged in some of the most notorious celebrity scandals in recent memory, going as far as getting minors involved in a downward spiral of nonsense and dangerous behaviour.

For some unthinkable reason, DC has formally fired Miller from the DC Extended Universe. A public menace such as Miller should be nowhere close to a cinematic franchise, let alone one targeted at young people. Even though there have been rumours going around about Warner Bros. deciding to call it quits with the actor after the release of the upcoming The Flash film, there is still no news regarding the future of the character in the franchise.

After all, you just can’t get rid of the Flash that easily: he’s a core member of the Justice League, and it should remain that way if the DCEU hopes to keep competing against the MCU at the box office. Some fans have called for Grant Gustin, the actor who plays the character in the CW show, to be Miller’s replacement, and that sounds like a great choice – with a few noticeable caveats.

For starters, the way the DC Multiverse works is different from, say, Marvel’s Multiverse. If the leaks about the upcoming Flash film are to be believed, it seems like the movie will establish that multiple versions of the characters from a selection of different mediums will be considered alternate-universe versions of the character. What this means is that Grant Gustin’s and Ezra Miller’s versions of Flash are both canon at the same time in the DC universe, meaning that Gustin can’t simply join the mainline DC films replacing Miller.

Fire Ezra Miller And Replace Him

However, there’s an easy solution to this alternate-reality conundrum: fire Ezra Miller and hire Lucas Till. Best known for his TV work in the MacGyver revival, and for playing Havok in the latest X-Men saga, Till would be more than an apt replacement for Miller, not to mention that he looks perfect for the part of Barry Allen.

Lucas Till is a bit older than Ezra Miller, but his frame and overall complexion seem like a better fit for a character like the Flash. While Miller looked OK wearing the Scarlet Speedster’s cowl, there’s no denying that it would look just amazing if we pair it with Till’s jawline. There’s just something about Till’s build that makes him the perfect choice for superhero roles, even if his role as Havok in the X-Men was criminally underdeveloped.

Still, Till has the right acting chops to play the lead in a big-budget blockbuster, and he also seems to be a fan of comic books, which would be another great plus for fans, as it’s easy to spot when an actor is truly invested in the characters they’re playing. Miller never seemed to really care for the Flash; it was just another character to add to the acting resume.

If there’s something that’s sorely missing in some of the most prominent DC movies, that is enthusiasm. Things like the original Justice League were a chore to sit through because of it, while some other movies, like Shazam! felt like the best superhero flicks we had in years. That’s why it’s so important for DC to replace Ezra Miller: not just because the actor is a public menace, but also because they need actors who love what they’re doing and the characters they’re portraying as much as the fans do.

That’s why Lucas Till would be more than ideal for the role of everyone’s favourite speedster, The Flash.

What do you think? Should Lucas Till replace Ezra Miller as The Flash in the DCEU?