It is okay. Lost Sphear is perhaps the most okay-ish sort of game I’ve played in a long time. It’s average-ness pours out like a wave of slightly lukewarm nostalgia to envelope the player, not entirely unlike sitting in a bathtub where the bubbles have already burst 15 minutes ago. I’m being slightly facetious but in a world of “OMG best game ever!” and “OMG they ruined it, worst game ever,” Lost Sphear is comfortably (and forgettable) fine. Just fine. Designed by Tokyo RPG Factory, a division of Square Enix, Lost Sphear is a spiritual successor to 2016’s I am Setsuna. The aim of this division is to develop lower budget, double-A titles for the RPG market that honour the spirit of classic RPGs like the original Final Fantasy‘s, Grandia, Xenogear and Chrono Trigger. The problem is that this title feels like it spends so much time trying to chase past glories and remind us of its tropes as a genre that it never really formulates its own unique identity. Each of the classic JRPG titles is a classic because it innovated in some way, in terms of story, characters, gameplay, setting or music. Lost Sphear nominally has these trappings as window dressing, but never really does anything unique with them.

Your main character is Kanata, a young man with an ability to restore items, places or people that have been “lost,” or in other words, turned into empty white space and forgotten. This ability becomes useful as the entire world begins to disappear into nothingness. Your main quest is to travel around the world restoring it and to discover what caused this condition in the first place. Naturally, you have a ragtag bunch of misfits that join you as teammates, and oh boy, they sure are the rag-tag-iest bunch that ever went to misfit school. Each one is somehow both so stereotypical and yet also unbelievable in the context of the world that by the time you are walking around ordinary villages with your team, you look like the strangest bunch of medieval Comic-Con cosplayers. This would be alright if they defined themselves as characters in any way, but despite trying so hard to stand out, even now I struggle to remember their names or anything about them. Ironic, for a game all about the loss of memories and what occurs therewith. I’m ragging on the story and characters a lot because I feel that a JRPG lives and dies on what it does with those two elements. However, where Lost Sphear does succeed somewhat is with the gameplay and combat. Fairly reminiscent of Chrono Trigger, your characters each have a turn wherein you can move them around the battlefield physically and position them to launch attacks into enemies, which can in turn cause secondary effects as they bounce off of each other or get hit in a line. Its fairly fun and quite fluid, and there’s a Limit Break mechanic (sorry, “Momentum”) where you can customize your special attacks for extra effects, which adds a pleasing level of customisation to battles.

The world of Lost Sphear is quite pretty, especially as you restore it, and the memory mechanic is charming at times, as you use restored memories to advance both storyline and gameplay abilities. The music is acceptable, which is the kindest word you can use for a genre that has given us so much amazing music to set our lives to over the years. Ultimately, I had to force myself to finish Lost Sphear, and that’s never a good sign. It has a whole lot of mechanics in play, like cooking meals, robot suits, and upgrading abilities that seem like they would make the game more engaging, but they don’t really uplift it except momentarily. While I will still go back and replay some of the classic titles that inspired Lost Sphear, I would not do so for this game itself. It is ultimately a bit soulless and doesn’t have anything unique to stand up for itself.

I’ve been struggling to fill the word limit for this review of Lost Sphear, and I think that tells you everything you need to know about this title – even a bad game I can recommend as a sort of experience in itself, but a boring one gives you nothing you feel or play with. On some level, I am upset at the merchandising of my nostalgia in this way, but then I remember that Bravely Default exists and that Square Enix has proven that they can mix classic tropes and gameplay into something new and exciting that is innovative while still honouring the past. In fact, I may just go play that title again right now. 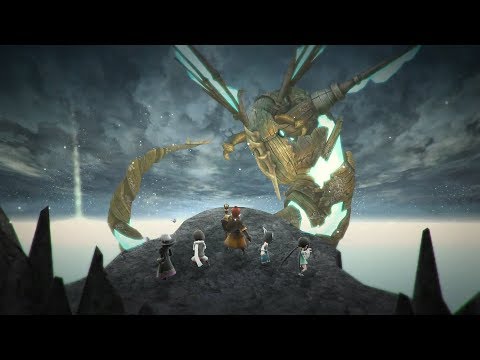