Looking back at… Sandman Mystery Theatre Vol. 1: The Tarantula (1995) 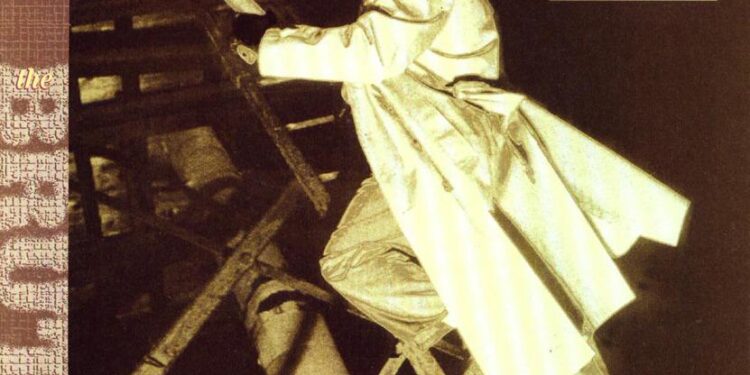 Despite being a Vertigo title and removed from mainstream continuity, Sandman Mystery Theatre is also removed from Gaiman’s Sandman comic books.

If you’re looking for that sort of fantasy then you’ll be disappointed. Instead, this is a detective pulp noir series, having more in common with comic books like The Shadow or The Question, where the horror rests in the evils of man and the corruption of the soul.

For many comic book fans, the name Sandman conjures up images of Neil Gaiman’s character Dream and his imaginative tales of dark fantasy. This isn’t that one.

This Sandman is the Golden Age costumed adventurer called Wesley Dodds, who battled crime and corruption in post-prohibition New York. Armed with only his courage, his detective skills, and a knock-out gas-gun, he would scour the underworld and bring justice to the streets. Aided by his girlfriend Dian Belmont – not a damsel in distress but an equal – he was later to become a member of the Justice Society of America alongside other classic characters like The Flash, Green Lantern, and The Spectre. Sandman Mystery Theatre: The Tarantula, the first four-issue story arc, focuses on the Wesley Dodds making his first (public) appearance as the Sandman in 1937. When society girl Catherine Van Der Meer is kidnapped and another woman’s body is discovered brutally murdered by the mysterious criminal known as the Tarantula, it sends shockwaves through high society’s elite… and sets Dodds on the trail of the cold-blooded killer.

During his investigation, the Sandman is mistaken for a criminal himself by the police while as Dodds he also has to deal with the blossoming relationship he has with Dian Belmont, the daughter of the District Attorney. As more women are kidnapped and the death toll rises, time is running out and the Tarantula’s motives are more than they appear.

Like the best noir stories (and this is one of the best you’ll find in comic books), there’s far more going on than first meets the eye in Sandman Mystery Theatre. The Tarantula seems to be following the orders of another while the Sandman struggles with his own problems of his psychic dreams. Our hero is entirely human and as such he doesn’t always survive every encounter unscathed. When he gets punched it hurts, and his death may be just one gunshot away. It adds a level of believability while the 1930s setting is conveyed in everything from the clothes and cars to the slang of the time. The story by Matt Wagner is well-told and intriguing, although it’s definitely not for kids. Since many of the characters are not only corrupt but racist and sexist, expect foul language and racial slurs from them. There’s some sex too, the nature of which can make for uncomfortable reading at times. However, it’s all a part of the tone of this story and necessary to make it all work. As for the art, Guy Davis does a fine job in setting this apart from the countless other titles on the shelves with his moody, distinctive style.

For fans who are wanting a nostalgic blast from the past, a little mystery and a blast of pulp crime fiction, Sandman Mystery Theatre is a great introduction to one of DC/Vertigo’s most underrated series.