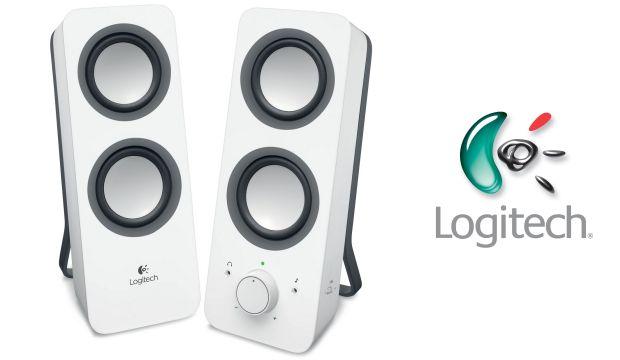 A short while back, Logitech released three new sets of multimedia desktop speakers. These included the z50, z150, and, what we have on review today, the z200. Logitech have long since been known for their range of desktop speaker offerings, entry- to gaming-level. As the naming convention suggests, the z200 are the higher-profiles set of the trio, which retails around R400. After a really quick setup, we take a look at what the Logitech z200 Multimedia Speakers has to offer. 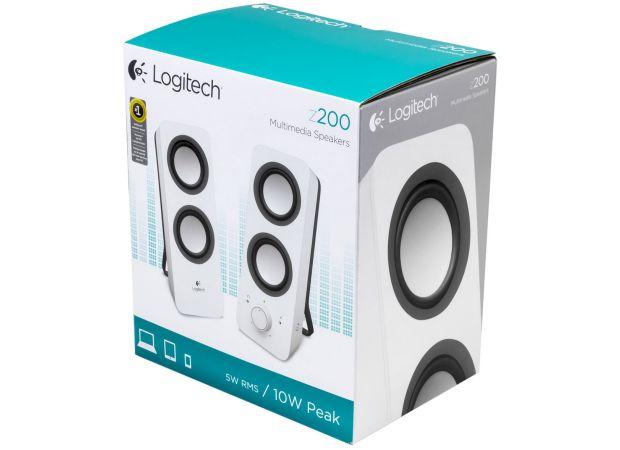 While there’s nothing truly spectacular in the design of the z200, its minimalistic look has some appeal. The two drivers at the front are bared as part of the design, fitted onto a rather tall and thick, plastic frame, which weighs 1KG. 241.2x90x124.07mm to be exact. The speakers are off-white in colour with grey speaker mounts and driver borders. (The z200 is also available in black with white frames). One of the speaker’s houses all the controls and jacks, which consists of volume and tone controls, and 3.5mm headphone and auxiliary jacks. At the back you’ll find the power input and connecting cables. As said, nothing that stands out of the ordinary, but its simple design adds charm. 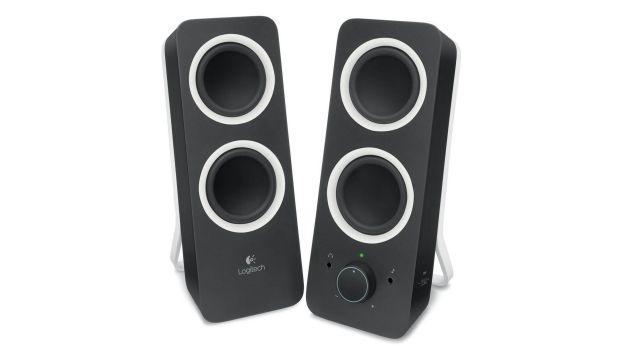 Setting Up and Performance

There aren’t any real tricks to setting up the z200. Simply plug the unit into a power source, and connect the cables to your PC, and you’re good to go. There is an alternative option to use an auxiliary cable to connect the speakers to your smartphone (or other audio units) by means of a cable, which is just as easy to use. The concern with having an option to connect your smartphone is that there are easier ways in which to achieve this with less overall hassle, Bluetooth being just one option. While these are desktop speakers, having to plug your smartphone in to listen to your music removes the portability aspect altogether or comfort of lying in bed being able to connect to the speakers without the use of cables running along the side.

The overall performance of the z200 speakers is good, but not great, with some questions raised. The speakers are marketed as offering “rich audio sound”, which is half true. During normal use under normal sound volumes, the speakers perform as intended. Increasing the volumes produces a slight distortion, which will be annoying. Additionally, while the tone controls are meant to adjust the bass, it is simply swallowed by the other tones at higher volumes, as they lack sufficient power. Another strange aspect on the volume controls is that there seems to be little to no sound for the first quarter of the adjustment. Unless you’re in complete silence in the middle of the night where you can just about hear something, there seems to be no real use for the audio range below this mark. 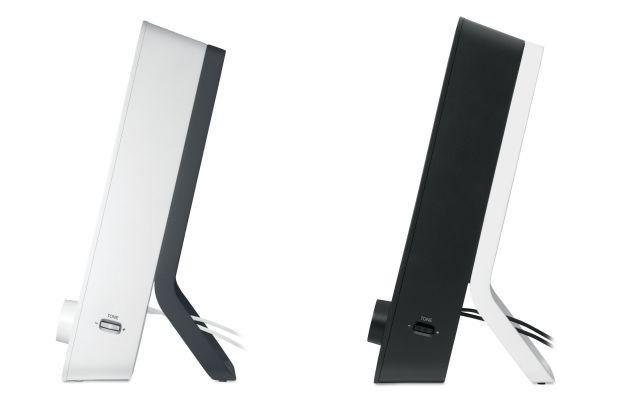 At a cost of R400, the z200 Multimedia Speakers get the job done, but only just. These speakers are clearly not meant for anything high-end, nor any sort of mobility, even with the option to connect smartphones. The speakers are best suited for use with your smartphone or tablet when those mobile sound options just won’t do, and you need something with more kick. As for playing games and watching movies on your PC, or even TV, you may want to look at alternative options.