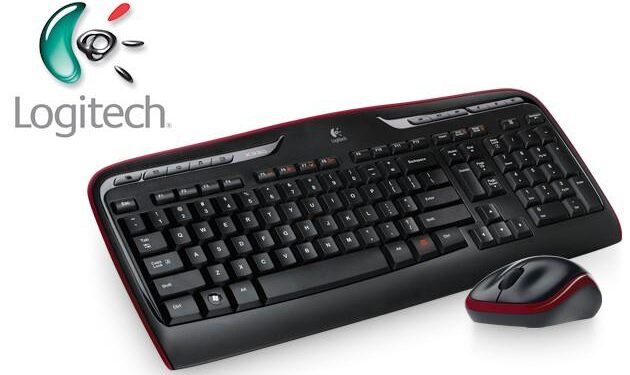 For most users, the keyboard and mouse are simple peripheral devices on which little thought is spent. Often, the cheapest option is considered. Logitech has an impressive line-up of wireless keyboards and mouses in their catalogue. In addition, the company also has a range of wireless combo sets ranging from the very basic to the well-equipped gamer edition. The Logitech Wireless Combo MK330 slots right in the middle of the range, offering both affordability and functionality. The MK330 includes a number of features: 11 multimedia hotkeys, wireless portability, extensive battery life, and 12 programmable F-keys. Multimedia keys are the norm on keyboards these days, and would seem out of place if it didn’t include the basics such as play, pause, skip and volume buttons. The updated tech incorporates the nano-receiver, which fits into the mouse for easier portability. Despite the use of batteries to accommodate the wireless capabilities, the expected battery life for the keyboard is 2 years, and one year for the mouse. As with most Logitech devices of late, the MK330 offers a high level of user customisation. Although the device has a simple plug-and-play setup, using Logitech’s SetPoint software, users can modify the 12 programmable F-keys to shortcuts of their choosing. The mouse, however, doesn’t offer the same customisation capabilities; Logitech opting for the simple 2-button and wheel setup. At around R500 for the wireless keyboard and mouse combo, the Logitech MK330 is a tough sell. Compared to the standard, wired keyboard and mouse with the same capabilities, users are paying roughly R300 for the wireless portability alone. If you’re one for an uncluttered desktop arrangement along with a trickling of features thrown in, then the Logitech Wireless Combo MK330 is worth a look. Bear in mind, though, there are a number of alternatives to choose from that fall into the same category.