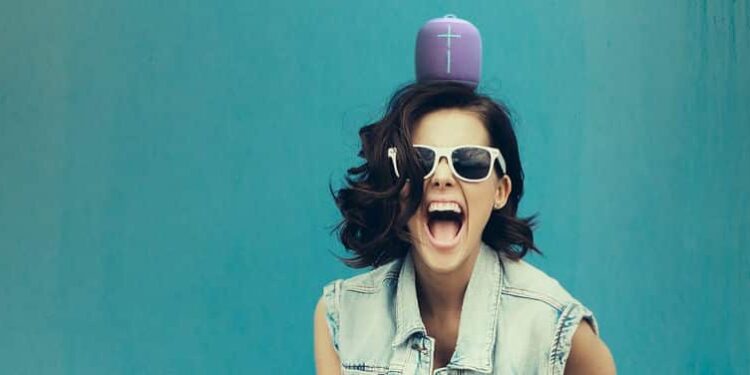 A short while before the end of 2015, Logitech announced their latest range of Ultimate Ears audio devices in South Africa, which was released just ahead of the festive season that year. The pre-festive launch kicked off their summer campaign for their waterproof portable speakers, which included the Boom 2, MegaBoom, and Roll 2. Since then, however, the subsidiary remained largely quiet over the next two years, consolidating their range of options to the market. Now, ahead of this year’s Xmas period, the company has spruced up their range of options with the addition of the Wonderboom, along with the Alexa-enabled Blast and MegaBlast.

As with their previous launch, UE is no stranger to manufacturing peculiar looking portable speakers. That isn’t to say that they’re bad looking or poor-quality options, more so that they don’t often follow the tried and tested design formula we see from others. I received the Wonderboom shortly after it launched a few weeks ago, a more compact unit than the other “Boom” units, although punching well above its weight. While the Boom units had obscure looks, they weren’t as peculiar as the Roll 2. From the design alone, the Roll 2 was meant to be the more portable device, used comfortably during outdoor activities, especially in and around the pool. The Wonderboom follows on this logic. The unit resembles what would happen if you take one of the other Boom devices and squash it down to half the size. It still has a similar cylindrical shape, only much shorter and a tad rounder. If you were to find something to describe it, the best would be a slightly larger beer soda/beer can. I like the updated look of the unit, which makes it more portable overall than the previous two mentioned units.

The body is made up of a few buttons, which includes the large volume rocker, indicated by the giant plus and minus symbols on the front, which makes it much easier to select while the unit and your hands are wet after a nice swim in the pool. On the top, you’ll find the power and Bluetooth buttons. Unlike many other modern Bluetooth devices, the power button doesn’t double up as a pairing button as well. The size of these two buttons, however, are rather minimal and don’t take away from the overall design. The power button has a concave appearance, while the Bluetooth button protrudes upward slightly. Also on the top, towards the rear, you’ll find a small elastic loop. The term elastic is used rather loosely here, since it only stretches a further centimetre or two, while also not offering much in the way of usage. Because it’s so small, you can’t hang it around your wrist as with the Roll 2. The only thing I would feel you’re able to hang it from is a narrow hook, which doesn’t offer much use around the pool, although you are able to attach it to your bag if you have a suitable hook available. On the bottom of the speaker, you have a small plastic flap, which covers the microUSB port. As with most other audio charging units today, the Wonderboom hasn’t yet made the switch to Type-C connectivity as yet.

As stated earlier, the Wonderboom offers waterproof capabilities and carries an IPX7 rating, which means it can be submerged in water for up to 30 minutes in a meter of water. You won’t often find the unit submerged, however, as it is quite buoyant, and floats around the pool without any effort. This means you can simply throw it in the deep end, literally, and leave it there for as long as you have connectivity and power. Unlike the other units within the current UE range, the Wonderboom is completely wireless. Well, in terms of its connectivity that is. There are no cables or ports fitted, and other than the microUSB port for charging, there are no additional physical connectivity options. That said, you only have one wireless connectivity option, Bluetooth. After powering on the unit, simply press and hold the dedicated Bluetooth button, and await the sound to confirm that it’s in pairing mode. Once it appears on your smartphone’s Bluetooth menu, select to pair, and you’re good to go. For those more technically inclined, you will want to spend some tuning the equaliser a bit to get the optimum range of sounds. But I’ll touch more on this below.

Furthermore, in terms of connectivity, the speaker has a range of just over 30 metres. For most backyards, this will be a more than sufficient, a range that could easily allow for connection from the front of the yard, all the way to the back. This means you can move in and out of the house during a party without needing to worry that you’d lose playback as a result of a poor connection. With two years having passed since the previously released units, a lot has changed in the wireless audio industry since. In the case of the Wonderboom, you can definitely notice this. Under the hood are two 40mm active drivers and two 46x65mm passive radiators, which has been designed and positioned to provide 360-degree sound. The unit also offers great bass and extremely loud volumes. This makes it ideal for any outdoor events and half submerged while floating in the water. Audio, however, isn’t completely flawless. While the unit is fairly loud, it distorts at its highest volume. Turn it down just one bar, and the distortion disappears. I’ll give it a pass on that one being so close to the top volume capability without distortion. The other downside with the audio playback is that it suffers from missing mid-range levels. The lows and highs are clearly audible and make for both good bass and voice composition, you’re left with a huge gap in between.

Battery life is listed as extending to around 10 hours. This isn’t the exact truth, however. For lower volume usage, typically for personal use, the speaker is capable of reaching this benchmark. It’s also worth noting that you’ll have to keep the source device close by, as additional power is required to boost the signal to reach the 30+ metres of Bluetooth connectivity. Turning up the volumes to near max levels will cut down playback down to closer to the 3-hour mark. The charge time isn’t great, but it’s not bad either at just over two hours to max levels. An interesting inclusion on the volume buttons is that when both are pressed at the same time, it will give you an indication of how much battery you have left. While this is a cool feature, it’s also pretty annoying in that it plays a sound indicator based on the level and doesn’t give you the actual battery remaining. This is a tad confusing, as I’m not sure what all the sounds indicate, especially if I only have five minutes left.

The ruggedness of the unit would typically fall under the build and design, but given that it’s a feature of the Wonderboom, and performs so well, it’s worth discussing as a performance capability. The factory specifications and tests guarantee the unit is able to withstand drops from around 1.5m without any issues. I did a few tests under normal conditions, dropping the unit on different surfaces, and there wasn’t as much as a scratch on it. Being kicked, beaten or dropped is pretty much routine here. Overall, the Logitech UE Wonderboom is a great little audio speaker that delivers big sound. It isn’t the perfect device when it comes to audio playback, but it’s a very robust unit that can take more than its share of bumps and drops without so much as breaking a sweat. At a price of R1,499, the speaker isn’t super affordable but is very reasonable when you compare it to the likes of the Pill, which delivers more or less the same quality of audio and more than double the price. While the unit does offer great piggybacking options in pairing up to 8 devices in a chain, while also pairing to two unique sources, you’ll very seldom use these features, if at all. Still, the Wonderboom is a great outdoor unit that offers great portability at a reasonable price.