Now in its fifth year, as owners of the Ultimate Ears brand, Logitech continues to push the boundaries of portable sound for the brand.

A few months back Logitech announced its latest range of UE portable speakers. The updated range included the Ultimate Ears Boom 3 and MEGABOOM 3, both of which feature updated Bluetooth capabilities, 360° sound ambience, an updated app, all with a collection of new colours to choose from.

Having previously reviewed a number of devices across the multi-award-winning range over the years, I’m well familiar with the brand and the great sound the units produce. As such, I was more than happy to review the new Ultimate Ears Boom 3 portable speaker when the opportunity presented. And it’s a familiar feeling of being impressed with the quality in such a relatively small package. 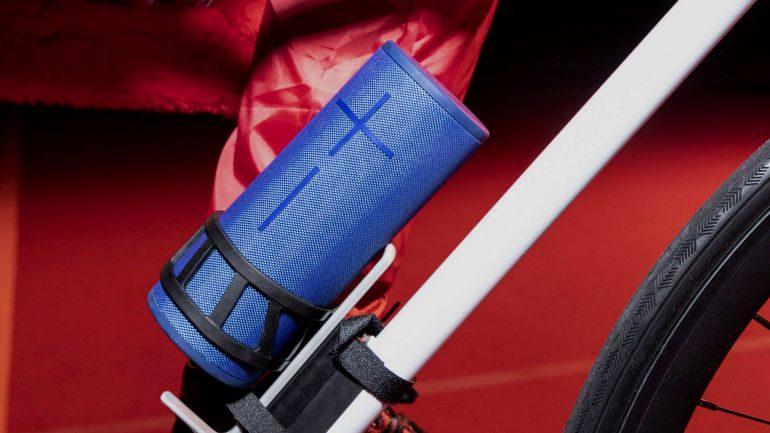 Upon first glance at the Boom 3, it wouldn’t be amiss to think that there’s nothing new about its design. For the most part, that’s correct, with the unit keeping quite a significant part of the aesthetic from the previous models. But that’s not a bad thing here.

The design of the Ultimate Ears range is solid, with the shape and size built for specific on-the-go activities, as it slots into your bicycle’s bottle holder (if you can without the water or have a second one) amongst other options.

A new inclusion on the new Ultimate Ears devices is the Magic Button, which is a single, multi-function button used to perform numerous tasks, including pause and play, as well as skip forward. This is ideal in situations when your smartphone is out of reach for example.

Another new addition is situated at the bottom of the unit, where you’ll notice a little metallic indentation. The Ultimate Ears range now includes a separate wireless charging port, to which the Boom 3 can be connected to by simply positioning it via the receiver. Surrounding this port on the Boom 3 unit are the inscriptions etched into the body, which means that there’s no need for any stickers, etc. on the device that would inevitably fade away when submerged in water. It doesn’t add much to the design, but a nice detail that’s sometimes overlooked.

The Boom 3 keeps most of its previous design elements, such as the giant + and – minus buttons to increase and lower the volume. You also still have the hang loop to hang from various objects. Right below that is the Ultimate Ears logo on a panel that runs all the way down to the bottom where you’ll find a flap on the unit, which hides the USB charging port. Unfortunately, this isn’t a Type-C port, which means you’ll need a second charger if you’ve already made the switch.

Previous UE units came with an IPX7 rating, which meant that it offers some waterproofing in 1m deep water up to 30 minutes. Logitech has upgraded the rating of the Boom 3 to an IP67 rating, which not only provides better waterproofing but also adding dust proofing to the mix.

As always for the Ultimate Ears devices, the Boom 3 comes in a multitude of vibrant colours. There are about 10 basic colour options to choose from, although not all are available in the South African market. The US online store has a great customisation option where users can change the colour of the outer fabric, the end caps, volume buttons, spine, loop, as well as add some text to the spine. 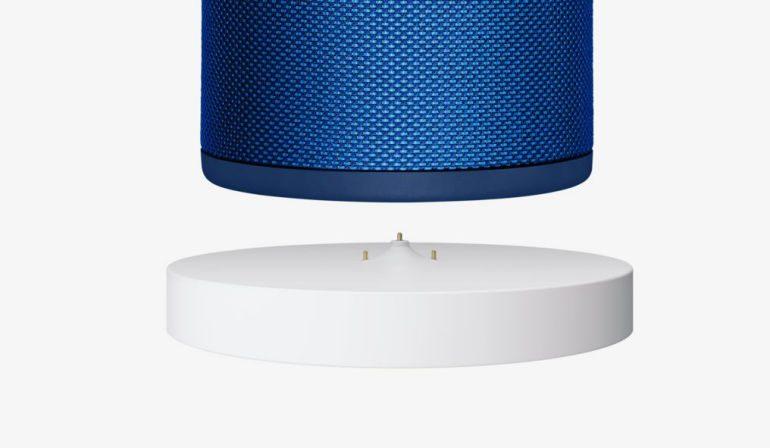 In terms of the setup, nothing much has changed here. User can use the power button or Magic Button to turn on the device. Then you’ll have to press and hold the dedicated pairing button until it makes a sound, which will then make it visible on your smartphone or any other Bluetooth-enabled device. And that’s pretty much it until you want to use some of the additional connectivity features.

Most of the features are powered by the BOOM app on both iOS and Android smartphones. What’s interesting is that you can control everything from the app, and I mean everything. Even with the device off, if you’ve previously paired the unit, you can turn the device back on. You can then control the volume and the equaliser settings. There are two options that could be of interest when you’re among friends.

The first of these is the PartyUp option, which allows multiple devices to be paired at once playing from a single source. Here you can connect up to 150 paired devices in tandem to create the ultimate party atmosphere. But it’s not often you’ll have more than two UE devices to pair with.

The second feature is the Block Party option, which allows multiple users to connect to the same device. The idea here is to allow for different users to play music from their playlists in an attempt to be the best “DJ” at the gathering.

On the iOS app, users will have one big feature that isn’t available for Android users. Here, the BOOM iOS app allows users to have direct access to Apple Music’s entire library, as well as all your playlists. You can then use the Magic Button to play from this library once it has been set up. Android users will need to download the Deezer app with a premium account to make use of the same feature. Logitech has committed to added more music applications and libraries to the software over time to make the option available to more users.

The Boom 3 also has an alarm feature built-in, which you can set to wake at a specific time, even when the unit is powered off. Another small detail that might be lost amongst all the others is that when the device is paired, the same device model and colour will appear on the when the app is opened. 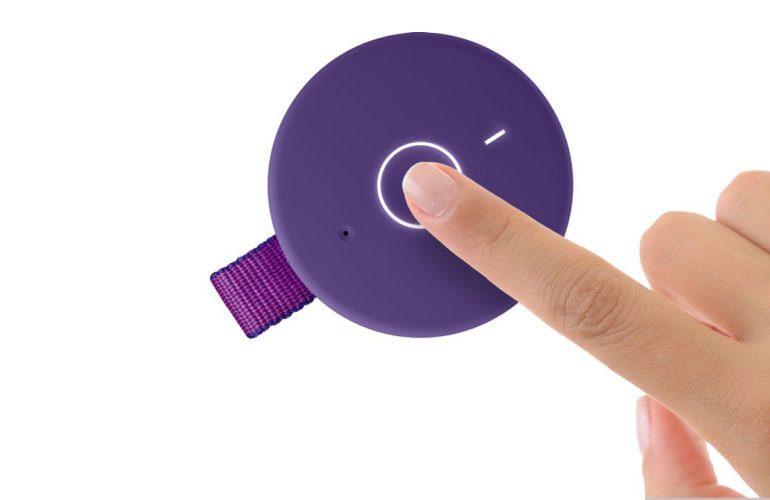 Since the last review, wireless technology has improved quite a bit. In addition to the longer range, now up to 45m, there’s additional information that can be passed over Bluetooth. The simplest of these is the addition of the battery indicator within the app. The low-powered Bluetooth setting also allows for continued connectivity to your smartphone, which then allows for options such as power on, even as an alarm.

In terms of the speakers underneath the specialised fabric, you’ll find two 2” drivers and two 2” x 4” passive radiators. The positioning of the speakers in the cylindrical design creates 360° stereophonic audio in all directions. The 360° effect isn’t new to UE devices, but with the more powerful speaker system, there’s quite a lot more sound to enjoy with the Boom 3.

While there may be quite a wide variety when it comes to portable speakers, there aren’t many that can deliver solid enough sound that is able to compete with cable-powered speakers. There’s a lot of bass on the Boom 3, which is great at almost all parties. There’s no distortion as well when the volume is turned up, an improvement over our previously reviewed unit. And the Boom 3 is loud, very loud. The loudness is especially useful when using the unit outside, whether you’re next to or inside the pool, or out and about in the park.

There’s a nice balance between the different ranges, lows, mids and highs. And if you’re not happy, you can customise the sound settings to improve the quality of sound you’re looking for. If anything, the mids are a tad washed compared to the lows and highs, but it’s still really good.

When it comes to the battery life, Logitech claims up to 15 hours under normal conditions (i.e. factory conditions). In the real world, the results aren’t much different. Having only needed to charge the unit once over the review period, the battery managed to eke out around 14 hours of playback on a single charge. And that’s quite impressive. For the most part, the unit was within 2m of the Boom 3 during playback, so there wasn’t really any energy wasted as a result of boosting the signal when the device is at further distances away. The unit was capable of streaming across my home, so had no issues with the signal from one end to the other. The Ultimate Ears Boom 3 is a definite upgrade over its predecessors. While the design may not have changed much, there are some useful additions. Combined with great audio, especially the bass, as well as extended battery life, the Boom 3 checks all the right boxes when it comes down to it. At a retail price of R2,699, it isn’t the most affordable portable speaker around. That said, there is quite a lot of value for money here with a quality product. 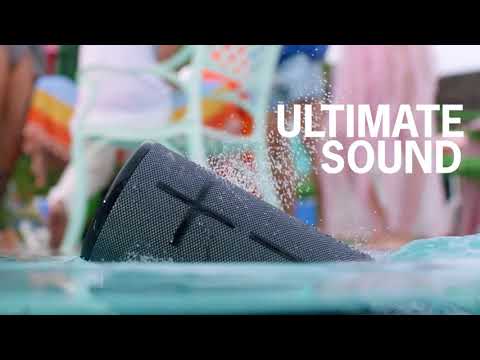 The Ultimate Ears Boom 3 is a great, all-round device, offering a great mix of features and sound quality.