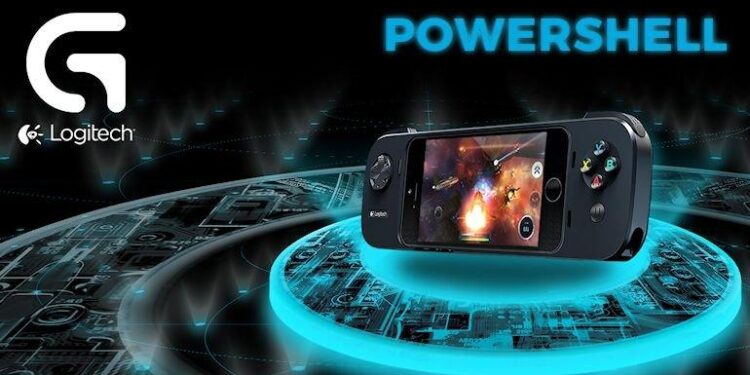 Almost two years back, Logitech announced the launch of its G-Series campaign in South Africa. The launch would see the unveiling of a number of gaming peripherals from the company under this umbrella, aiming to draw attention to its premium products designed for gamers. While many of this catalogue consisted of desktop peripherals in mouses, keyboards and headsets, a few products dedicated to mobile gaming were also thrown into the equation a few months later.

One such product is Logitech’s PowerShell iPhone Controller. This controller, as its name suggests, is built to cater specifically for iOS devices; that being both iPhone and iPod Touch units. The device forms part of Apple’s MFI (or Made for iPhone) initiative, with support for 3rd party peripherals built into the iOS framework and work on Apple devices supporting iOS 7 and up. But, with so many other MFI devices released in their hordes, how does Logitech’s take on the mobile controller stack up?

The PowerShell appears very unsuspecting at first glance. While it looks the part of a premium iPhone product, as seems to be a minimum requirement, it presents itself as a minimalistic controller, sporting the very standard controls in the form of a D-pad, 4-button Xbox-style controls, a pause button, and two triggers on the rear. Apart from the triggers, this approach seems in line with what you’d expect from a gaming controller back in the 80s, lacking the obvious analogue stick. It also measures 200mm in width, which is wider than most console controls, but, at the same time, still isn’t quite that large. Put into perspective, that’s simply an additional 50% in width over the iPhone 5s. 200mm, however, isn’t small enough to fit snug in your pocket, and only if you’re happy with it protruding from it, will it be usable in such a manner. I can imagine most users would prefer to clip their iPhone (or iPod Touch) devices only when in use.

The unit is finished mostly in a matte black plastic, with a few glossy black edges thrown into the mix for variety. The textured rear and curvy corners make is easy to grip and use for long periods at a time, provided you’d want to use the controller for that long (read more about that in the next section). The rear also has a neatly cut-out section, which gives enough room for the camera not to be obscured if you plan on carrying the unit around with you while you’re not gaming. Overall then, the physical specifications appear streamlined and minimalistic, giving great comfort for extended periods of usage, while still looking the part of something more premium.

While I did mention that the PowerShell is capable of supporting iOS 7 and up, it supports only the iPhone 5, iPhone 5s and the 5th-generation iPod Touch. This means that there is no support for the iPhone 5c, or the 4s before it, as well as not being forward compatible with the iPhone 6 and 6 Plus, mainly due to the size of those units. On the plus side, setup is a breeze, with a simple plug-and-play all that is required, connecting the iPhone or iPod Touch to the lightning connector and 3.5mm audio jack. What’s nifty about the connector is that is pivots upward to allow for easier connectivity, without putting any strain on the attachments, which may break after a few uses. The PowerShell also has the added bonus of a supplementary power source, with 1500mAh worth of battery fitted. Interestingly, while the iPhone may use its lightning connector for charging, the PowerShell uses the more conventional microUSB port to charge. This does provide extended duration of your gaming when connected to the PowerShell, but given the concurrent charging and gaming, it does incur more heat than is considered common. Still, when using the PowerShell during gaming means that most of the consumption is attained from the unit, and not the handset battery. This means that after an hour’s worth of gaming, the device and Powershell battery combined will only have reduced by roughly 5%.

Using the PowerShell for games yields different results for each. This was always going to be the case, as is often the case even when gaming on your console or PC. That said, although the PowerShell is expected to handle the gaming controls outright, it features as more of a supplement to the touchscreen. This means that for certain games users will still be pressing the screen at some or other point, making it a slight bit trickier to manage. At the same time, there are a few games that are almost better suited to the PowerShell, case in point being Sonic the Hedgehog. This is understandable, since the game was originally developed for the controller, and not the touchscreen. Despite this fact, using the D-pad is a major pain. This is by far the biggest gripe about the PowerShell. While it may appear trivial to start with, button depress isn’t always registered as such, which means you’ll attempt to press harder and harder until it does. This isn’t at all ideal when playing games for even a minimum amount of time. This almost cripples the functionality, and causes some serious concern. Scouring the web for ideas as to the cause reveals that Logitech as purposefully designed the D-pad this way. Logitech claims that the D-pad is fully analogue, meaning that not only does it pick up button press, it should also pick up how hard you’re pressing. A good example of this is the standard steering wheel and pedal controllers, with the degree of force on the pedal representing the register of speed within a game. What Logitech further claims is that most mobile games were programmed by default to only register a “press” at the highest level of force, taking away the fully analogue approach. Given the fact that most, if not all current games on the iStore seem to work this way, it may have been a shot in the foot on this one. The triggers aren’t the greatest either, but at least they do a lot more than what the D-pad is capable of at this stage. What also makes things interesting is that mobile games don’t often offer the support of changing keys bases on the controller, which means buttons are often assigned as default by either the game, or iOS’s native MFI support. There’s very little positives to take away from the Logitech PowerShell iPhone Controller, the best of which is the added battery life it brings with it. Other than that, there isn’t much else to be excited about. Another problem lies in the cost of the unit. While pricing has come down since its initial launch, forking out R400 to R500 on the controller doesn’t quite seem all that worth it. If you’re willing to spend that kind of money on a controller for your mobile, then it’s pretty safe to assume that you’re quite serious about mobile gaming to start with, and the PowerShell wouldn’t suit your requirement.