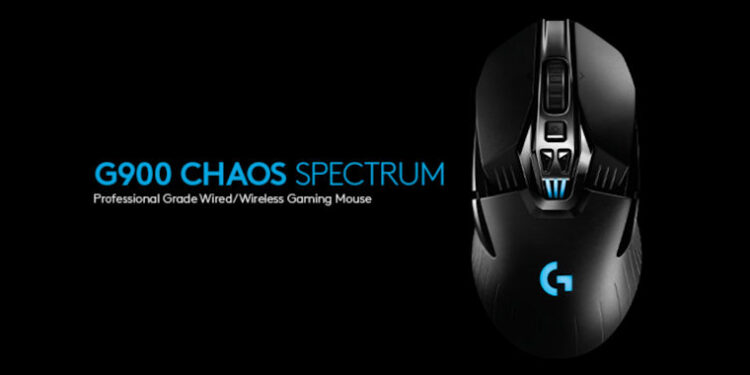 Logitech has been in the peripheral industry for quite some time now, and have created quite a number of brilliant products. There’s no doubting their capabilities when it comes to creating a good consumer mouse, for the average user, the businessman, and even the gamer. In all of these markets, Logitech has been on top of their game in recent years, with the likes of the MX Master, MX Anywhere 2, and the G402 Hyperion Fury. But the company has gone a step further in a bit for perfection with the Logitech G900 Chaos Spectrum.

The Logitech G900 Chaos Spectrum is undoubtedly the company’s flagship wireless gaming mouse, and carries a premium to match. But, based on what it offers, and how well it performs, the price becomes less of a factor. Is it the best gaming mouse out there? Logitech certainly hope so. We’ll let the tests decide. Unlike many of the recently released G-series gaming mouses, the G900 is not a version 2 or 3, and, thus, is not based on any pre-existing designs in the range. With that license, the designers were free to realise new approaches in the process, creating a ambidextrous product. And while many other symmetrical designs often suffer as a result, the G900 is perfectly poised, and comfortable in both hands, and equally so. The dimensions measures 130x67x40mm and weighs just 107g. The thin design makes it easy to grip, and the carefully thought out indentations acts as vents to allow airflow to the palm of the hand to cool it while gaming for lengthy periods. Even the fingers not in use are taken care of, with even more grooves for resting those fingers. While each of these aspects are carefully planned, there aren’t any major flare elements in the design, everything neatly delivered and packaged.

On face value, you’ll notice the default setup has the thumb buttons positioned for right handed users, which may make you question its true ambidextrous appeal. But, Logitech has taken care of even the smallest of details, often ignored. The thumb buttons are swappable between the left and right, easily detachable and replaced. In addition, the G900 has a few additional buttons to choose from, and at any given time can have between 5 and 11 buttons. So, if you’d like, you can have both sets of thumb buttons on either side for added gaming shortcuts. The other buttons include the left and right buttons, scroll wheel (which clicks downward, to the left and right), wheel resistance button, profile changing button, and the two sensitivity buttons, all of which are reprogrammable. The buttons themselves are light and easy to press, and all positioned right where they need to be. While some buttons may seem unnecessary to many gamers, they all play a part in competitive gaming, right down to the resistance of the wheel, which could make all the difference in the heat of the moment.

Design-wise, the G900 ticks all the correct boxes, some of which had to be added to the list and then ticked. And that’s how good the design is. Overall then, Logitech has designed a near-flawless gaming mouse.

Although I did mention that most manufacturers simply tack on some additional coloured lights to increase the price, and that it wasn’t the case with the G900, it doesn’t mean that it’s not a feature at all. The lights on the G900 could be toggled and customised by means of the Logitech Gaming Software, and even synced to other Logitech peripherals. Users may also customise the buttons, change the DPI, and even make adjustments to the mouse mat in use.

There are many wireless mouses on the market, but not many pro-grade, wireless gaming mouses. The G900 has a number of connectivity options, including a 1.8m braided cable, Wi-Fi and Bluetooth. In addition, the Wi-Fi connectivity has two connectivity options, a normal USB dongle, or the use of the braided cable, which can be positioned closer to the mouse’s activity zone to avoid areas with high wireless activity. This may not be an issue for gamers at home, but is extremely critical in gaming arenas.

The G900 does not make use of the docking system like many other wireless devices, but instead uses the same braided cable to charge. For some this may be a little annoying, as it’s not as convenient to use, but isn’t a major factor in my opinion. A good looking docking station, however, would add a level of appeal to the already great looking, greatly designed product.

Along with customisations, the Logitech Gaming Software does a good job a predicting battery life. It does this by means of measuring the G900’s remaining battery voltage, power consumption, and then estimates. It continually does this to provide the best and most up to date predictations.

For normal usage, the G900 performs way above average on all accounts. Upping the ante, we put the G900 through multiple games over several days, and it, again, performed just as good, with no signs of lag, jitter, or misclicks. Even after excessive clicking, switching back to normal use was still accurate and smooth. The mouse is extremely lightweight, which, for most gamers, is a huge plus. There are, however, a few who would prefer a slightly heavier device, but with no weights included, there is no option to customise this.

Playing through a host of different games across different genres, I was amazed at how easily it was to use, or customise, the mouse to every scenario. It just works. While the G900 makes for an excellent gaming mouse, it isn’t necessarily suited to all games. Take MMO games for example. Most MMO players make use of shortcuts on their devices, and while the G900 does have 11 buttons in total, the positioning doesn’t make it well suited for this genre. The mouse is also missing the dedicated sniper button, often used in first-person shooters and the likes. But, it isn’t all bad news, as you can assign it to one of the available buttons with the Logitech Gaming Software.

One of the more outstanding features of the G900 is its long-lasting battery life. Charging the G900 takes up to 2 hours. This may seem long, but it’s worth the wait. On average, the battery lasts between 20 and 32 hours of usage. At one point during my usage, the battery lasted more than 5 days, reaching actual usage of close to 40 hours, a mix of light to heavy usage. And if you’re searching for even longer battery life, you can disable the LED lighting to decrease the drain. Furthermore, Logitech states that the battery should withstand around 800 charges before battery life is affected, which, at average usage levels, gives a maximum battery performance close to 4 years. In all respects of the battery performance and battery life, the G900 is right up there with the best.

The gaming market has expanded considerably the past 2-3 years, offering the best tech money can buy across all categories. But, instead of merely upping the price for the sake of adding a few lights and trinkets, some manufacturers are well worth their salt when it comes to the devices the build. Logitech is one such company, especially with the likes of the G900 Chaos Spectrum. Yes there’s a high premium of R1,699 for the mouse, but there is no question that the price is exaggerated.

Is the G900 Chaos Spectrum the best wireless gaming mouse available on the market? In almost all aspects, it is. There is a growing consensus amongst the community that it delights and performs on all fronts, and while there are a few challenges, Logitech has built a really good product here, arguably their best peripheral device to date. 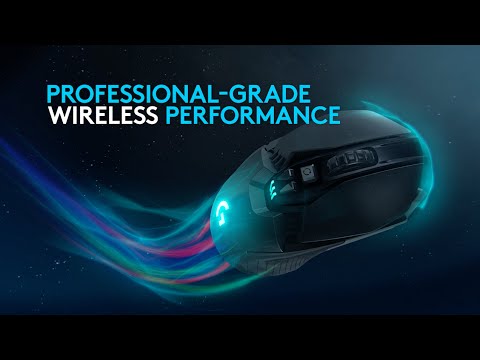