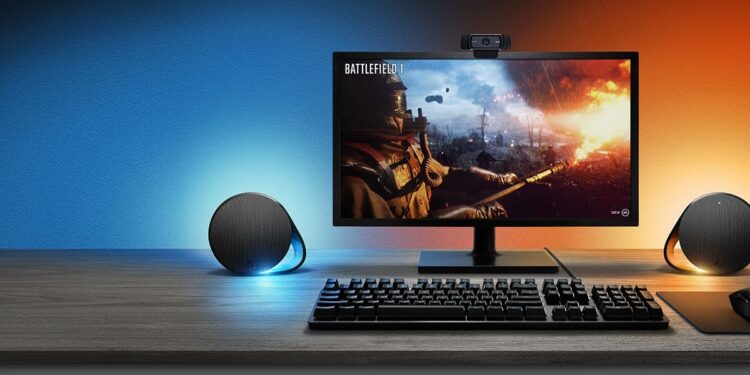 Over the past few years, there has been quite a number of RGB peripherals released, most of them aimed at gamers looking to add some flair to the gaming setups. For the majority of these peripherals, however, the addition of RGB, or any other type of lightsync device, has been nothing short of a gimmick. Logitech, with a few decades in the gaming manufacturing business, has developed a set of speakers aimed at changing this stereotype. The Logitech G560 Lightsync Gaming Speakers add synchronised lightsync to your gaming experience. But is it more useful than other types of devices with lighting effects? 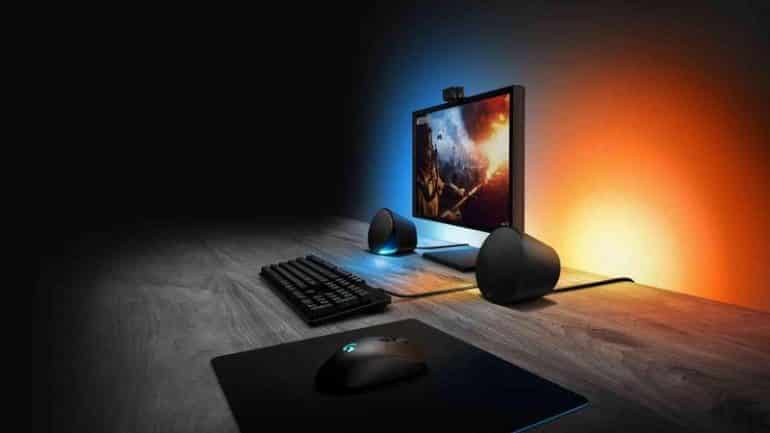 At first glance, you’ll notice the shape of the Logitech G560 satellite speakers is fairly odd. It’s not your conventional rectangular or even circular form factor. While the main body of the speaker is still round, the additional hollow space is used as a means to reflect a second light source, with the first placed on the rear of the speaker. This rear-side light is found in the form of a matte orb of sorts, projecting light a surface behind the monitor, most often a wall. The hollow space on the side of the speaker reflects light towards the front without it glaring straight at the user’s face, avoiding any eye-related issues.

The frame of the speaker is a matte black plastic, which is uninterrupted all the way around. The speaker grille is covered by the traditional mesh covering, which has the “G” logo at the bottom centre. On the rear of the right-hand side speaker, there are a few controls, including the power on/off button, volume keys, as well as the Bluetooth pairing button. The “G” button cycles through the brightness of the LEDs by default, but can be customised to set up a macro or preset light settings for various games. In addition to this, there’s also an indicator LED when powered on, which is positioned on the top front of the right speaker again.

The subwoofer follows a more conventional design approach, even though it is fairly large for a set of PC speakers. That’s not a bad thing, however, as they were designed to deliver very good bass. The dimensions of the subwoofer measures 404x255x207mm compared to that of the satellites at just 148x166x118mm each. The sub also weighs a hefty 5.5KG versus 1.79KG. The G560 is a solid unit, which gives you peace of mind that it would easily fall apart, even after a few years. As with many PC peripherals of late, there are numerous ways in which to connect the G560. While users are still expected to physically connect the speakers to the amplify/subwoofer and plugging it into a power source, you can choose whether you wish to pair the speakers via Bluetooth, auxiliary or USB connection. What’s good about the option is that the visual effects are continuous irrespective of your connectivity. In order to achieve the full spectrum of lightsync effects, users are required to connect via the USB option, which allows you to make a number of changes via the Logitech Gaming Software application.

…there are numerous ways in which to connect the G560…

Using the software requires it to detect the speaker’s connection, which can only be done via the USB port. Even though Windows detects the G560 device, the same isn’t applicable via the software, which I found odd. It would have been preferred if the full suite of options were available via Bluetooth. This would allow for more flexibility in terms of positioning the speakers for multiple setups. 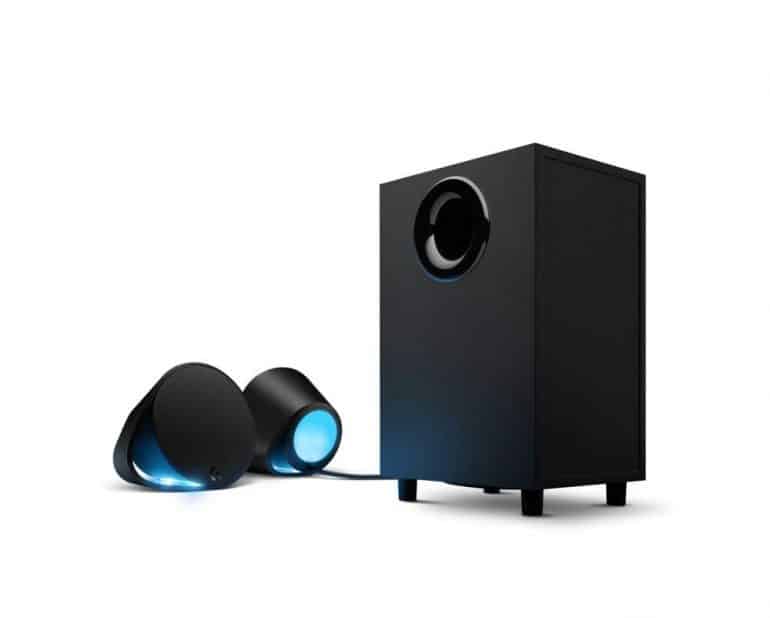 No doubt the standout feature on the Logitech G560 is its lightsync capabilities. The LED lights have a supposed RGB range of 16.8m colours, coupled with a few different light patterns, which synchronises to the sound it’s currently playing. The lighting effects can be preset as static, wave, rainbow, etc. when not using the Logitech Gaming Software to match colours within a game. The G560 has a built-in sensor, which allows it to synchronise the effects to the exact timing of the sound, whether it be in-game or listening to music.

Taking it to the next level requires Logitech’s Gaming Software. What this allows users to experience is matching light effects to that of a game being played. Unlike conventional synchronised lighting for game effects, the G560 assigns colours to the four light sources on the speakers to match that on screen. By default, the colours are matched to the top left, bottom left, top right and bottom right side of the screen. The top left is displayed via the left-hand side’s rear light, with the front light matching that of the bottom right of the screen. And so forth. Users can customise this layout if they wish, but this is what works best across multiple games.

The light sync engine reads the various pixels within the four selected areas onscreen and averages the most prominent colours to display. The lights are dynamically changed with every passing frame, and even matching gunfire light whenever you’re firing a weapon, for example. What’s great about the manner in which the colours are adjusted is that it takes away the dependency of having the game developers programming effects specifically for each device, making the G560 a lot more flexible. Even when you don’t use the actual audio from the speakers, you’re still able to make use of the lighting effects. I tested this out using a pair of headphones and was able to do just that.

What’s great about the speakers and the methods of connectivity is that it allows you to connect your smartphone via Bluetooth and play music when you’re not using it for gaming. The lightsync effects were still visible, while not synchronising it to any specific colours, instead of switching across the spectrum of the rainbow. The quality of the audio is great as well. In particular, the bass was the standout here. The down-firing subwoofer delivers deep bass, which is enough to rattle all objects in the room if you turned up the volumes. Logitech has a 7.1 DTS:X ULTRA option, which mimics surround sound through the 2.1 setup. Unfortunately, I would recommend staying away from this option, as it spreads the sound too thin across the left and right channels, reducing the sound quality and volumes.

The volume ratios are off somewhat.

This brings me to another aspect of the volume, which isn’t great. The volume ratios are off somewhat. It starts off as soft as you wish it to be on lower levels, but exponentially increases in volume before reach “level 10” and distorts from then on. The ratio means that between level 6 and 10 the volume goes from decent to loud, without a more balanced middle area. This is annoying to say the least. The fix here would be to turn down the levels via the Windows EQ settings, which allows you a wider range to increase volumes across, although this wouldn’t be an obvious fix for many users. 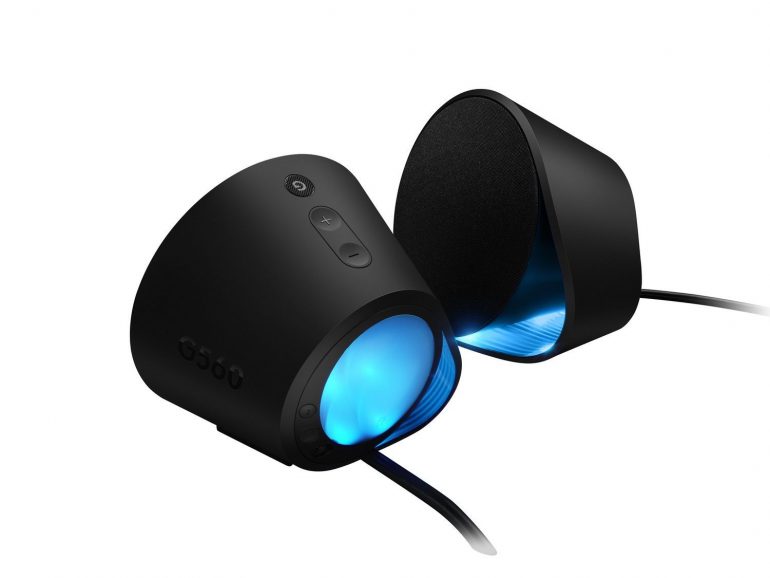 The Logitech G560 Lightsync Gaming Speakers offer a great experience added to your gaming with a range through 16.8m colours. With the synchronised colours and light patterns, it enhances almost every gaming experience for the better, offering four distinct lighting effects across various areas of the screen.

With a price tag of R3,999, these speakers aren’t cheap. At this price, one could easily have expected a 5.1 surround sound offering, even with all the light effects. Removing the lights and you’ll easily find a 7.1 setup with solid sound, which makes the decision to purchase the Logitech G560 Lightsync Gaming Speakers slightly trickier. 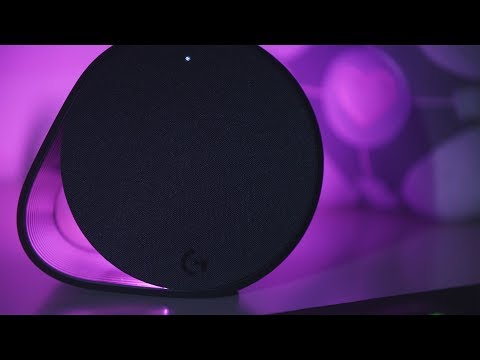 There's a lot to love about the Logitech G560 speakers irrespective of the price, adding a great deal of value through the added experience for almost any game title you can think of.