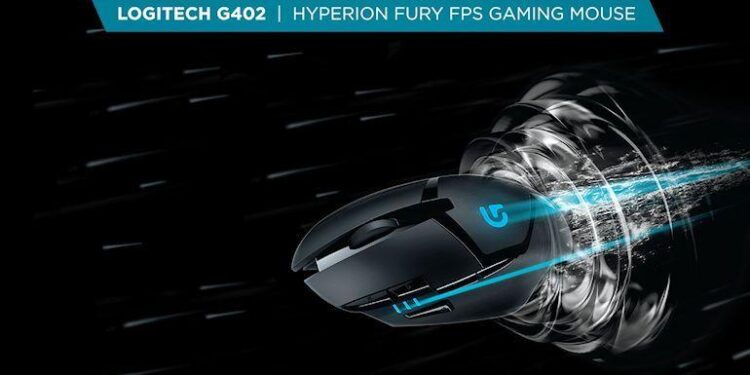 Apart from the obvious gaming rig and monitor, there’s nothing more important to a PC gamer than the performance of their mouse. While many gamers are able to get away with the standard mouse for certain types of games, it’s hard to argue against the importance of choosing the correct mouse (and keyboard) for your gaming needs. For MMOs, a mouse with more customisable buttons is something more appealing, whereas those engaged in FPS, along with a few strategy and MOBA, the response speed and accuracy are of higher importance. And this is exactly what the Logitech G402 Hyperion Fury is; a fast and precise gaming mouse for those seeking the best in performance. In fact, Logitech slates the G402 as the world’s fastest gaming mouse. Since the relaunch of its G-series, Logitech has placed a lot more emphasis on its gaming range, while still creating quality products gamers would want. One of the redesigned products from the relaunch was the G400s, which, although good in its own right, wasn’t the stand out performer; the title which ended up with the G500s. Be that as it may, the G402 shares a lot of traits with its namesake, including the namely on-the-fly adjustable DPI and 8 programmable buttons, but improves upon many of its flaws.

The G402 is purely a right-hand designed gaming mouse. It is corded with a 2.1m plastic cable, which may already pose some movement issues. A softer, braided cable may have been better accepted and have less restriction in terms of movement speed by the user. The device is also relatively lightweight, and only packs a moderate 144g in heft. Each of the buttons are able to withstand an estimated 20 million clicks, and with the 2-year warranty Logitech has thrown in for the device, you can expect a high level of durability here.

Logitech has included the Gaming Software in the bundle alongside the Hyperion Fury, although users can download it from their website, or simply update the current software. Each of the 8-programmable buttons can be customised via this software, which allows users to assign functions and macros separate to each game. Although I, for one, don’t prefer this method of in-game shortcuts, it does make life a lot easier once you grow accustomed to your changes. The blue LEDs on the left side of the mouse make it easier to track what set of functions you’re currently accessing, along with tracking the increase and decrease of its DPI. There is also a “breathing” LED embedded in the “G” logo on the palm rest, which can also be customised by means of the software. Just a few short months ago, Logitech broke records with the G502 Proteus Core with its 12,000 DPI sensor. This time around, Logitech are back to break more records with the G402 Hyperion Fury and its fastest gaming mouse, which track speeds of over 500 IPS (inches per second). Flipping the unit over you will notice the 4000 DPI optical sensor (switch between 200-4000) in between two chevron-shaped, rubberised feet inside of a hexagon. The device achieves its tracking speeds with the inclusion of an accelerometer that’s paired with the sensor, which continues to track movement during those split seconds when the sensor doesn’t pick up any movements itself. In addition, the device also has a 144Hz monitor to keep track of the refresh rate. This means that even if you’re moving the mouse around faster than you’re used to, there aren’t any delays or skips in tracking, ensuring a seamless and smooth movement on your PC. This tech is called the Fusion Engine, which allows the device to reach tracking speeds of 500 IPS, or around 45KMPH if the former doesn’t really impress you. The G402 is noticeable less aggressive than its big brother, the G502, as well as having less configurable buttons, customisations and overall features. It must be added, though, that the G402 does carry a lesser RRP, which leaves less of a dent in your pocket. The G402 has an expected cost of around R999.

The G402’s title as fastest gaming mouse may be a bit of an overkill in terms of what it is able to track, and what speeds the average human arm can produce in the seated position. Be that as it may, Logitech have at least taken care of future-proofing with the G402. Its ergonomic design is useful and more user friendly than the G400s it succeeds, but not as well-balanced as some of the other higher end in the G-series. Also limiting the device as right-handed, cuts out some of the market. The device has a decent feature set, but, again, nothing ground-breaking. At the end of the day, it may fall short of the high expectations I had, but is still a very good mouse, especially its ultra-fast tracking speeds for avid gamer. 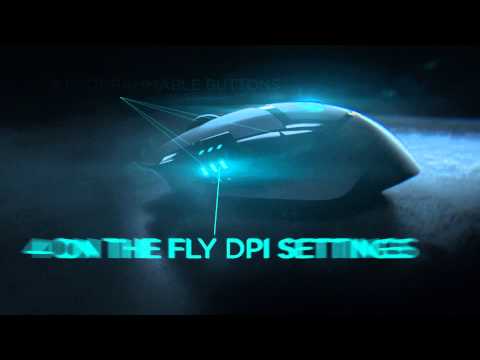