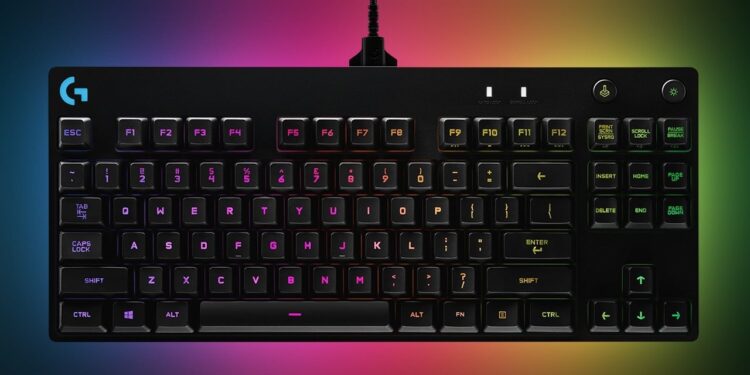 Gaming keyboards in recent years have become a dime a dozen. There have been plenty of brands looking to cash in on the continued boom in the gaming industry, especially amongst professional gamers and the eSports scene. But there are a few limited brands that have the hearts of fans and hardcore gamers across the industry. One such brand is Logitech – more specifically, the Logitech G brand. Having released the Logitech G Pro Gaming Keyboard a few years back, the brand has recently announced the latest iteration to the device.

Unlike many of the other brands pushing gaming keyboards, Logitech has opted for a reduced size variant. The question is whether this streamlined design approach still holds up compared to larger units, especially when comparing features and the likes.

As stated in the introduction, the Logitech G Pro keyboard has a significantly smaller frame than conventional gaming keyboards. It’s not quite the 60% compact keyboard category, but it’s also not the bulky units we’ve seen over the years. It’s classified as a “tenless” unit, which means that it includes most of the keys, apart from the Numpad.

This makes it much lighter than the majority of the units, which, in turn, makes it a lot more portable. Additionally, its reduced size also means that it can comfortably fit many desks, workspaces and other gaming spaces that are often overcrowded with larger keyboards. In terms of specifications, it measures 35x360x153mm, while weighing in at 900g.

The Logitech G Pro Gaming Keyboard is manufactured largely by means of plastic. This is standard across the industry, although some high-end gaming units do attempt to add more metallic elements. Its plastic finish, however, doesn’t make it less appealing. It has a solid chassis, regardless, which doesn’t flex whenever additional pressure is added. Its matte black finish also gives it a decent aesthetic, which does not look cheap by any means.

The unit has a detachable cable, which has a proprietary design. That said, it is fundamentally a microUSB cable, which can be replaced with any other equivalent if lost or damaged. Additionally, although the cable is detachable, it does not work without the cable, as it’s meant for wired-only use.

For the keys themselves, they too have a plastic finish. As with the frame, they’re solid and reliable. The keycaps are ABS, which is the most commonly used plastic by keycap manufacturers. The font on the keycaps is relatively faint, and don’t have the best visibility if you require visual confirmation on which keys you’re using.

That said, the unit does sport LED backlighting. This makes for impressive lighting effects, as well as makes it easier to see each of the key text. The lighting is also visible in direct sunlight. Although this won’t be a major requirement, it is worth noting.

There isn’t a very notable light bleed to note on the keycaps, with only the text section being visible, as required. The outlines of the switches do carry some of the lighting, but not much. Lighting, however, isn’t consistent in terms of brightness across the layout. Most keys have similar brightness, but there are a few that are visibly different. That said, you have to be paying close attention and on the lookout for this to notice, which I had not seen at first.

As mentioned above, the keyboard is wired-only. This makes the setup pretty straightforward using the default settings. To start, simply plug in the USB cable on both the keyboard and the laptop or PC and you’re good to start working.

Thereafter, you can make use of the G Hub application to tinker with the settings. This includes the LED lighting, key bindings, shortcuts and much more. In addition to the software customisation of the LED lights, you can also store a few options on the onboard memory and switch between them without the need for G Hub again. 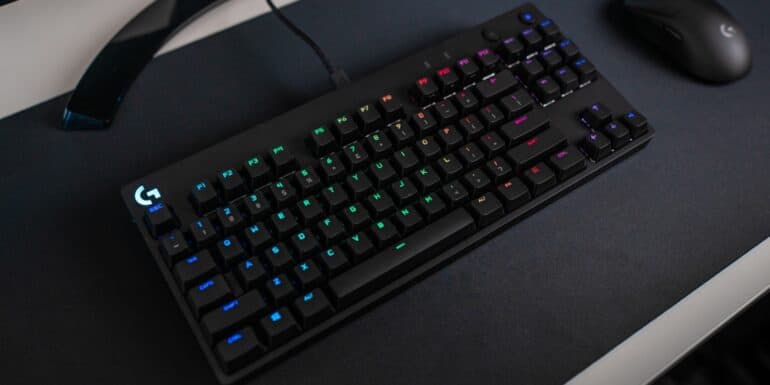 Further to the basic customisations as part of the setup, the Logitech G Pro keyboard does offer a bit more when it comes to the RGB LED lighting. Apart from being able to store individual lighting for each key, there’s also a host of transitions and effects to choose from. One of my favourites here is the “paint” option, which lets you depress each key and keep the lighting for a few seconds as you paint an image or pattern. There are also a few preset paintings to choose from which is pretty nifty.

The keyboard has some of the best animations and transitions I’ve come across. They work well and also look really great. There is one downside to the lighting in that it uses a mix of RGB diodes – a mix of red, green and blue. So, to get white, all the lights will illuminate, which doesn’t give you a true white light. That’s not too big of a train smash, though.

Since the keyboard doesn’t use Cherry MX keys, it doesn’t have the best in the form of performance on paper. However, in the real-world environment, it has a decent clicking actuator. It’s not loud, while also allows for super-fast typing. It’s not as accurate as you’ll get from more premium mechanical keyboards, but it works really well. You’ll need to decide on whether the trade-off on accuracy vs speed is what you want from a gaming keyboard. 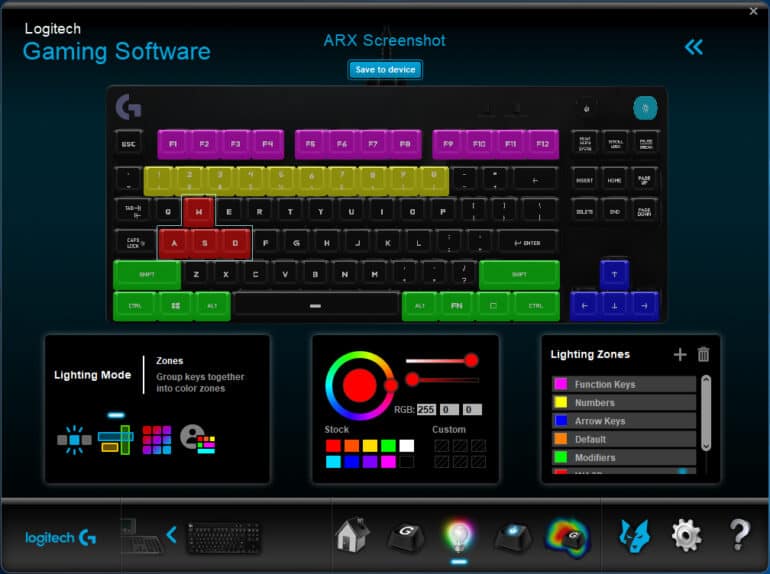 Should You Buy the Logitech G Pro Gaming Keyboard?

The Logitech G Pro Gaming Keyboard delivers quite a solid overall performance. It looks decent, feels good, and allows for speedy typing. However, when it comes to gaming, the preference is always to lean more towards accuracy instead.

The Logitech G Pro Gaming Keyboard will set you back roughly R2,000. That’s fairly steep for your average gamer. However, when you’re moving into the professional territory, it fits into the price bracket. At the same time, you’ll need to provide a lot more accuracy as you move up the ladder, which makes this keyboard a really hard sell. If you’re all for speed with a really funky lighting display, then this unit will definitely work for you.

The Logitech G Pro Gaming Keyboard is a solid unit. There’s a lot to enjoy about the unit, especially its animated lighting effects from the RGB backlit keys, as well as the ease of use for fast typing. However, with the slightly high cost and lack of standout features, it’s going to be a difficult option to choose if you’re in the market.