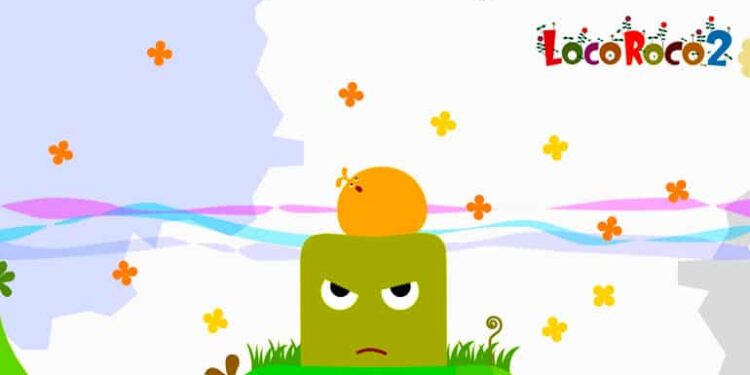 I fondly remember that back in the days of the PSP an oddly cute platformer starring a group of yellow singing blobs called the LocoRoco captured the hearts of many gamers. With the original LocoRoco game receiving a shiny new 4K remastered version earlier this year, it was only a matter of time before its sequel LocoRoco 2 would follow suit. With the gaming market being flooded with all kinds of remastered versions of classic games (some superior to other), how does the remaster fair? Is it worth returning to the brightly coloured and musical filled world of the LocoRoco after so many years? LocoRoco 2 starts where the first game left off. With the adorable LocoRoco beating back the Moja threat, peace has once again been restored to the colourful planet. However, (dum dum dum) the Moja refuses to give into the yellow blobs and decide to launch a fresh new attack on the planet. This time, armed with a powerful new musical weapon, an MWMD if you will (musical weapon of mass destruction), and with help from the Bui Bui (basically, the evil counterparts to the Mui Mui), the Moja sets out to retake the planet from the adorable LocoRoco.

If you think you’ve heard this before then you would be right. The plot feels very similar to the first game. In order to stop the Moja threat, players are tasked with guiding their character through the various stages by rotating the world around them, instead of directly controlling the actual LocoRoco. This is easier than it sounds and way more fun. What sounds like a deceptively simple gameplay mechanic turns out to be a lot more engaging than first meets the eye.

The controls are mainly left unchanged (L1 and L2 rotate the world, pressing both lets your LocoRoco jump and pressing the circle button breaks up your character into mini versions of itself or regroups them back into one single one). Using these basic controls, players have to navigate various environmental obstacles, complete impromptu minigames and defeat the evil Moja. It’s one of those games that sucks you in and has you wanting to finish “just one more level” before going to bed. For those completionists, there are now, even more, collectables to scour each level for, including some newly introduced musical notes. Visually, the LocoRoco games’ art style has never been very demanding. However, its basic, geometry focused, and colourful visuals still pop out from the screen as it did way back when it first launched. Thanks to the 4K graphics, the game’s minimalistic visuals still look absolutely gorgeous, although the same can not be said for the cutscenes, which have been upscaled and not remade for the remaster. This means that there is quite a bit of degradation to be found in these cut-scenes. It’s not the worst I’ve seen but compared to the game’s sharp and clear visuals during gameplay, it becomes very obvious. Although many gamers out there might fondly remember the LocoRoco games for their striking visuals and creative gameplay, it was the game’s memorable songs and music that made playing so much fun back in the day. Now, I don’t know if it’s because I’ve turned into a grumpy old man in the years after the original game’s release, but I can see the game’s songs becoming a bit overbearing for some. Having said this, my kids couldn’t get enough of the game’s catchy tunes, humming them at the dinner table, on our way to school basically and bombarding us with them at every opportunity. This is a testament to just how quickly the game’s music can get into your head, which isn’t always a bad thing.

LocoRoco 2 might not be the best remaster out there but it is a solid one that captures the wonderment of playing the game back when it was first released. Even if the quality of the cut scenes may be lacking, it doesn’t change the fact that LocoRoco 2 is a charming and memorable game that sucks you in with its catchy music and deceptively simple gameplay. If you are a fan of the series, then you owe it to yourself to get the game.

Hopefully, Sony will finally develop the long overdue third instalment in the series. 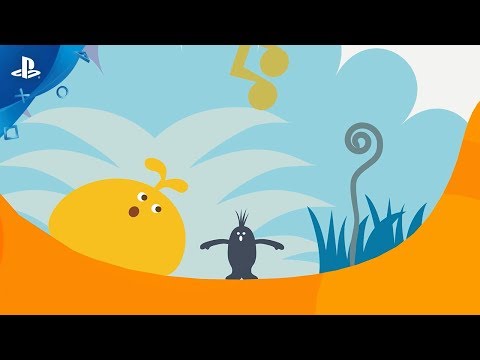