Lobo/Road Runner Special #1 Review – It Could Have Been Brilliant 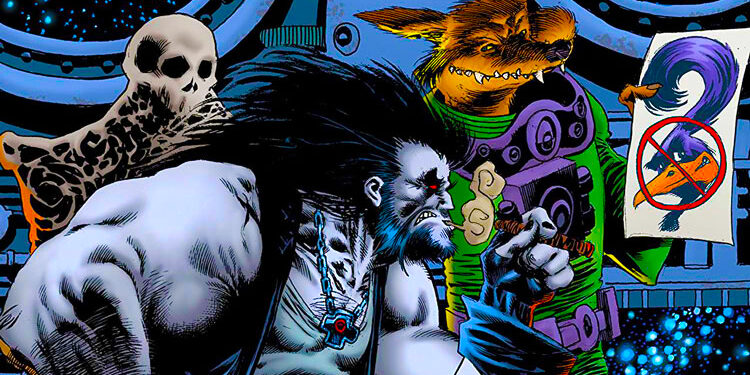 Some comic book crossovers just seem to be such a natural fit, and this is one of them. The ultraviolent Lobo (now he’s finally been returned to the way his fans love him) never fails on a job. Road Runner can never be caught. As for Wile E. Coyote, he’s smart enough to call in some outside help when needed. Lobo/Road Runner Special #1 should be a slam-dunk. So how could they get it so wrong?! In 1949, a team of ACME scientists performed a series of experiments, where they spliced alien DNA with that of Earth animals. After one test subject – a wily coyote – escaped and released his fellow inmates, he found himself driven by an insatiable desire to feed on a fellow captive: a mutated roadrunner bird. Nearly seventy years later, the coyote has decided to finally abandon his impossible quest of catching that bird. Yet in one last attempt, he recruits alien bounty hunter Lobo to do the job for him…

Maybe it’s because there’s so much build-up in trying to logically explain how Wile E. and Road Runner can exist in the same universe as Lobo, that it misses the point. Lobo himself only appears quite late in the story because of all that effort, and when he does he’s boring. Road Runner makes so little impact on the story that you don’t even realise he’s in this. As for Wile E., by the end, he’s doing almost nothing. The truly sad thing though is that neither the writing nor the art is bad. In fact, they’re wonderful. The background story is intelligent, Coyote’s tale is fascinating, and Kelley Jones’s art is an absolute treat as always. There’s so much promise here, and the final panel makes you wish they’d started the story from that point because it has so much potential.

Unfortunately, this is one of those stories that you wish they’d just let rip with, and they don’t. It should be a Road Runner cartoon on steroids, more demented, anarchic and lightning-fast than ever before because Lobo allows that to happen. Instead, we get a slow-paced character study on Wile E. that ultimately leads to nothing.

It’s easy to appreciate the subverting of expectations and, with great writing and great art, it’s impossible to hate. But you can’t help but wish that they’d made Lobo/Road Runner Special #1 a whole lot more fun, and given the readers what they want.

The backup Looney Tunes-style story is equally disappointing, with Lobo forced in to doing just that by Bugs and the Warner Bros. legal team. Except instead of inspired chases, the reader is offered weak jokes which attempt to break the fourth wall and be meta, but just fall flat.

Lobo/Road Runner Special #1 could have been brilliant and, in its own way, it really is. But if you’re looking for a comic that delivers what you’re hoping for, prepare for a big disappointment.