Warner Bros. has released a new Japanese trailer for the upcoming live-action Blade of the Immortal adaptation based on the popular manga comic.

BLADE OF THE IMMORTAL is the story of Manji, a warrior cursed with immortality after his actions caused the death of 100 samurai… a curse that will hold until he kills 100 evil men. Manji is recruited by Rin Asano (Hana Sugisaki), to take vengeance against the men who killed her parents.

Manji’s younger sister is killed in front of him. With his wrecked body, he still takes revenge. A mysterious woman appears in front of Manji and gives him eternal youth and immortality. Rin Asano’s parents are killed by the swordsmen group “Itto ryu” and her parents’ fencing studio is destroyed. To take revenge, she asks Manji to be her guard. Rin and Manji begin their fight against “Itto ryu”.

Dark Horse Comics published the Blade of the Immortal manga in North America, and is currently re-releasing it in omnibus form. 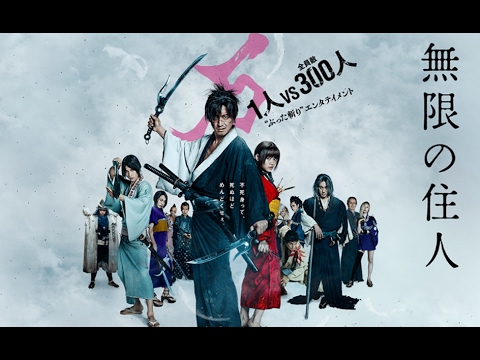